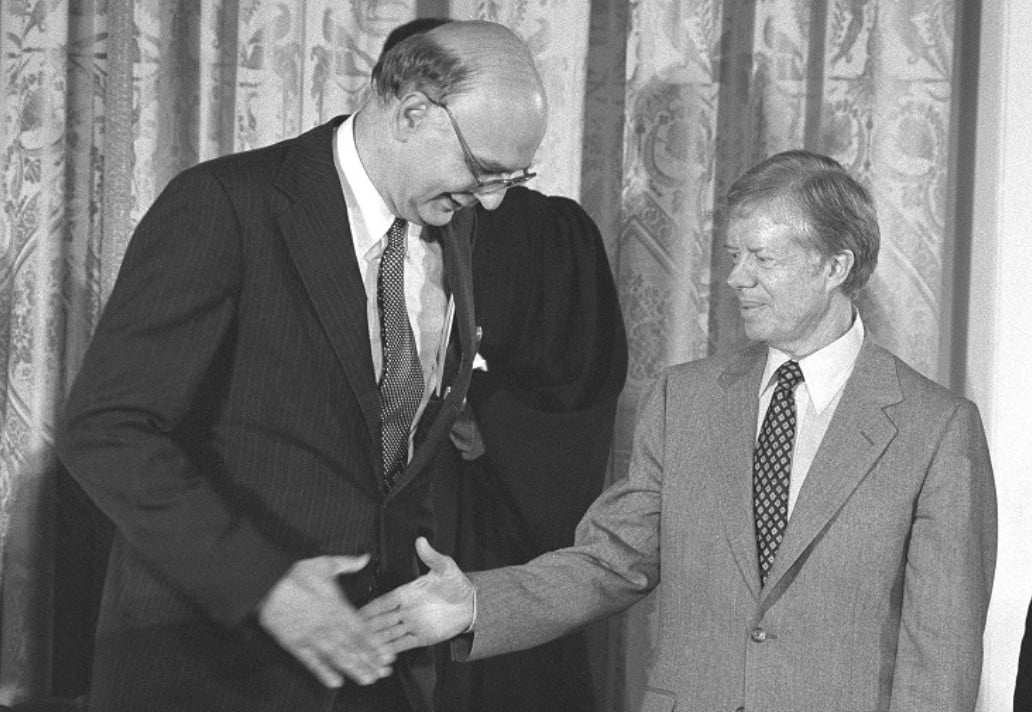 …by F. William Engdahl for New Eastern Outlook, Moscow and VT,…and the Institute of Oriental Studies of the Russian Academy of Sciences, a research institution for the study of the countries and cultures of Asia and North Africa.

Paul Volcker, former chairman of the Federal Reserve during the 1980’s, has died at age 92. Major media are writing words of praise for the banker who “killed inflation” in the wake of the 1970’s oil crises and food price crisis. Volcker’s true legacy is far less positive.
–
No one person did more to bring about the dysfunctional debt-bloated financial system we have today than the former Chase Manhattan Bank economist who spent most of his life in the employ of America’s most powerful oligarch family.
–

Two major events define the true Volcker legacy. First was in August 1971 when he was a senior official in the US Treasury under Nixon. The second was as Jimmy Carter’s Fed chairman beginning in October 1979. These define the events that led to the deindustrialization of the United States and the economic collapse of most of the once-developing world beginning four decades ago.

The Break with Gold

During the 1960’s the US economy began a serious crisis of under-investment. The world-class industries built up during and just after World War II, from steel to aluminum to Detroit cars were all badly in need of modernization and investment.

Europe had rebuilt its industry after the devastation of the war and especially Germany and France were competing with US on the world market with often more advanced state-of-the-art industry. Their economies were earning dollar surpluses for their exports. The problem was that those US dollars were no longer backed by the world’s strongest economy.

By the beginning of the 1960s, as Europe began to grow at rates outpacing that of the United States, it was becoming clear to many that something had to change in the ﬁxed Bretton Woods arrangement. But Washington, under the growing inﬂuence of the powerful New York banking community, led by Citibank and David Rockefeller’s Chase Manhattan Bank, refused to play by the very rules it had imposed on its allies in 1944.

New York banks began to invest abroad in new sources of higher proﬁts. This vast outﬂow of vital investment capital turned the decade of the 1960s into a succession of ever worsening international monetary crises.

New York’s international banks were earning huge proﬁts by walking away from investing in America’s future. Between 1962 and 1965, U.S. corporations in western Europe earned between 12 and 14 per cent return, according to a January 1967 Presidential Report to Congress, double that for US industry investment.

By the end of the 1960’s European central banks were holding large dollar surpluses from trade and investment, urged by Washington not to redeem them for gold as allowed under Bretton Woods.

French President Charles de Gaulle, on advice from his economic strategist Jacques Rueff, criticized the Johnson Administration for ignoring the 1944 Bretton Woods agreement by refusing to revalue the dollar price of gold.

Rueff had proposed a 100% dollar devaluation to restore fairness and stability to the monetary order. Wall Street and the Washington administration rejected anything of the sort. It would reduce the power of the US international banks.

Bretton Woods was a Gold Exchange Standard which set every currency to the US dollar and only the dollar to gold at the fixed price of $35 it held since the Great Depression in the 1930’s. In 1944 the US was by far the world industrial leader and held the vast majority of central bank gold, so Bretton Woods was reluctantly accepted by other countries.

But by the 1960’s exploding US budget deficits, mainly caused by costs of the growing war in Vietnam, in effect exported dollar inflation to US allies. Beginning the mid-1960’s major countries, led by France and later Germany, began to demand the US Federal Reserve redeem their dollar trade surpluses in gold from the New York Fed, custodian for the US Government gold.

In 1967 France determined to exchange its dollar and sterling reserves for gold, leaving the voluntary 1961 Group of 10 gold pool arrangement. By 1971 with Nixon as President, the dollar crisis was growing untenable as official gold was down to only 25% of US foreign liabilities.

If all dollar holders demanded gold, the US couldn’t redeem. With gold prices on world markets rising by the day, dollar holders were demanding US gold for the paper.

Jacques Rueff continued to plead for a $70 gold price, arguing that that would calm speculation and let the US redeem the Eurodollar balances abroad without causing severe US economic damage. It would have made US industrial exports far more competitive and sparked a revival of US industry as well he argued.

Instead, Nixon followed the advice of his Treasury and notably, that of the Under Secretary for International Monetary Affairs, Paul Adolph Volcker. Volcker had come to the Treasury from the post as Vice President at David Rockefeller’s Chase Manhattan Bank. David Rockefeller and Volcker were to cross paths continuously in the coming decades.

On August 15, 1971, Nixon announced formal suspension of dollar convertibility into gold, effectively putting the world fully onto a fiat dollar standard with no gold backing. He unilaterally ripped up a US Bretton Woods treaty agreement and the world was forced to swallow the huge negative consequences of floating exchange rates.

Four months later in a compromise known as the Smithsonian Agreement, which Nixon called “the most significant monetary agreement in the history of the world,” (sic) the United States formally devalued the dollar a mere 8 per cent against gold, placing gold at $38 instead of the long-standing $35, a meaningless move.

Wall Street had beaten Main Street and US industry. It was the actual beginnings of American deindustrialization in favor of what later would be called “globalization.” Years later Volcker would call his role in the suspension of gold convertibility, “the single most important event of his career.”

By 1973 Nixon’s Secretary of State, Henry Kissinger, another Rockefeller protégé, orchestrated events that erupted in the October, 1973 Yom Kippur War, a war that was actually manipulated to trigger an OPEC oil embargo that would raise the price of the world’s most valuable commodity by 400% in months.

The US dollar, though few understood, had gone from a gold-backed currency to a petrodollar-backed currency. Washington made sure OPEC would sell oil only in US dollars, a pact that held until Saddam Hussein broke it decades later.

Paul Volcker’s role in August, 1971 to decouple the dollar free from gold was key to the Petrodollar strategy. Saudi Arabia, Iran and others in OPEC recycled their huge petrodollar gains to London where Chase Manhattan and other New York and London banks relent it to developing countries at low “floating” interest rates.

By 1979 the dollar was in a new crisis as the toppling of the Shah in Iran led to a second major oil price spike and a dollar crisis. A troubled Jimmy Carter was convinced by his good friend David Rockefeller to name Paul Volcker as chairman of the Fed to calm markets and stabilize the dollar.

Volcker had left Washington in 1974 to become President of the New York Federal Reserve. He was also one of the founding members of David Rockefeller’s highly influential and little-known Trilateral Commission along with Zbigniew Brzezinski and a Georgia peanut farmer named Jimmy Carter. Carter owed his Presidency to David Rockefeller and filled his cabinet with Trilateral members.

When Volcker took control of the Federal Reserve by October, 1979 he unleashed a monetary shock that sent Fed interest rates to 20% in weeks and plunged the US economy into the most severe collapse since the 1930’s. He claimed it was necessary to “squeeze inflation out of the system.” Volcker blamed the inflation on trade unions and small producers who were simply struggling to keep up with soaring prices of energy and food.

When Volcker convinced Nixon to break with gold in 1971, that triggered the first rise of post-1945 inflation as the dollar’s value plummeted making import prices higher. Nixon tried to stop it with wage-price controls in 1971. That restricted business activity, slowed growth.

Before Carter became President in 1977, Nixon had ordered the Fed to get rid of the effects of oil and food in the Consumer Price Index. The result was the fake number known as “core inflation,” minus oil and food. In his interest rate actions after October, 1979 Volcker never mentioned the true inflation came from David Rockefeller’s machinations in the 1970’s with OPEC.

Instead he argued the population’s rising living standard was the problem. In defending his controversial monetary shock therapy, Volcker notably told the New York Times’ David McNally, “The American standard of living must decline.”

Decline it certainly did, as the economy was plunged into deep recession from 1980 through 1982, with unemployment above 10% as bankruptcies across construction, farming and industry deepened. By 1982 the soaring dollar interest rates had devastated the entire world economy owing to the primacy of the dollar.

It triggered what came to be known as the Third World debt crisis from Mexico, Argentina Brazil to Yugoslavia, Poland and beyond. The Volcker interest rate policy combined with his decoupling of the dollar from gold set the stage for what has been the greatest inflation of all, the world inflation from 1971 through today.

Between 1971 and the early 1990’s, shortly after Volcker left the Fed, the volume of dollars in world circulation has expanded by more than 2,500% as gold no longer limited creation of dollars.

Paul Volcker should be remembered, but for what he really did, not the mythology invented by his backers on Wall Street. His entire career, like that of his long-time associate Kissinger, was tied to the Rockefellers. Volcker left the Fed in 1987 and was named to the Trust Committee of the Rockefeller Group.

He was long-time member of Rockefeller-founded Bilderberg and Trilateral Commission groups, as well as chairing the Wall Street investment firm, Wolfensohn & Co. of James D. Wolfensohn , who later became president of the World Bank. If we trace the actual actions of Paul Volcker from 1971 on we better understand the origins of the crisis the world economy is in today.