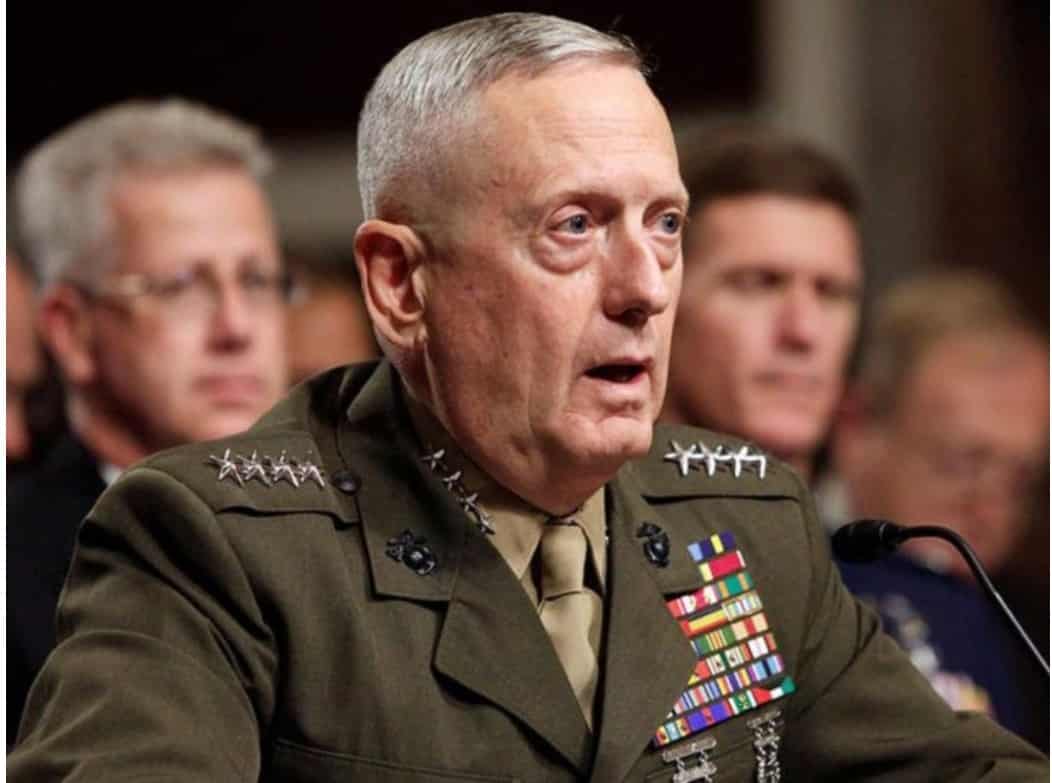 American foreign policy, not just toward Russia and China, but the world, in general, isn’t built on political theory or national interest. There is no manifest destiny or more than lip service for spreading democracy leading the dialog.

Whatever artifice may have served for so many years, blinding all but the few, Ezra Pound, Martin Luther King, so very few, nothing remains, nothing to anchor to, nothing to believe in.

Sometimes looking in a mirror can be a horror.

America exists to foster war, poverty, discord, and strife. All information, delivered through fake education, propagandized entertainment, phony intelligence, invented news or the innuendo and smears of social media and Google, is created by “lobbyists.”

Information is reality and creating fake information while erasing all else is the biggest industry of the digital age.

The lobbyists, in turn, employ “think tanks,” thinly veiled propaganda fronts for the cabal of military elites, intelligence agencies and financial criminals who suck the life out of the world.

Those who don’t travel outside the US are unaware of how the American nation is seen by others. America is hated, it is a laughing stock, it is reviled and for those who are forgiving, Americans are felt sorry for.

Others still, those who once admired or depended on America, most often out of ignorance and gullibility, feel a sense of grief.

America is where she is today, oligarchical, a land of lies and censorship, where propaganda and hate reign, because lesser men sought positions of power and leadership without seasoning in battle, without a classical education, and without a moral center.

America will not be giving birth to a Marcus Aurelius, not in this century and if she survives, something in doubt, in the next as well.

After this broad indictment, let us take one area and examine the costs as well as the causation. As is so often the case, we turn to Donald Trump, current “chief alligator” in the Washington “swamp.”

His stumbling pronouncements, his pugnacious ignorance so often rings true when gauged among even his lesser creatures.

The way in Washington and across America is a simple one, no matter how often you get caught lying, keep to the story, repeat the lie and the lie will take on a life of its own.

Children were born hating Russia of parents and grandparents who hated African Americans and will grow and mature hating, on cue mind you, Muslims, Jews or whoever they are told to hate.

Then we look to causation.

Washington exists with one purpose, to tax and spend. The nation is taxed, with a combined tax rate of 55% of GNP, at a higher rate than any European “welfare state” with cradle to grave food and housing guaranteed for all.

Yet in America, poverty is rampant, generations are born into debt, where even those with a university education spend decades hovering at near minimum wage, denied homeownership, reluctant to start a family, marginalized for life with the lucky inheriting a home or retirement nest egg with the death of parents; dreams denied, and a life wasted.

Behind the wall of anger and division is fear. You see, if you are poor you are vulnerable. Without money, any American can go to prison.

Serious illness can mean bankruptcy or death or both.

Nearly 100 million Americans are three weeks from homelessness and starvation with no safety net in existence, not anymore. You can smell the fear.

The fearful are vulnerable, gullible, fodder for manipulation.

At the center of it all is the functionally illiterate and morally flexible who see themselves as leaders. All are laughable. None are physically brave, none show moral courage, perhaps a very few and even that can be feigned, our cynicism has grown this deep.

Most of all, as the post-war generation that gave us the final insult of Donald Trump dies off, we are left with those who embrace the moral code of the Reagan years, steal it all, do anything to get ahead, no lie is too vile, no obligation or trust should stand if inconvenient. Where does this bring us?

Today we look at General James Mattis, a Marine combat veteran with endless medals and ribbons. Mattis, Trump’s former Secretary of Defense, is trolling the swamp for something, is he selling books, does he want to be a senator, we aren’t yet sure, but he is a curious character, one worth a look.

When I think of such things, what Washington calls heroics, I see in my head the image of 1200 dead Marines floating off the beaches of Tarawa or of my own evenings in Vietnam, at times the stuff of Hollywood war films, albeit with a nasty tinge of reality long passed.

Now we hire an army, often illegal aliens we quickly deport when the fighting is done, should they survive, wars fought with drones and missiles or by “heroic” pilots most often against hapless civilians. Rising to the top of such a military organization or serving in a government that feeds off the business side of murder is why America is where it is.

The city of Washington DC is where cash is skimmed off the top and, once the oligarchs have fattened themselves enough, a road might be paved, or a dam built. Let us focus now on one tiny ray of light, or is it?

General James Mattis has just written a book on America, citing his concerns for the political divisions that have grown so severe, partially on his watch, that the nation faces disintegration.

During his recent interview by the Washington Post, Mattis, in boyish tones, halting, using the language of a country bumpkin, though Wikipedia describes Mattis as an “intellectual” is obviously seeking the adoration of the American public as an alternative to Trump, less hateful, less corrupt, less, quite frankly, fat.

Mattis offers solutions, we must work together, we must love one another, we must find a better way. Then, ten minutes later, he makes the case for war upon war, based on assertions entirely based on “alternative facts.”

The word that comes to mind is schizophrenia.

Mattis and I entered the Marine Corps at nearly the same time. I went to Vietnam to serve in a combat unit while he deployed, decades later, to the Gulf War as a battalion commander.

One wonders, I certainly do, what Mattis might have been like if he had spent months behind enemy lines in Vietnam, learning about war “upfront and personal.” Funny how very very few heroic combat leaders have ever actually seen combat except driving past or on TV.

This is December 2019, a good time to sell books as holiday gifts and Mattis, a former Marine general and Trump’s one-time Secretary of Defense, is a rare person of reason and deliberation, or so he seems. Mattis had worked for my good friend, Gwenyth Todd at the National Security Council, in the White House some years ago. Todd has always spoken very highly of Mattis.

Yet, as I watch Mattis speak, fed marshmallow questions by the Washington Post, making assertion after assertion “not in evidence” about nation after nation, smearing some with outright falsehoods while defending others deserving of vilification, I find myself cringing.

The more he speaks, the clearer it becomes that, past the relatively carefully chosen words, a great emptiness dwells, one made of privilege, of toadying, of mediocrity.

Yet still, behind it we see something else, history fictionalized, erased, rebuilt of “new think” into the unrecognizable. Millions dead, the lessons learned, erased from our world as though by a Google algorithm.

What becomes clear, seeing Mattis, perhaps the best of the lot, is that nothing will come out of Washington but lies. It is also clear that Mattis has never seen real intelligence, knows nothing of real history nor has he been exposed to any narrative not fabricated to support his insular outlook steeped in fakery.

This is a man who was “there,” generally in command of something, often at or near the pinnacle of power, when the US killed millions over long proven lies and yet no remorse, no taking of responsibility, no admissions even when confronted with the recent publication by the Washington Post of documentation recently declassified that proves his own role in Afghanistan to be inexcusable.

Not one question about Afghanistan, about the lies, the corruption and waste and his own failures there and yet Mattis, even by my own admission, is one of the best of the lot.

This leaves us with a sad truth. There isn’t a single serving military leader left in the US that can claim they fought corruption, spoke honestly of the futility of illegal wars or risked personal gain by spreading the truth.

There is no one, not even Mattis, and he is one of the best.

In fact, not a single American officer, who wasn’t run out of the military, has spoken up, none, not even Mattis.

He is still there, childlike, almost lovable, an honest face, a simple voice, but the message, in that the festering stench of disease is overwhelming.