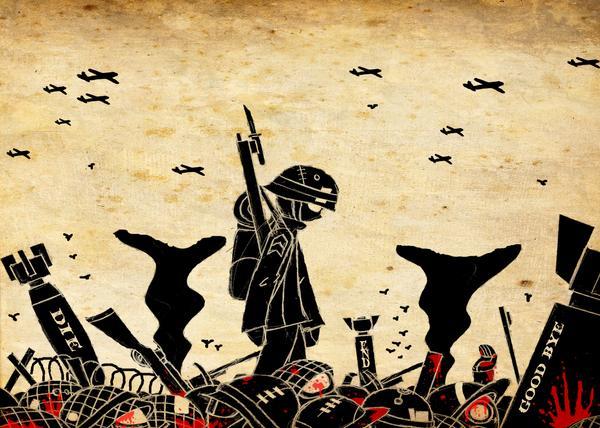 Mike’s Notes: It has been said that those who don’t learn from history, are doomed to repeat it. Not only did the US fail to learn the lesson provided by the Soviet Union’s defeat in Afghanistan, but we also did not learn from our own experience in trying to fight a war on religion.

Like most Americans, I received my history education in high school and college. At the time, I did not realize that what I was learning was carefully crafted to only highlight our positive achievements with less positive events heavily redacted.

I never heard about the Moro War, and now reading about it, I find our current Middle East involvement eerily similar.  It seems that we have learned nothing in the last 100 years. We always make the same mistakes over and over ad nauseum.

For a decade and a half, the U.S. Army waged war on fierce tribal Muslims in a remote land. Sound familiar?

As it happens, that war unfolded half a world away from the Greater Middle East and more than a century ago in the southernmost islands of the Philippines. Back then, American soldiers fought not the Taliban, but the Moros, intensely independent Islamic tribesmen with a similarly storied record of resisting foreign invaders. Precious few today have ever heard of America’s Moro War, fought from 1899 to 1913, but it was, until Afghanistan, one of America’s longest sustained military campaigns.

Popular thinking assumes that the U.S. wasn’t meaningfully entangled in the Islamic world until Washington became embroiled in the Islamist Iranian revolution and the Soviet invasion of Afghanistan, both in the pivotal year of 1979. It simply isn’t so. How soon we forget that the Army, which had fought prolonged guerrilla wars against tribal Native Americans throughout the nineteenth century, went on—often led by veterans of those Indian Wars—to wage a counterinsurgency war on tribal Islamic Moros in the Philippine Islands at the start of the new century, a conflict that was an outgrowth of the Spanish-American War.

That campaign is all but lost to history and the collective American memory. A basic Amazon search for “Moro War,” for instance, yields just seven books (half of them published by U.S. military war colleges), while a similar search for “Vietnam War” lists no less than 10,000 titles. Which is curious.

The war in the Southern Philippines wasn’t just six years longer than conventional American military operations in Vietnam, but also resulted in the awarding of 88 Congressional Medals of Honor and produced five future Army chiefs of staff. While the insurgency in the northern islands of the Philippines had fizzled out by 1902, the Moro rebels fought on for another decade. As Lieutenant Benny Foulois—later a general and the “father” of Army aviation—reflected, “The Filipino insurrection was mild compared to the difficulties we had with the Moros.”

Here are the relevant points when it comes to the Moro War (which will sound grimly familiar in a twenty-first-century forever-war context): the United States military shouldn’t have been there in the first place; the war was ultimately an operational and strategic failure, made more so by American hubris; and it should be seen, in retrospect, as (using a term General David Petraeus applied to our present Afghan War) the nation’s first “generational struggle.”

More than a century after the U.S. Army disengaged from Moroland, Islamist and other regional insurgencies continue to plague the southern Philippines. Indeed, the post-9/11 infusion of U.S. Army Special Forces into America’s former colony should probably be seen as only the latest phase in a 120-year struggle with the Moros. Which doesn’t portend well for the prospects of today’s “generational struggles” in Afghanistan, Iraq, Syria, and parts of Africa.