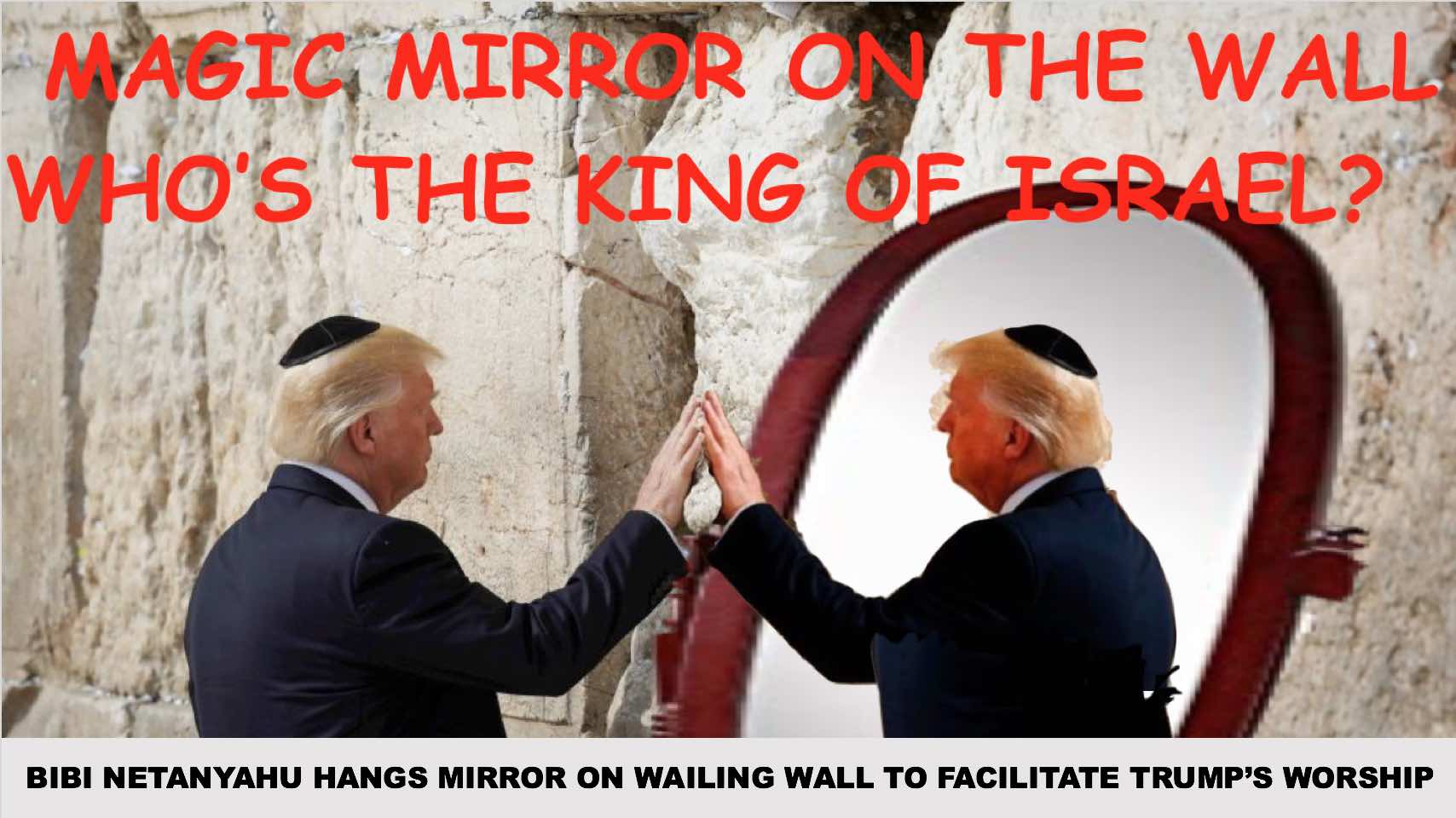 In the wake of President Trump’s executive order banning criticism of Israel and making “Jewish” a nationality, the White House announced yesterday that Trump will go one step further and claim “King of Israel” nationality and “Second Coming of God” status, effectively exempting himself from criticism.

Trump, who annointed himself King of Israel and Second Coming of God last August, is expected to issue a new executive order tomorrow making “King of Israel” a protected nationality and “second coming of God” a special religious identity off-limits to sacrilege, blasphemy, heresy, or any other form of criticism. Once the order has been issued, anyone criticizing Trump will be arrested for hate speech (due to his protected nationality) and sacrilege (due to his special religious status) and summarily tortured and burned at the stake.

Trump, who has repeatedly gone on record supporting torture because it “absolutely works,” is expected to mount a similar defense of burning-at-the-stake. A White House insider reports that the President believes the only way to make “Trump-haters” stop criticizing him is to threaten to burn them to death on the White House lawn, where he can watch the proceedings through the window of his Oval Office.

Though some Republicans privately said they think Trump’s plan to ban criticism of himself goes too far and may even be unconstitutional, none were willing to publicly oppose it for fear of angering the Israel lobby, which views Trump as their Messiah and avidly looks forward to seeing BDS supporters barbecued. “The acrid aroma of their roasting flesh will be pleasing to Lord Yahweh,” explained Mike Pence in a statement jointly issued by the Vice President’s office and the Conference of Presidents of Major American Jewish Organizations.

As for the Democrats, they have been too busy raising money from liberal Zionists, and pursuing impeachment on Russia-Ukraine related issues, to raise much of a fuss about Trump’s insanely unconstitutional executive orders.