…from the Association for Defending Victims of Terrorism, Iran

[ Editor’s Note: Iran’s citizen anti-terrorism efforts get zero coverage in the West, probably because they are supported by such a wide cross section of the community that there is no easy way to spin their efforts as some kind of extremist Muslim plot. Hence the new coverage blackout, but not here at VT.

We have a lot of sympathy for blackout victims, as NEO contacted us today that Gordon’s last article, America’s Pyramid of Lies was being blocked in the US, UK, and EU for part of the day…just that single article. Welcome to the club.

What we also see going on with our Iran anti-terrorism partners is a major cross-generational approach to weave their terrorism victimization history into their cultural. They know if they do not do this, the younger generations will not be able to carry the torch when their time comes.

We are aging, and we see slim pickings among the millennials for carrying a candle for any VT issues.

Does anyone want to ask how many invitations key VT people have received to speak at a US university campus in the last decade, including all the liberal ones? How about zero.

We are not without friends in high places, but they often have to be “quiet friends” due to their positions. As one security group said about us, “What we like about you guys is that you are everything that General Flynn is not.”

The 9-11 survivors’ families were the most heavily compensated of any group so far, and their voice has disappeared, even though the official 9-11 commission story has been shredded like New Year’s Eve confetti in Times Square. The Iranians have done more with less for their victims’ families, and we salute their efforts… Jim W. Dean ] 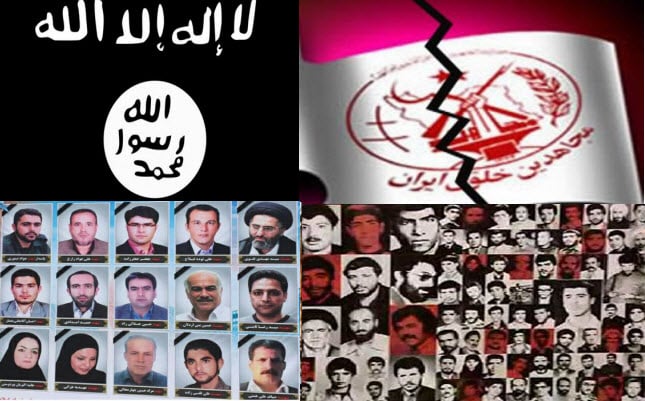 Terrorism is a vicious phenomenon which is recruited by the dominant powers and endangers peace and security of human society with a continuous violence and made peace building impossible.

The meeting was organized by ADVT office in Golestan Province in cooperation with Islamic Azad University, Foundation of Martyrs and Veterans Affairs of the province and was attended by security and political deputy of the Provincial Government,and executive director of women affairs of Provincial Government.

Farideh Jani Hezarroudi, officer of ADVT office at Golestan said “Terror and terrorism are the most challenging issues of the world today and serious threats to global peace and security. This vicious phenomenon, which is recruited by the dominant powers, endangers peace and security of human society with a continuous violence and made peace building impossible.”

She added that “One of the most important goals of terrorist attacks is to create insecurity and horror in human society. The presence of victims of terrorism and their families in raising the awareness of the public opinion at national and international level plays an important role in revealing the real nature of the terrorist groups which are pursuing their inhumane acts by abusing human rights concepts.”

Hojjat al-Eslam Seyed Ali Taheri, the president of Islamic Azad University of Gorgan stated “We live in a world where politicians of hegemonic states strive to distort the realities of the world for their own interests.” He continued “Although Islam is considered as a peaceful religion, many efforts have been made to accuse this religion of terrorism, while Muslims, especially the Iranian people, have suffered the most in the past few decades.”

The president of Islamic Azad University of Gorgan said “Hegemonic powers seeks to increase the cost for independent countries and put the stigma of terrorism on Islamic nations by backing terrorist groups such as ISIS.

But this shame is still evident in their inhumane policies. Today, there is no one in the country who is unaware of the crimes of the Mujahedin-e Khalq Organization (hypocrites). The young generation must know how we made effort for the Islamic Revolution until now.

In another part of the meeting, Ms. Ehsaneh Ahmadi Golsefidi, university lecturer of psychology argued that “Terrorism and its motivation are very important and according to the hierarchy we can divide the roots of terrorism into the physiological needs, the need for safety, the need for belonging, the need for respect, and the need for self-healing, respectively.

What we are looking at is the psychological consequence of terrorism, that is, fear, and this fear today is so pervasive that it cannot be defined geographically. The purpose of terror, as the word itself implies, is to terrorize and spread fear among the people. For this goal, the terrorists target the civilians, and the selection of these targets will cause anxiety among the people.”

The university lecturer pointed out “The message of terrorism is clear and the terrorist wants to say that anyone can be targeted anywhere and anytime, and this is what increases the anxiety of terrorist acts.

Dr Ahmadi concluded “Causes such as the role of personality disorder, disruption of thinking, lack of satisfaction of biological and psychological needs are some of the reasons people tend to commit terrorist acts.”

She continued “Regarding the new concept of peace, approaches have also changed. The obligation to maintain peace and to try to prevent violence and extremism based on the modern definition of the international community is not only the responsibility of governments, but also of other international actors, such as international organizations, real and legal persons and parties.”

In the end, Dr. Alizadeh pointed out that today, after the wars the world faces challenges with terrorism which plays a crucial role as a main threat in the world.

Israfil Vaziri, Director of Foundation of Martyrs and Veterans Affairs in Golestan County said: Terrorism is a challenge before Islamic Republic of Iran is from its onset.

He referred to the session of “World without Terrorism” and added that branch of the Association for Defending Victims of Terrorism in Golestan, in cooperation with Islamic Azad University and Foundation of Martyrs and Veterans Affairs in Golestan, has managed this session.

It is a very good essay for answering the question of how we can extirpate violence from world and to evaluate effect of narratives of terror victims in convincing public opinion toward hindering the terrorism.