Note: Some who are familiar with the base indicate that the US may still use this facility, north of Cambridge, for rendition, torture and interrogation.  Not more can be said.

BBC London: A US woman will be charged with causing the death of teenage motorcyclist Harry Dunn by dangerous driving.

Mr Dunn, 19, died in a road crash in Northamptonshire in August that led to suspect Anne Sacoolas leaving for the US under diplomatic immunity. 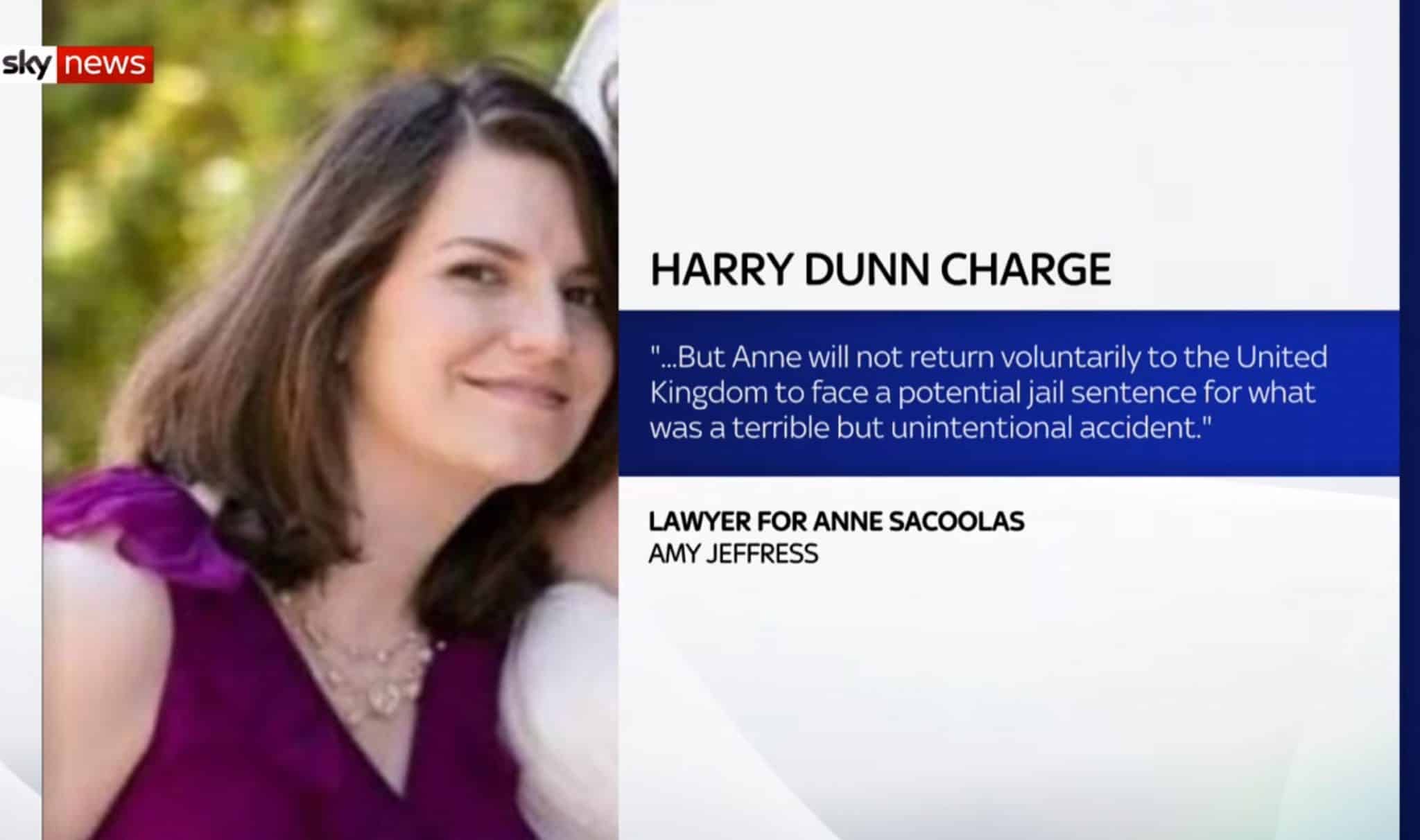 The Crown Prosecution Service (CPS) said it had started extradition proceedings through the Home Office.

US officials said it was not “a helpful development” and Mrs Sacoolas’ lawyer said she would not return to the UK.

Lawyer Amy Jefress said: “Anne will not return voluntarily to the UK to face a potential jail sentence for what was a terrible but unintentional accident.”

Outside the CPS headquarters she said: “We feel that we have made a huge step in the start of achieving the promise to Harry that we made.

“We made that promise to him the night we lost him to seek justice thinking it was going to be really easy.

“We had no idea it was going to be so hard and it would take so long.”

Mr Dunn died after his motorbike was in collision with a car owned by Mrs Sacoolas outside RAF Croughton where her husband Jonathan worked as an intelligence officer.

Mrs Sacoolas, 42, left the UK and returned to her native US, claiming diplomatic immunity.

A statement from the US State Department said that at the time of the crash Mrs Saccolas had “status that conferred diplomatic immunities” and added the foreign secretary “stated the same in Parliament”.

It added: “It is the position of the United States government that a request to extradite an individual under these circumstances would be an egregious abuse.

“The use of an extradition treaty to attempt to return the spouse of a former diplomat by force would establish an extraordinarily troubling precedent.

“We do not believe that the UK’s charging decision is a helpful development.”

A statement via her lawyer said Mrs Sacoolas had “co-operated fully with the investigation and accepted responsibility”.

It added: “This was an accident, and a criminal prosecution with a potential penalty of 14 years’ imprisonment is simply not a proportionate response.

“We have been in contact with the UK authorities about ways in which Anne could assist with preventing accidents like this from happening in the future, as well as her desire to honour Harry’s memory.

“We will continue that dialogue in an effort to move forward from this terrible tragedy.”