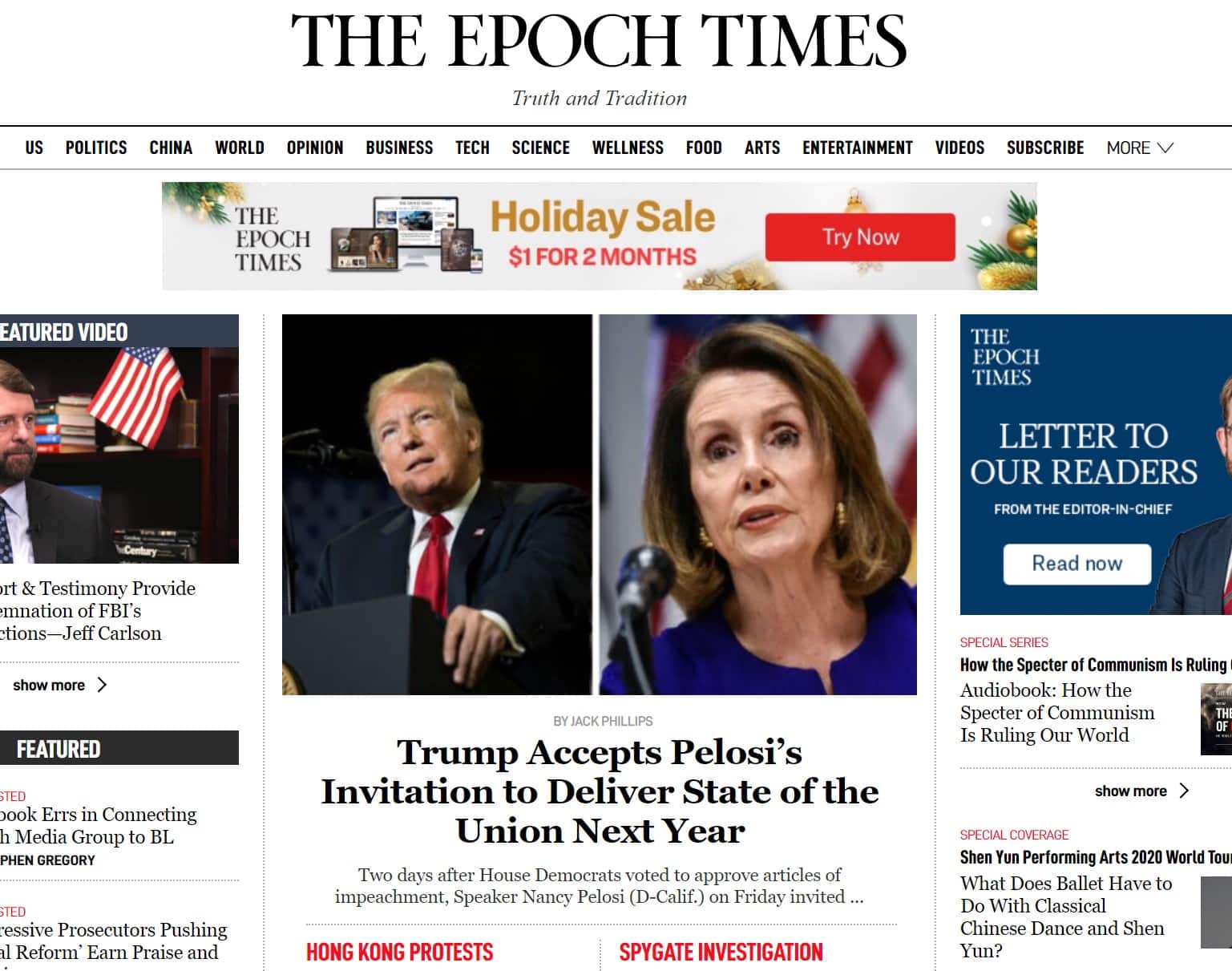 MSNBC New York: Facebook took down more than 600 accounts tied to the pro-Trump conspiracy website The Epoch Times for using identities created by artificial intelligence to push stories about a variety of topics including impeachment and elections.

The network was called “The BL” and was run by Vietnamese users posing as Americans, using fake photos generated by algorithms to simulate real identities. The Epoch Media group, which pushes a variety of pro-Trump conspiracy theories, spent $9.5 million on ads to spread content through the now-suspended pages and groups.

“What’s new here is that this is purportedly a U.S.-based media company leveraging foreign actors posing as Americans to push political content. We’ve seen it a lot with state actors in the past,” Facebook’s head of security policy, Nathaniel Gleiche, said in an interview.

The network had over 55 million followers on Facebook, almost double the following of Kim Kardashian West.

The accounts pushed anti-impeachment and pro-Trump messages while otherwise posing as everyday Americans. Sometimes the accounts featured obvious errors. One moderator of a popular “BL” page was named “Ellen Dancey,” but featured an AI-generated face of a man. Dancey’s sole post to his profile page read “Hello, wellcom to my face book.”

The network of fake pages included 89 pages, 156 groups and 72 Instagram accounts. Epoch Media Group, which runs The Epoch Times, is run by practitioners of Falun Gong, who believe the world is soon headed for a judgment day, where all those labeled as Communists will be sent to hell. One former Epoch Times editor told NBC News in August that practitioners “believe that Trump was sent by heaven to destroy the Communist Party.”