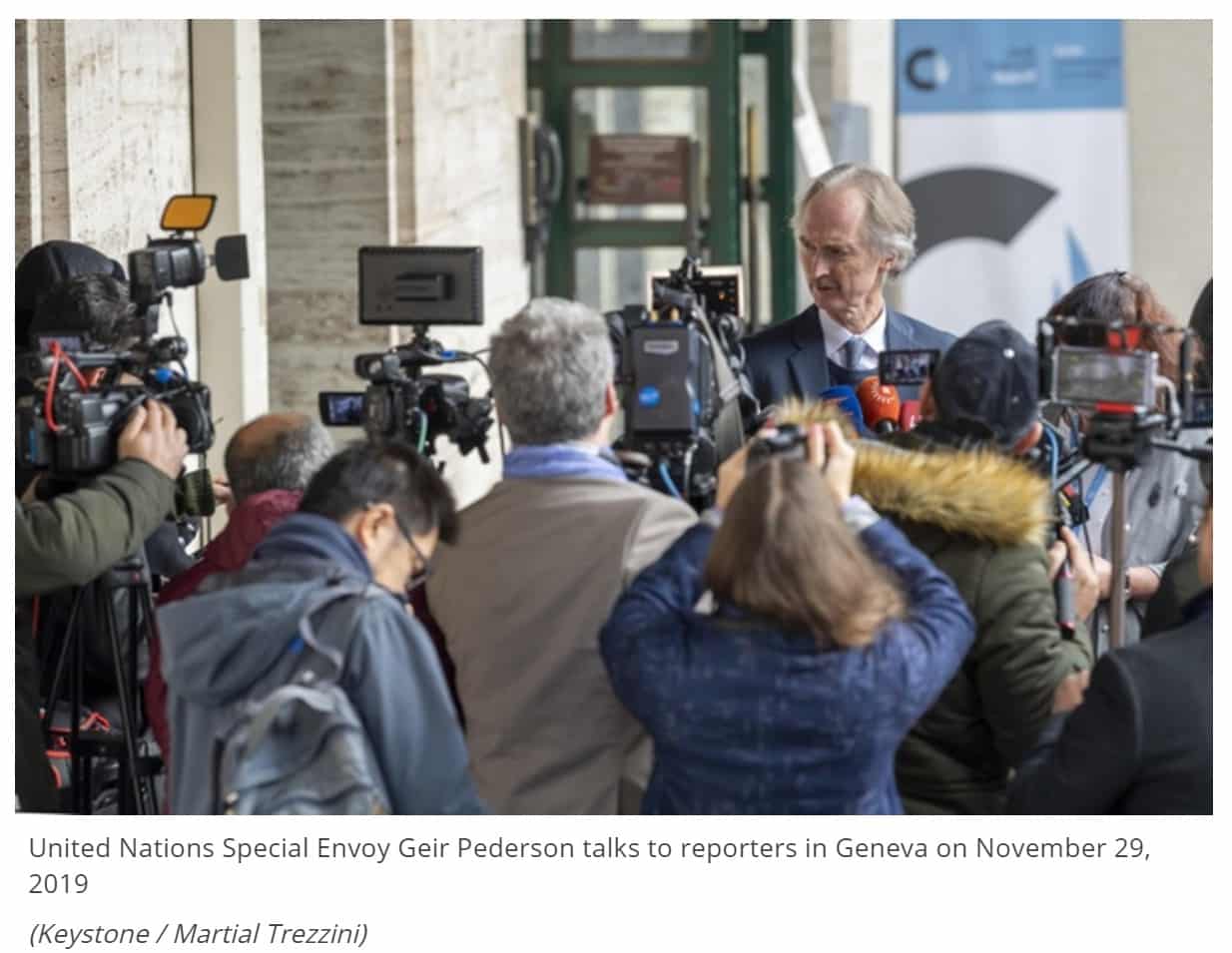 “SwissInfo: The second week-long round of talks in Geneva on Syria’s constitution ended on Friday with the Syrian government and opposition co-chairs unable to reach consensus on the agenda.

‘We have been trying to reach consensus but as I said we are not there yet,’ United Nations Special Envoy Geir Pederson told reporters in Geneva.

The so-called Syrian Constitutional Committee gathered in Geneva on October 30, comprising 150 delegates from the Syrian government, the opposition and civil society. A smaller 45-member group charged with amending the constitution met for a first round of talks that ended on November 8. Pedersen said at the time that they had gone “better than most people would have expected”.

However, this time “it was not possible to call for a meeting of the small body of 45 because there has not been an agreement on the agenda,” Pedersen said.

It is unclear when the sides would meet again, the Norwegian diplomat added.

The UN views the work on the Syrian constitution as a key step towards implementing the 2012 roadmap to peace adopted by key nations, which includes a ceasefire and ends with UN-supervised elections. It was endorsed in the 2015 UN Security Council Resolution 2254external link.

But there are question marks as to whether President Bashar al-Assad will be willing to give ground in any negotiations after his Russian- and Iranian-backed forces recaptured large areas of the country in offensives against rebels and militants since 2015.” 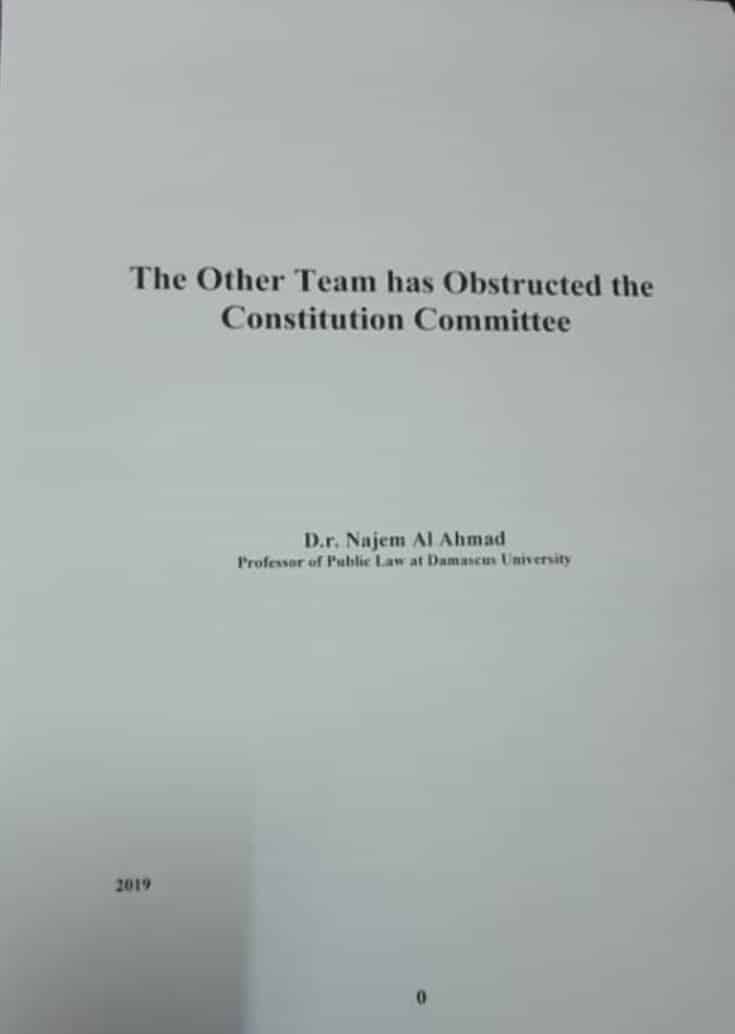 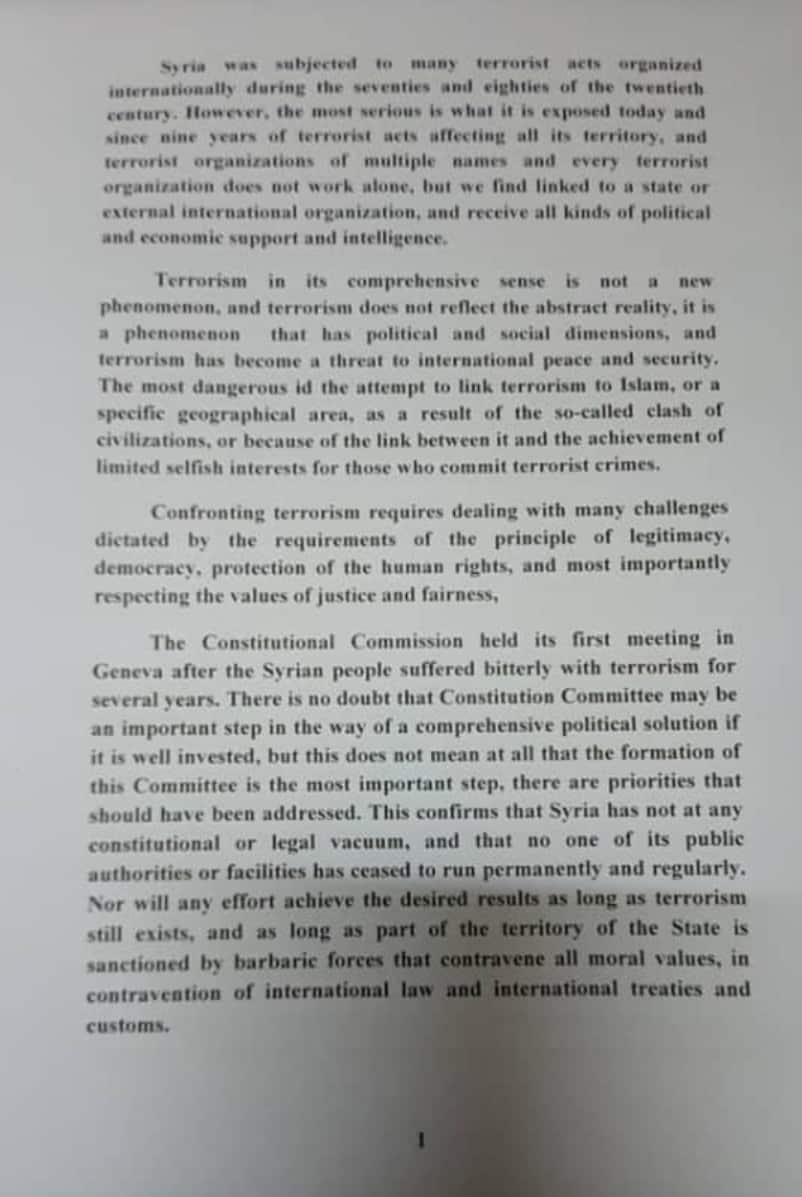 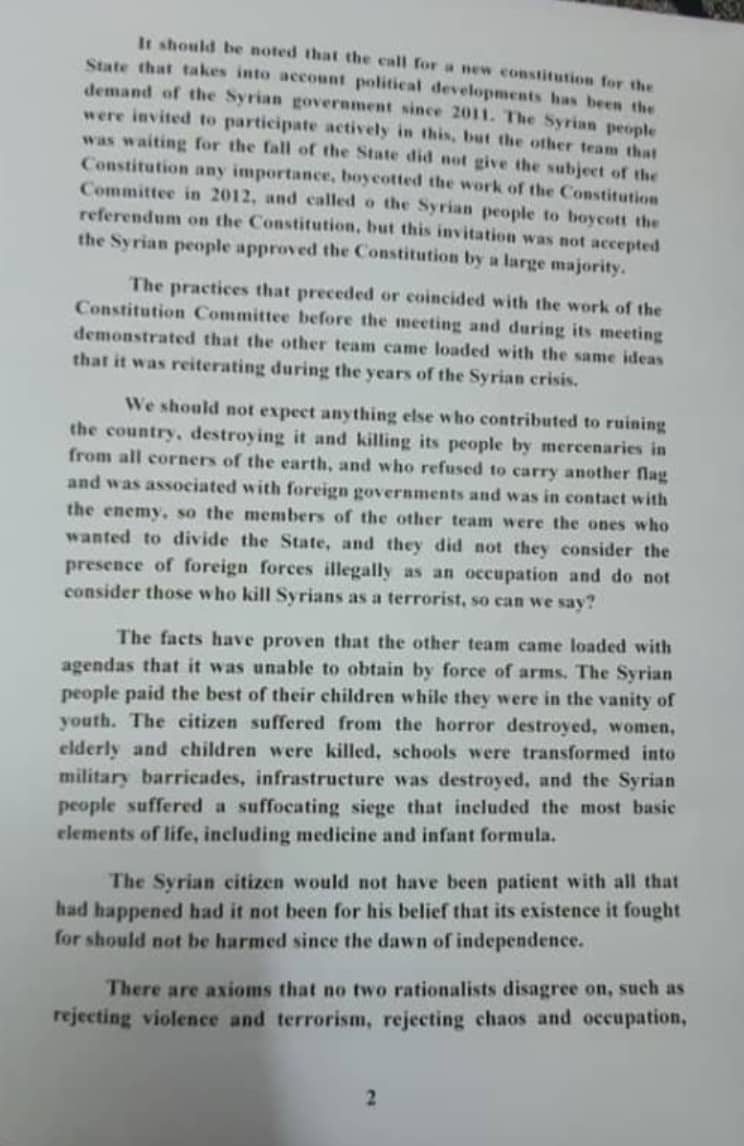 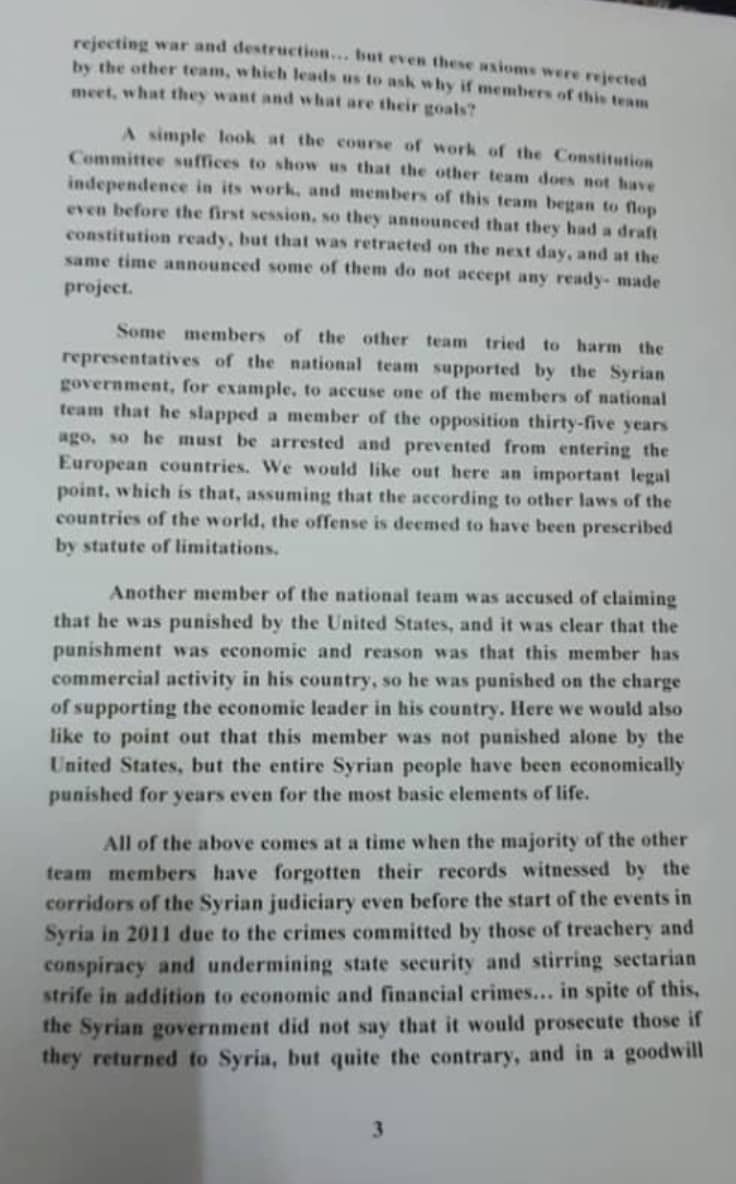 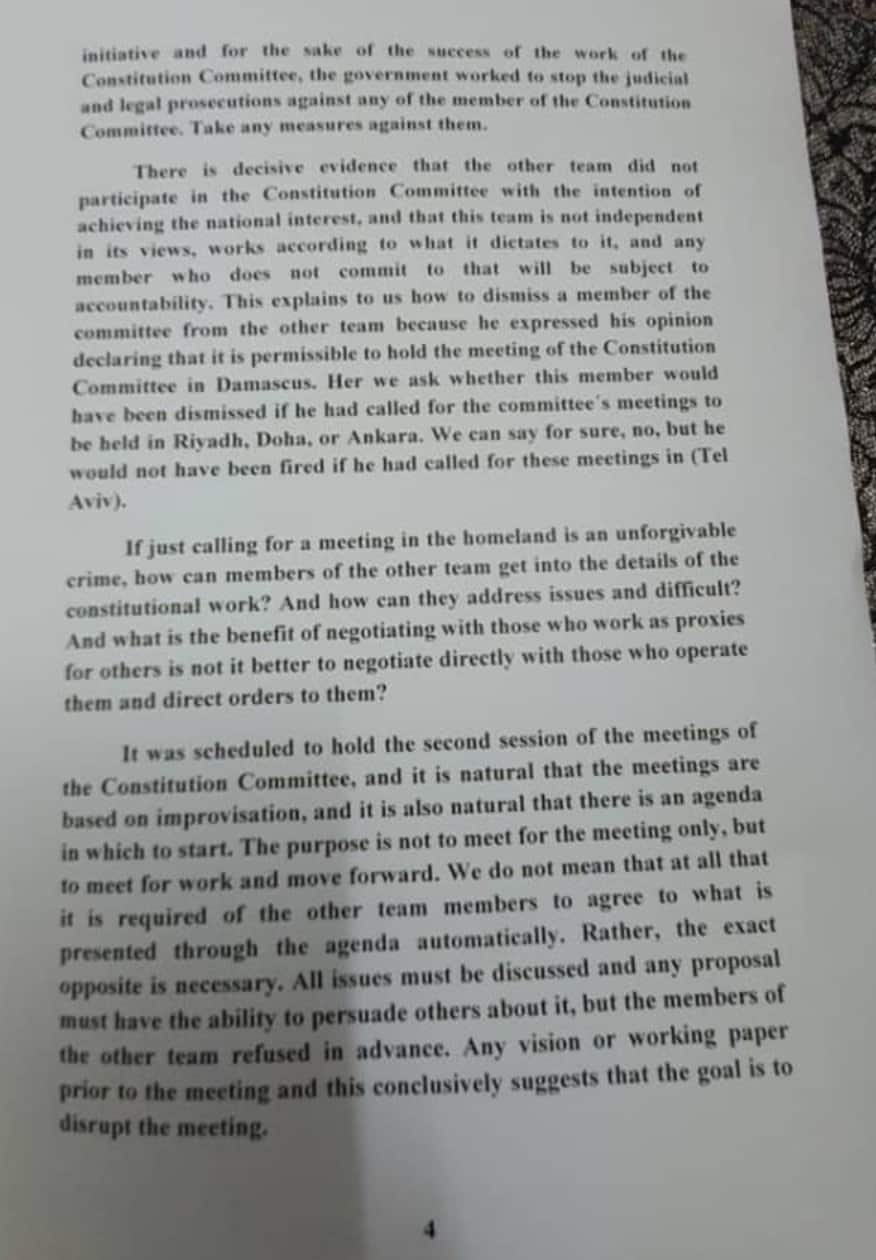 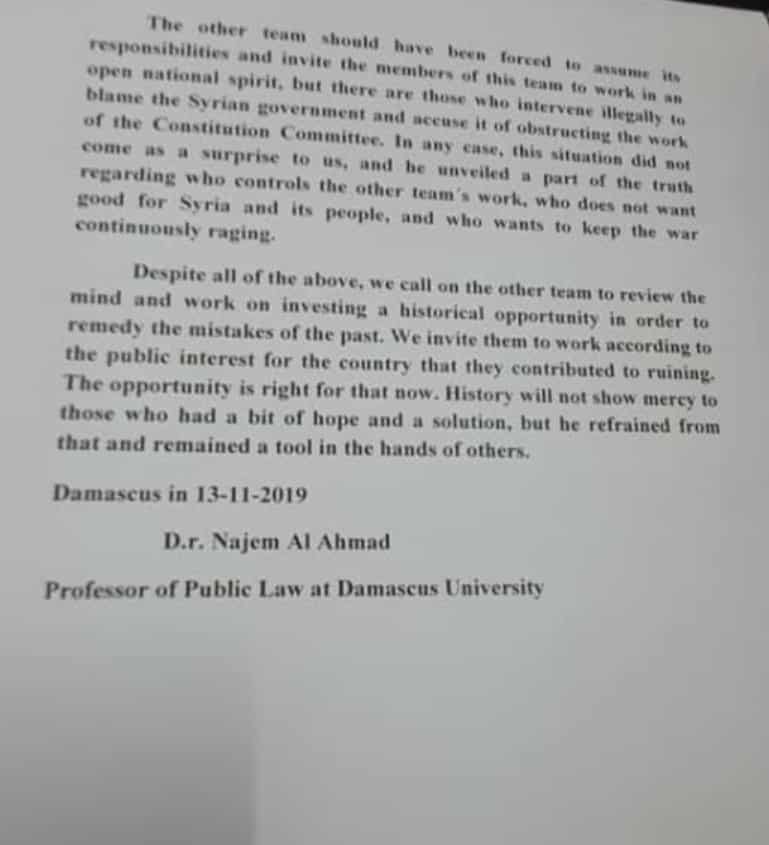