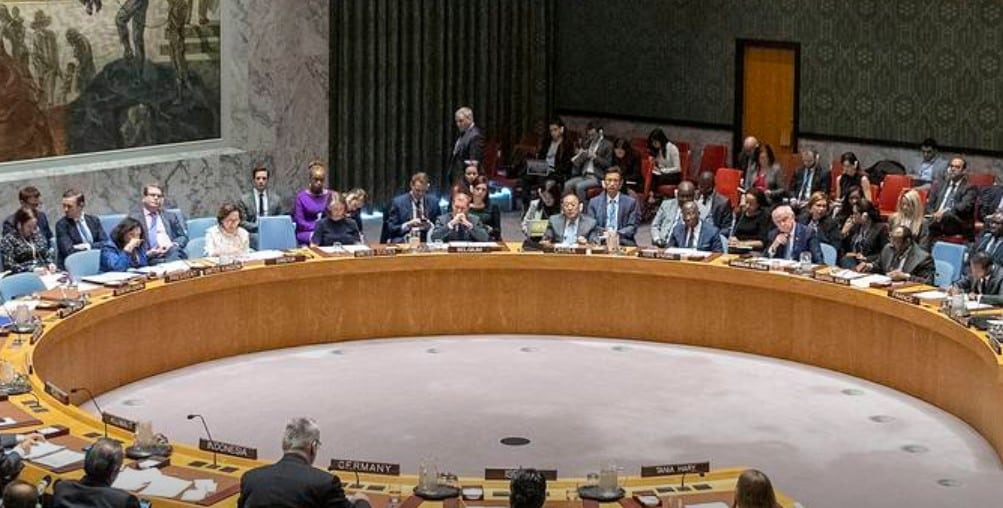 Tass.Ru: On December 20, two versions of a resolution to extend assistance – Western and Russian – were blocked

In 2014, at the height of the war in Syria, the Security Council adopted resolution 2165 on cross-border humanitarian assistance to Syrians. This means that the UN has the right to deliver aid through four points on the border with Jordan, Iraq and Turkey without the consent of the Syrian government.

Such a decision has become unprecedented in the history of diplomacy, because the mechanism for delivering goods to any country without the knowledge of its government is contrary to humanitarian law and violates the Geneva Conventions. But at that time, the Security Council had significant reasons – many parts of the country were simply not controlled by the Syrian army and government, otherwise it was impossible to transfer assistance.

Five years have passed, the situation on the ground in Syria has changed. Russia proposed to make changes to the Security Council resolution, the West refused. For a week, members of the Security Council consulted “behind closed doors.” As a result, on Friday, December 20, immediately two versions of the resolution to extend assistance – Western and Russian – were blocked.

Representatives of the UK, USA, Germany and Belgium argue that ordinary Syrians will suffer because of Russia’s principled position. Winter is coming, and people may be left without essential goods. But if the aid mechanism really needed to be maintained, why couldn’t it be possible to agree to the Russian version? However, this is not the only issue that the Security Council leaves after completing its work on such a minor note in 2019.

Why countries could not agree?

Russia, on the contrary, proposed removing two points from the resolution as unnecessary. Russian diplomats, relying on data from the UN on humanitarian aid deliveries, found that the checkpoint on the border with Jordan had not been used in reality for a long time. Since 2014, checkpoints controlled by Damascus have appeared on the Syrian-Iraqi border, through which assistance can be imported quite officially. In addition, Russia proposed to extend this version of the resolution for six months instead of a year. This is due to the fact that after six months the conditions on the Syrian border may well change again, and then, perhaps, the mechanism may become completely unnecessary.

However, these arguments seemed unconvincing to opponents of the Russian draft resolution. They made only a few concessions – they agreed to reduce the number of checkpoints by one, while at the same time removing the Iraqi rather than the Jordanian point. As the Europeans said, maintaining at least three corridors was the red line for Europeans. By what principle they want to leave precisely the Syrian-Jordanian point, none of the authors of the project have ever explained.

What will happen to humanitarian aid?

Despite the loud statements of Europeans that Russian actions will leave ordinary Syrians to their own devices, this is not entirely true.

Not only the UN delivers humanitarian aid to Syria. In particular, many European NGOs help the Syrians. The absence of a UN resolution will not prevent them from using the two border posts on the border with Turkey, as before. By the way, it is noteworthy that of the total volume of deliveries made through these points, the UN accounts for only 5-7%.

Of course, significant volumes of it come from Russia. So, the Center for the reconciliation of warring parties and the control of the movement of refugees during their work in Syria conducted 2049 humanitarian actions. The total weight of the distributed cargo was 3232 tons.

Consistently in coordination with the government of Damascus, assistance to the Syrians is carried out by China. By the way, although many reproached China for vetoing a “company” with Russia, this is not entirely true. Moscow and Beijing, indeed, traditionally support each other in the Security Council. But back in 2014, China did not support the cross-border aid mechanism, as it was against setting a precedent for the supply of goods bypassing the legitimate government.

Is there any chance of a compromise?

Most often, the veto is the terminal station. By the way, each such decision is made at the highest level. After all, any voting on resolutions in the Security Council is preceded by lengthy consultations. Countries indicate their red lines.

In this case, the Russian limit was two checkpoints, the western – three. In such a situation, one of the Security Council members must shift positions, and it is quite predictable that this will not be a country with a veto.

“We refuse to negotiate at gunpoint,” said British envoy Karen Pierce. “We said from the very beginning of the negotiations, without concealing anything, what compromise we can make. But for some reason they thought that we were playing some kind of game,” retorted her Russian colleague Vasily Nebenzya.

And since by the time of voting the positions could not be combined, it is difficult to imagine that this will be possible in the future. That is why usually the veto is the terminal station.

And yet, after the meeting, the United States, Great Britain and representatives of the “humanitarian troika” announced that they would continue efforts to extend the mechanism, whose action expires on January 10. The loophole for this, it seems, remains only one – to turn to the Secretary General. It is the UN secretariat that now may have to think about how to prepare a draft resolution so that none of the permanent members of the Security Council would have to retreat from their position.

Immediately after the Security Council vote, the UN secretariat issued a statement stating that it hopes that the mechanism will nevertheless be extended. Perhaps this is the first step towards new negotiations with which the UN Security Council will begin 2020.