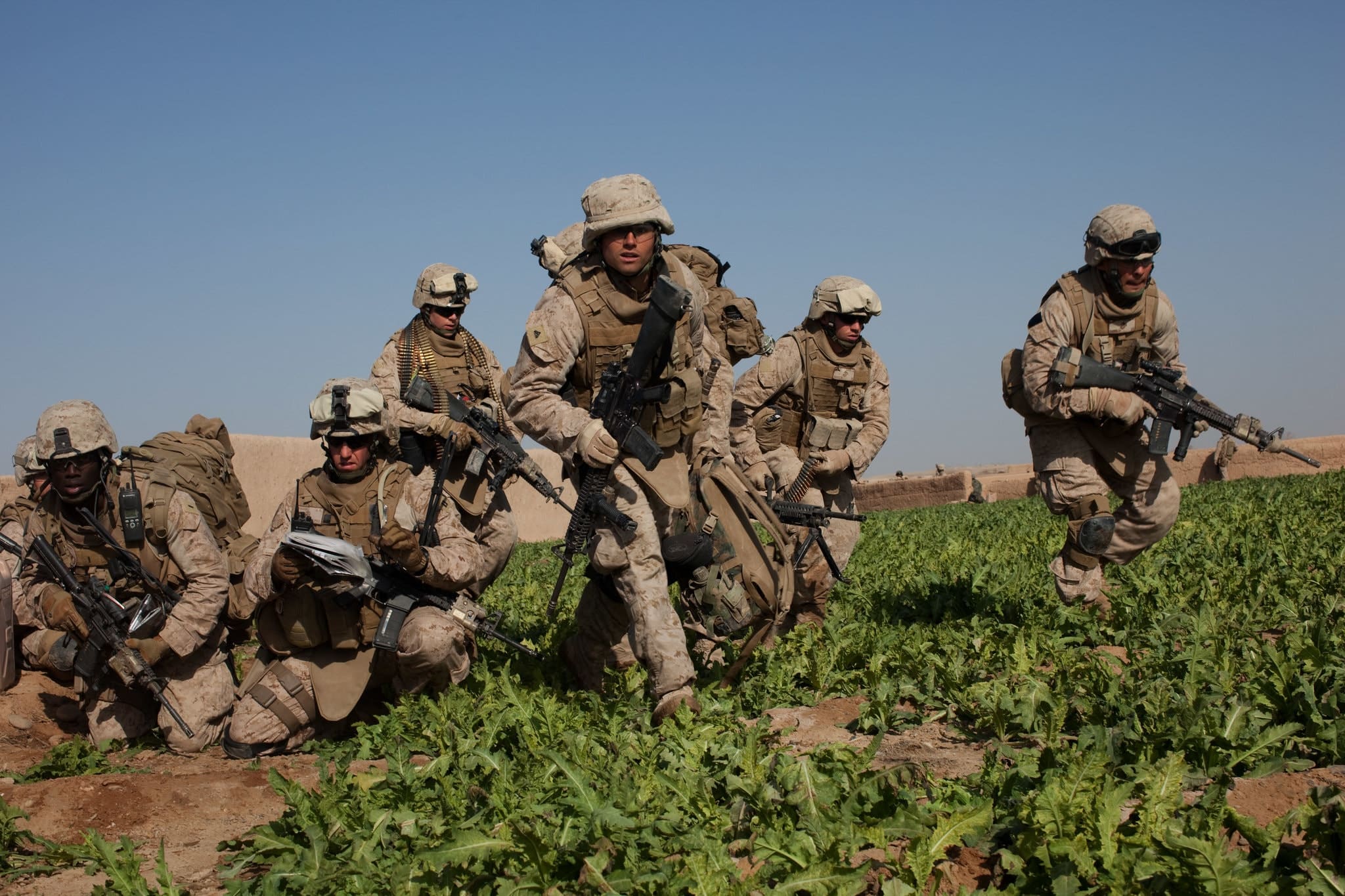 The New York Times seems to be waking up by producing articles by Marine riflemen like Thomas Gibbons-Neff and other who served in Afghanistan. Their conclusion? The war in Afghanistan was a categorical lie, and officials know it. Gibbons-Neff declares:

“For me, a former enlisted Marine rifleman who served in Afghanistan in 2008, 2009 and 2010, watching the national-security intelligentsia reckon with their careers, and where they contributed to the quagmire in which the United States now finds itself, reminds me of a Pentagon press-conference transcript from March 2010. I don’t remember how I found it or really why I was looking for it at all.

“The presenter was Brig. Gen. Lawrence Nicholson, the commander of the Marine Corps’s Second Marine Expeditionary Brigade, then the highest ranking officer in charge of the operation in which I participated in the winter of 2010: the battle to retake the town of Marja in southern Helmand Province from the Taliban.

“In its briefings, the NATO-led International Security Assistance Force said that the mission, known as Operation Moshtarak, or ‘together’ in Dari, was ‘Afghan-led.’ This was, and remains, a lie. The military officials knew it wasn’t led by Afghans, but they still emphatically made this false assertion and expected the press to repeat the phrase.

“In the briefing after the first phase of combat, Nicholson himself did not use the phrase ‘Afghan-led,’ but he opened his presentation with false notes, highlighting the initial stages of the battle before summarizing what he cast as the positive performance of the Afghan National Army, whom we were fighting alongside.”[1]

It is not just the war in Afghanistan that is riddle with categorical lies and deceptions. The entire wars in the Middle East have been hatched by a number of liars and deceivers whose purpose is to bleed America and much of the West to death. For example, Neocon puppet Victor Davis Hanson has an entire chapter The Savior Generals praising the debacle in Iraq which devastated the region in 2003.[2]

To rescue himself and the Neoconservative movement from intellectual and political oblivion, Hanson compared the Iraq war with the wars in 1777, 1941, and 1950, and moved on to say that they “led to massive American casualties and, for a time, public despair.”[3]

Hanson did not make any attempt to interact with the scholarly evidence on this issue.[5] He did not even discuss the sodomy and torture that occurred at Abu Ghraib.[6] Not once did he say even in passing that prior to the war in Iraq, water-boarding was like a foreign language to America. Not once did he mention that George Washington repudiated torture.[7]

We all know by now that torture was routine in Abu Ghraib, and forcing prisoners to have sex with one another and sodomizing teenagers were fair game. One prisoner testified that he saw one officer

“fucking a kid, his age would be about 15-18 years. The kid was hurting very bad and they covered all the doors with sheets. Then when I heard the screaming I climbed the door because on top it wasn’t covered and I saw [name blacked out], who was wearing the military uniform putting his dick in the little kid’s ass. I couldn’t see the face of the kid because his face wasn’t in front of the door. And the female soldier was taking pictures.”[8]

What’s more even interesting, “150 inmates were crammed into cells designed for 24.”[9] Abu Ghraib, as one writer put it, was “a hell-hole.”[10] Torture was also routine in Afghanistan, where adolescents were beaten with hoses “and pipes and threats of sodomy.”[11] These acts were not done in the dark. Cambridge University published similar reports in a book that is more than 1200 pages long.[12] These acts were also testified to by psychiatrists such as Terry Kupers.[13] 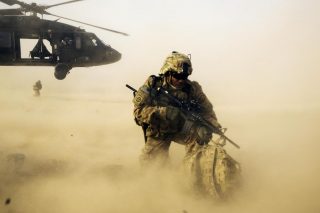 So for Hanson to wiggle out of this body of scholarship is complete dishonesty. Since the war in Iraq turned out to be a total mess, and since Hanson supported the war from its inception,[14] he has to marshal impressively incoherent and irreducibly irresponsible arguments so that he can simultaneously maintain his Neoconservative equilibrium and justify his lucrative existence as a military historian at the Hoover Institution, which is largely neoconservative in its political orientation.

More importantly, Victor Davis Hanson is a Neocon ideologue and a warmonger. He declared unapologetically:

“I came to support neocon approaches first in the wars against the Taliban and Saddam, largely because I saw little alternative—in a post-9-11 effort to stop radical Islam and state sponsors of terror—to removing such odious enemies, and did not think leaving the defeated in power (as in 1991), or leaving in defeat (as in Lebanon), or installing a postbellum strongman was viable or in U.S. interests.”[15]

Well, Hanson would prefer deliberate lies over truth. The war in Iraq was never about fleshing out an alternative to the Neocon ideology precisely because the Neocons themselves knew that Saddam had no WMDs!

For example, when he was told by deputy national security advisor Stephen Hadley that there was no link between Al Qaeda and Saddam Hussein, Wolfowitz responded with certainty, “We’ll find it. It’s got to be there,”[16] which is another way of saying that if it does not exist, they would make it up. So Hanson was categorically wrong, and any other studies which relies on his The Savior Generals: How Five Great Commanders Saved Wars That Were Lost—From Ancient Greece to Iraq to buttress the point that the war in Iraq was justified is also wrong.

Yet while people like Hanson continue to prostrate before the war machine and the Neoconservative ideologues, people in places like Afghanistan continue to suffer tremendous casualties.[17] In short, who pays the consequences of perpetual wars in the Middle East and elsewhere?

The average person in Iraq, Afghanistan, America, Syria, Libya, etc. The Neocons and their shills definitely do not deserve that kind of power.