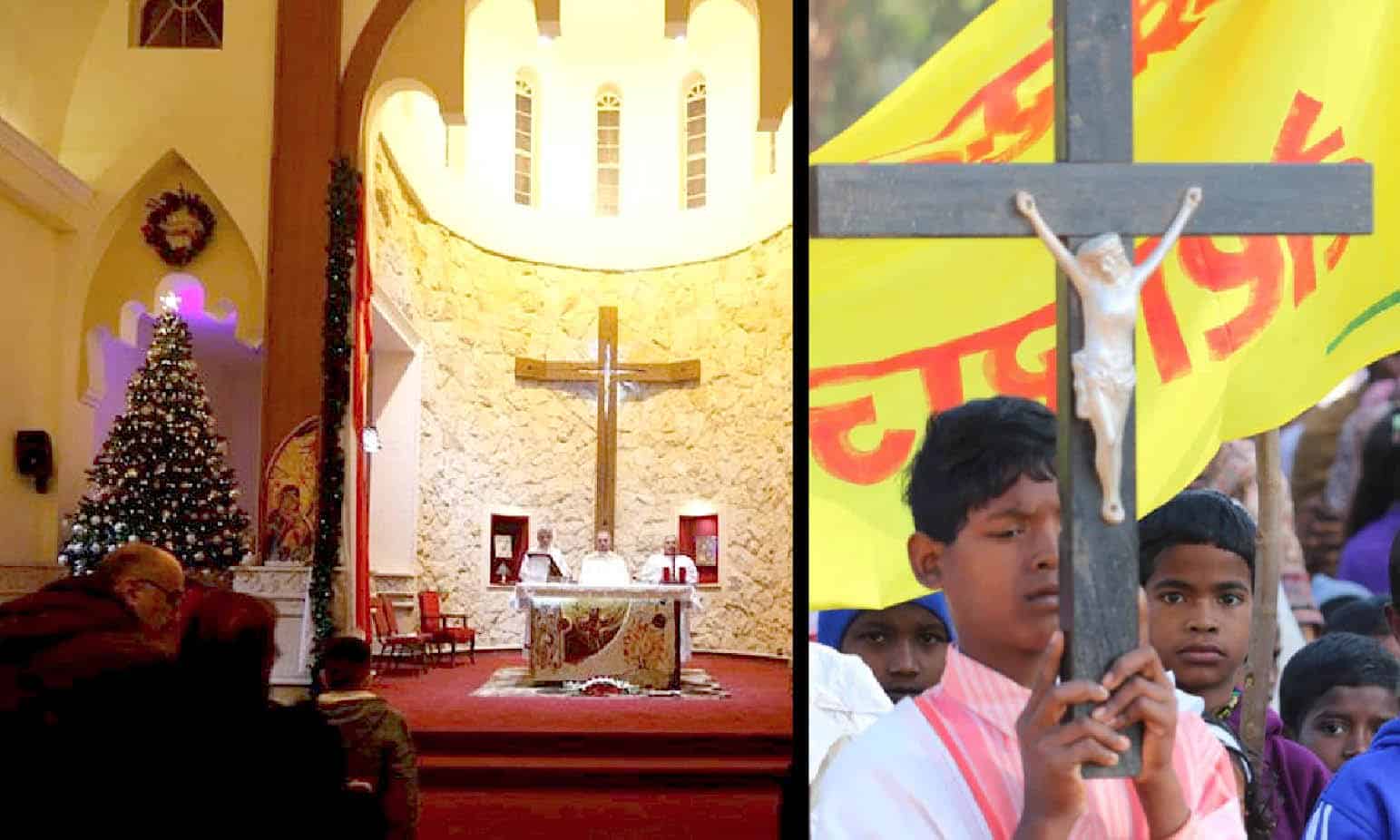 In Baghdad this year there will be no Holy Christmas Night Mass, in India some Christian families have been forced to move to other villages to celebrate religious services because some churches have been closed even with serious retaliation on villages by extremists Hindus who took away drinking water. An Indian pastor has been trying for days to obtain the necessary authorizations to celebrate at least the Mass of the 25th on the solemn feast of the birth of Jesus Christ.

«Iraq’s Chaldean Catholic Church announced on Friday that midnight Christmas Eve services in Baghdad will be cancelled due to security concerns involving the ongoing protests. Mass, however, will continue on Christmas day – the Persecutions website of the International Christian Concern reports – This announcement comes just days after the church announced that they will host no Christmas celebrations as an expression of solidarity with the protesters».

«The country has been gripped in protests since October 1st, with no clear resolution in sight. The demonstrators are asking for an end to corruption, an end to sectarian politics, and equal rights for everyone regardless of religion. The harsh response by the government has taken many Iraqis by surprise. With hundreds dead and possibly thousands injured, the government has been unrelenting in their aggression towards the protesters».

In a previous report we analyzed the explosive situation in Iraq that is experiencing planned and very violent uprisings, with the killing of teenagers by demonstrators, all similar to those already seen in Lebanon and before that in Venezuela in a project of destabilization repeatedly carried out by the self-styled non-violent center Canvas, with strong ties and support from the USA, for a regime-change strategy aimed at the settlement of pro-American rulers.

In recent years, in fact, the political majority referring to Shiite Muslims has become increasingly close to Islamic of the same confession who govern Iran.

This led to the paradox that the main Iraqi ayatollah Alī al-Husaynī al-Sīstānī supported the reasons for the protest not to lose the consensus of the population. But the escalation of street violence has degenerated despite the resignation of Prime Minister Adil Abdul-Mahdi on December, 1st.

If in Iraq the problem of Christians, tolerated enough by the Shiites with the exception of those of Tehran who prevent the meetings of prayer groups and public cults, is of a “geopolitical” nature, in India they are instead at the center of a daily religious persecution that it could also become legalized with the approval of an anti-conversion bill by the Bharatiya Janata Party, the nationalist and pro-Hindu Indian People’s Party which today controls the government of the country.

This is for now only a nightmare while the vile attacks carried out in various areas of the country are actually to deprive Christians of the right to celebrate Christmas. In just a single week in December, International Christian Concern (ICC) documented over half a dozen instances of religious persecution against Indian Christians

«At least 10 Christians were arrested on trumped up criminal charges, 25 Christian families were cut off from clean drinking water, and several churches, including one church with nearly 600 members, were shut down» reads on Persecutions website.

«We have cancelled all our Christmas events in Banni Mardatti village, including carols, cottage meetings, and pre-Christmas events. There is a fear of being attacked by Hindu radicals” Pastor Raja Bhovi, head pastor of His Grace Church located in India’s Karnataka State, told ICC.

On December 4, Pastor Bhovi’s church community was attacked by a mob of radical Hindu nationalists as they were clearing a plot of land for the construction of a church. The Christians were brutally beaten by the extremists as a result.

After this, the extremists in the village cut off the water supply for all 25 Christian families. According to locals, the radicals told the Christians that they would be driven out of the village unless the agreed to recant their faith.

«We are bringing all of the 25 Christian families to Arsikare, a town that is 30 kilometers away from Banni Mardatti village, to celebrate Christmas. Our hope is that we will have a peaceful Christmas celebration, even though it is away from our homes» Pastor Bhovi told ICC.

In another incident of persecution affecting the Christmas holiday, a church in Uttar Pradesh was shut down by extremists after they filed a false criminal complaint against the church’s pastor. On December 8, Pastor Ramjit was called to the local police station where he was told that he had been accused of being involved in forced religious conversions and further that he was no longer allowed to hold Sunday worship services at his church.

«We are very uncertain about this year’s Christmas. Unlike previous years, we have been told to shut down our church since December 8. It is a very painful situation for us now. We are all hoping that things will change» said Pastor Ramjit who is currently working hard to obtain permission from local authorities to at least allow him to hold a Christmas service on December 25

«If we fail to get permission, we will have to organize several smaller gatherings in homes on Christmas day. We are going to have a service one way or another» the cleric promised.

In India, cases such as those of the pastor of Uttar Pradesh are very frequent: to hinder Christian worship, Hindu extremists denounce forced conversions or even come to kill converts, as happened to a faithful Evangelical, beheaded in recent months as documented by Gospa News.

That is why the mere fact that a bill against conversions by the BJP party is being studied represents a real nightmare not only for Christians but also for Muslims. This comes shortly after the BJP-led government passed a controversial bill that stripped Jammu and Kashmir, India’s only Muslim-majority state, of its statehood and special autonomous status.

According to Zee News, the government has already started drafting a similar bill for whole country. « Radical Hindu nationalists often used the specter of mass religious conversions to pass laws and regulations that limit religious freedom. Indian Christians are falsely accused of conspiracies where poor Hindus are fraudulently converted to Christianity» ICC reported.

However, according to India’s own population data, the conspiracy of mass conversions to Christianity does not hold up. In 1951, the first census after independence, Christians made up only 2.3% of India’s overall population, percentage confirmed by 2011 data.

To date, no individual has been convicted of forced conversions in India even though some of the state-level anti-conversion laws have been around since 1967. UnfortunatelyUnfortunately, however, the occult practice of physical elimination of the convert occurs more and more frequently, adopted by Sunni Islamic fundamentalists in Pakistan where blasphemy defendants against Islam often do not even come to trial because they are killed first by fundamentalist fanatics.

Fortunately, good news arrives for the majority Orthodox Christians in the Gaza Strip as the Israeli authorities after the initial ban on moving to the West Bank for a pilgrimage to Bethlehem and Jerusalem granted last minute permits without discrimination. This was announced by General Kamil Abu Rukun at the head of COGAT, the coordination unit for the activities of the Israeli government in the Palestinian territories. In the information disseminated by the Israeli body, it was specified that permits will be granted to individuals on the basis of “security assessments” and without taking into account the age of the applicants.

The late decision, however, has prevented the faithful from organizing and so far only 60 people have requested authorization to cross Israel to go to places in the Holy Land on Palestinian territory, according to reports from Fides, the press agency of the Pontifical Works Missionaries.