Yesterday, VT postulated that only semi-human hominids, pretending to be actual people, support Trump and can take what he says seriously.  I think we can say it only took a few hours for Trump to prove our point beyond any question.

VT also recognizes, especially that this is Christmas Eve, that there may actually be a god who hates the US and sent Donald Trump, the self professed “King of Israel” to rule over us in order to bring us down for our 7 deadly sins…which the effigy of Trump best emulates.

He wants them moved to “industrial areas” where poor people live…

Windmills don’t spew noxious gasses.  The idea that moving air creates, through magic, poisons, is insane but Trump makes this claim over and over. Now we find Trump also has another wind problem, he is trying to block a wind farm near his Scottish golf course, one that loses money hand over fist but launders drug money for the Kosher Nostra very well indeed.  From the Guardian:

“Trump ripped into a range of familiar targets in a speech lasting more than one hour at the Turning Point USA student action summit, from the Democrats and House speaker Nancy Pelosi, to his recent impeachment and the so-called Never Trumpers in the Republican party who he said were “the dumbest human beings on earth”.

But it was his rambling and often nonsensical remarks about wind turbines, during a diatribe against the Green New Deal and renewable energy resources, that raised eyebrows. 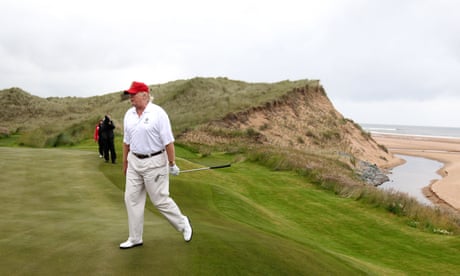 Fight the ‘blight’ of windfarms near my golf courses, Trump urges Ukip leader

“They’re made in China and Germany mostly,” Trump said of wind turbines, of which there are more than 57,000 across the US, according to the American Wind Energy Association. “But they’re manufactured tremendous if you’re into this, tremendous fumes. Gases are spewing into the atmosphere. You know we have a world, right? So the world is tiny compared to the universe. So tremendous, tremendous amount of fumes and everything.

“You talk about the carbon footprint, fumes are spewing into the air, right? Spewing. Whether it’s in China, Germany, it’s going into the air. It’s our air, their air, everything, right?”

It was unclear what exactly Trump meant, or how Trump equated wind turbines converting clean air into energy to toxic fumes fouling the atmosphere. But he did share his thoughts on their appearance.

“You see all those [windmills]. They’re all different shades of color,” he said. “They’re like sort of white, but one is like an orange-white. It’s my favorite color, orange.”

The president’s “war on wind” is not new: earlier this year he was ridiculed for his claims that wind turbines destroyed property values and caused cancer from their noise.

He is accused of having begun his tirades against wind turbines after wind farm developments were proposed near the golf course he owns in Scotland.”

He hates the look of them as well and this is a guy who spends considerable time sitting on gold toilets, not solid gold, but gold plate.  Think “glitz” or “schmaltz.”  Schmaltz is also known as “chicken fat.”

Then we talk about Trump’s fear of killing birds.  From the NY Times:

“As the state of Virginia prepared for a major bridge and tunnel expansion in the tidewaters of the Chesapeake Bay last year, engineers understood that the nesting grounds of 25,000 gulls, black skimmers, royal terns and other seabirds were about to be plowed under.

To compensate, they considered developing an artificial island as a haven. Then in June 2018, the Trump administration stepped in. While the federal government “appreciates” the state’s efforts, new rules in Washington had eliminated criminal penalties for “incidental” migratory bird deaths that came in the course of normal business, administration officials advised. Such conservation measures were now “purely voluntary.”

The state ended its island planning.

The island is one of dozens of bird-preservation efforts that have fallen away in the wake of the policy change in 2017 that was billed merely as a technical clarification to a century-old law protecting migratory birds. Across the country birds have been killed and nests destroyed by oil spills, construction crews and chemical contamination, all with no response from the federal government, according to emails, memos and other documents viewed by The New York Times.

Not only has the administration stopped investigating most bird deaths, the documents show, it has discouraged local governments and businesses from taking precautionary measures to protect birds.”

The same lobby that puts out fake science denying global warming pays the GOP to stifle the wind energy manufacturers and make it impossible for us to use anything but coal and nuclear power, though both are killing us all.

Trump is the worst of them.  A few months ago, Qatar paid Trump 300,000 to mention in a speech that General Haftar, the terrorist leader attacking the US backed Libyan government is a “nice guy.”  Trump had to walk it back later but kept the $300k.  I know about this because I know everyone involved in the transaction, from Qatar to Libya.

And this is a guy who tells us he knows more about wind energy than anyone.  How pedophilia and engineering mix, I don’t know.

The video here is very simple, Trump got a payoff from the coal lobby, not campaign, but personal cash for his “reptile fund” (how DC pedophiles pay for the NDA’s that keep them out of prison) that Michael Cohen used to manage.

The Trump Foundation and the Trump Inaugural Fund were both used to payoff Trump sex assault victims and, in fact, exist for no other reason.

The video above, of Trump clearly demonstrating he is insane, isn’t the only one, this goes on continually.  Claims that someday he is going to “turn on the filthy Jews,” as our Nazi supremacist Trump loving friends so often claim or “round up the liberals,” the other dream of more crazies….

hell will freeze over first.

Quite recently 200 leaders of varying offshoots of the Temple of Satan and Temple of Set, under the guise of fake Christian hate organizations or “Jesus for Apartheid” groups, swore fealty to what is quite likely this demonically possessed, and we mean since his formative years, hominid monstrosity.

Listen to him, every word, pure delusion, pure pomposity, pure ignorance and beyond that, language use and reasoning that score 78 as his IQ. 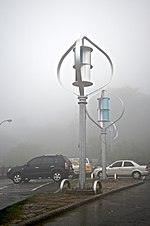