The Turkish President made this claim in Tunisia on December 25. He arrived in the country to discuss with its leadership the situation in neighbouring Libya, in which Ankara supports the LNA’s rival – the Government of National Accord (GNA). The main reason of the Turkish ‘friendship’ with the GNA is that it had signed a maritime memorandum that helps Ankara to legalize its controversial drilling activities in the Eastern Mediterranean. 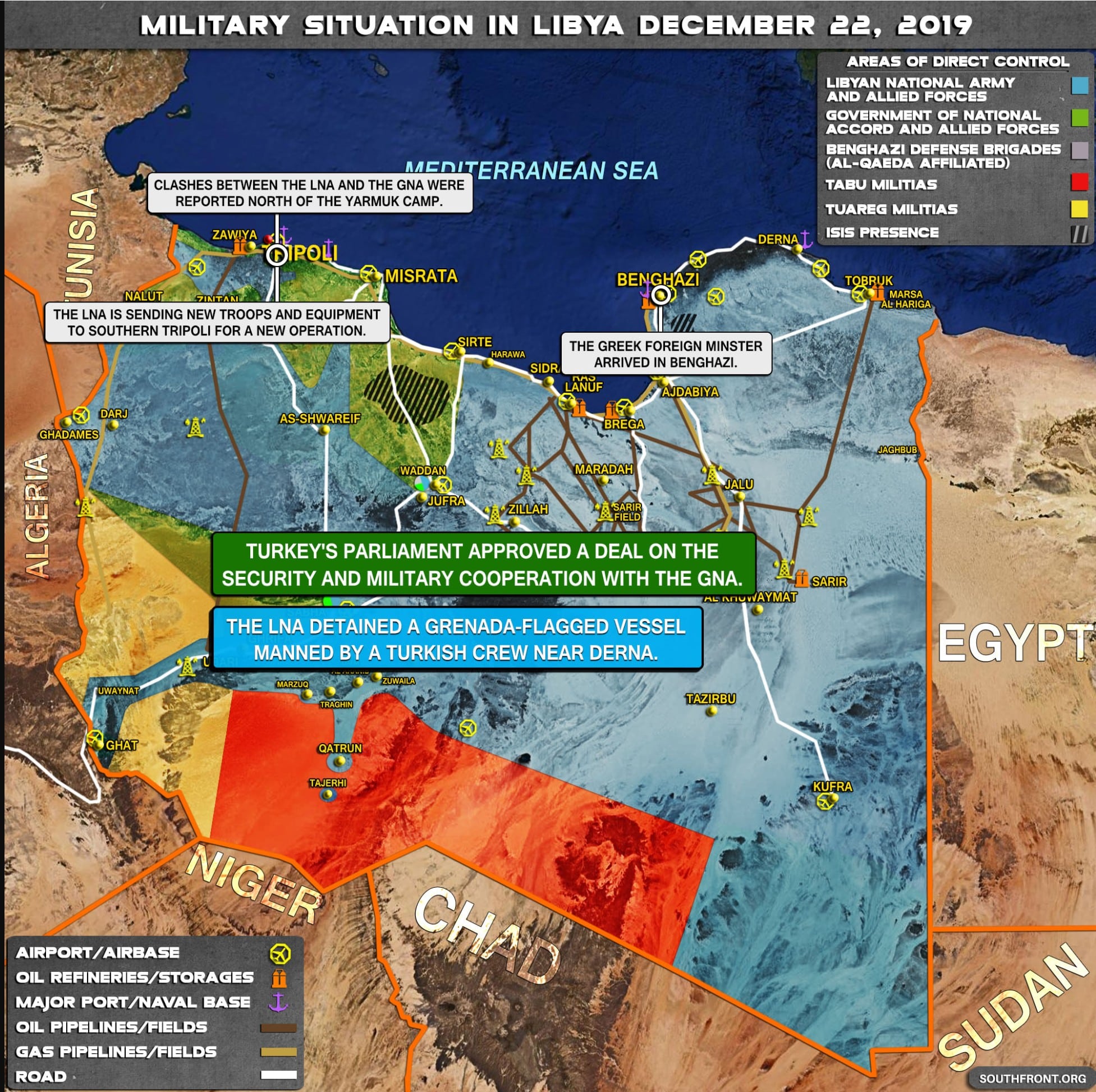 So, now, Turkish officials and Turkish media are in the state of full-scale propagnada in an attempt to shame and blame critics and opponents of the GNA, as well as to justify the possible deployment of Turkish troops in the country.

“We take steps with the internationally recognized Sarraj administration,” Erdogan said referring  to the GNA. “Let us not allow other actors to oppress our brothers and sisters in Libya.”

“Under what name did the so-called Wagners, which include 5,000 actors from Sudan and 2,000 from Russia, come to Libya? What are they doing there?” the President said. Tunisian President Saied said they had an extensive meeting about the Libya question. He said the deal signed between Libya and Turkey concerns the two countries.