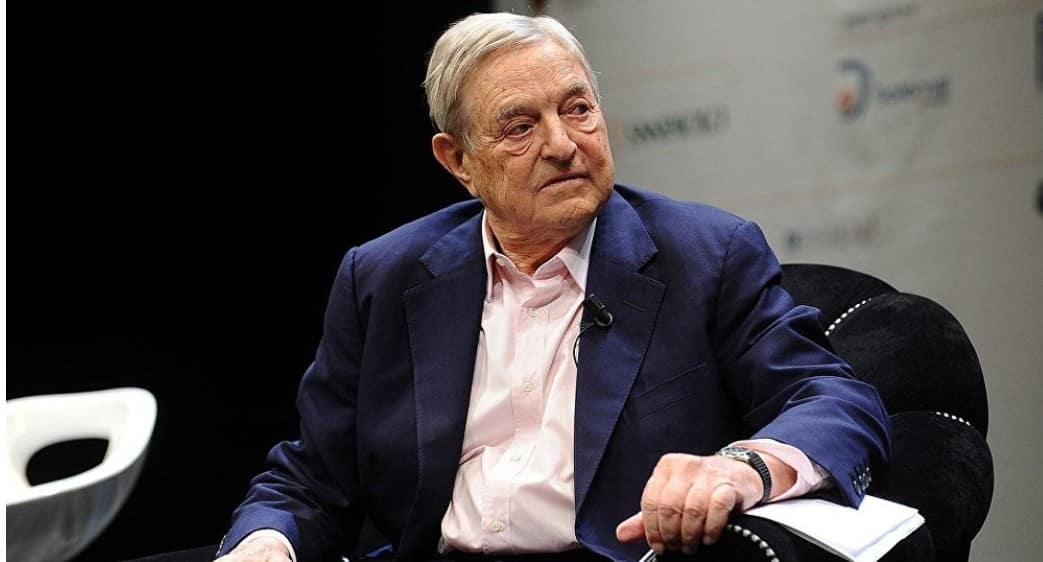 Editor’s note:  George Soros stood against Bush and his invasions of Iraq and Afghanistan after Israel’s attack on the US on 9/11. Soros has stood against the persecution of the Palestinians who now suffer in death camps, awaiting the building of gas chambers once the IDF finds strafing children inadequate in their role…apartheid and ethnic cleansing.

How has Israel responded to Soros?  Simple.  They pay their right wing supremacist and Neo-Nazi friends to attack Soros for being a Jew and blind supporter of Israel, which what they do with several at VT.

VT finds it embarrassing when the ADL and VT end up on the same side.

US President Donald Trump’s personal attorney Rudi Giuliani took to Twitter on Tuesday to accuse Hungarian-American billionaire and investor George Soros of funding “enemies” of Israel, including the Boycott, Divestment, and Sanctions (BDS) movement, while claiming that those who oppose these campaigns were “better Jews” and “better people” than the philanthropist. His comments came shortly after the publication of his 8 December interview with New York Magazine, where he claimed that he was “more of a Jew” than Soros. 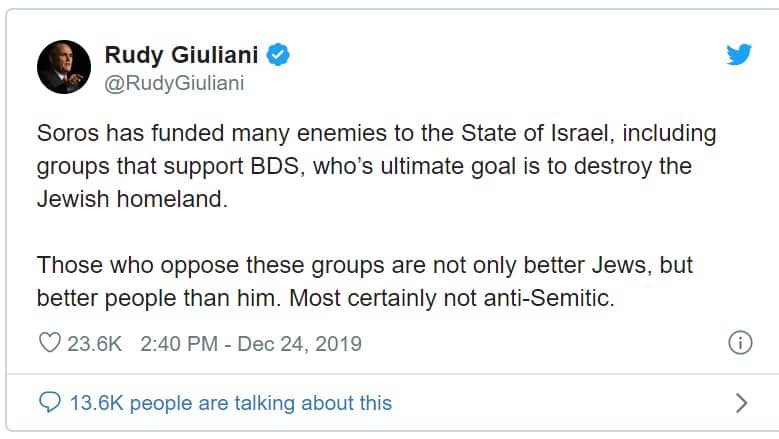 ​In an interview with Olivia Nuzzi published on Monday, Giuliani alleged that Marie Yovanovitch, the former US ambassador to Ukraine – who was recently sacked by Donald Trump, was “controlled” by FBI agents hired by Soros, but rejected any potential accusations of anti-Semitism regarding Soros’ ethnicity that might have followed in the wake of his claim.

“Don’t tell me I’m anti-Semitic if I oppose him. Soros is hardly a Jew. I’m more of a Jew than Soros is”, said the former mayor of New York, who was raised as a Roman Catholic and educated in religious institutions. 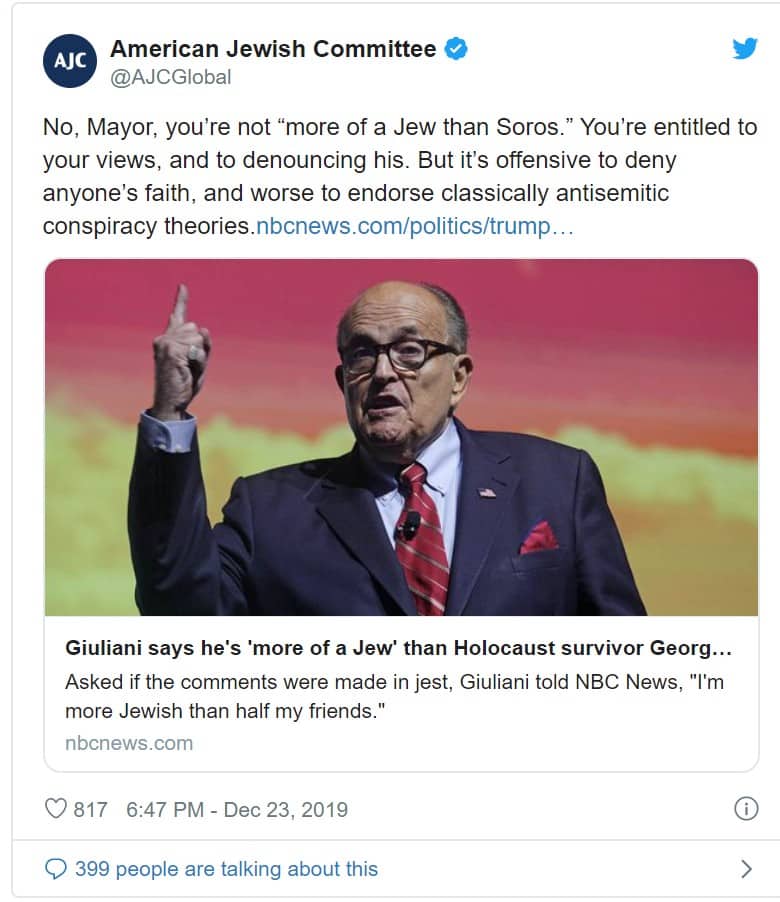 His comments sparked a severe backlash among anti-Semitism watchdogs, including the American Jewish Committee which found Giuliani’s comments “offensive” and accused him of endorsing “anti-Semitic conspiracy theories”, while CEO of the Anti-Defamation League Jonathan Greenblatt slammed the lawyer’s comments as “baffling”.

“For decades, George Soros’ philanthropy has been used as fodder for outsized anti-Semitic conspiracy theories insisting there exists Jewish control and manipulation of countries and global events. Mr. Giuliani should apologize and retract his comments immediately, unless he seeks to dog whistle to hardcore anti-Semites and white supremacists who believe this garbage”, Greenblatt said as quoted by The Daily Beast.

​Earlier, Russia expert on the US National Security Council Fiona Hill said during her testimony in Trump’s impeachment hearing that “conspiracy theories” linked to the Hungarian-American billionaire, such as those allegedly fuelled by Giuliani and targeting various diplomats such as Marie Yovanovitch, were anti-Semitic in their nature and resembled “The Protocols of the Elders of Zion” texts from Tsarist Russia.

George Soros’ funding of initiatives and his Open Society Foundations have sparked numerous controversies around the world. In particular, the billionaire was accused of funding the Central American migrant caravans on the southern US border and has often been mentioned in relation to the 2013 Ukrainian protests, which even led Russia to ban Soros-linked organisations.