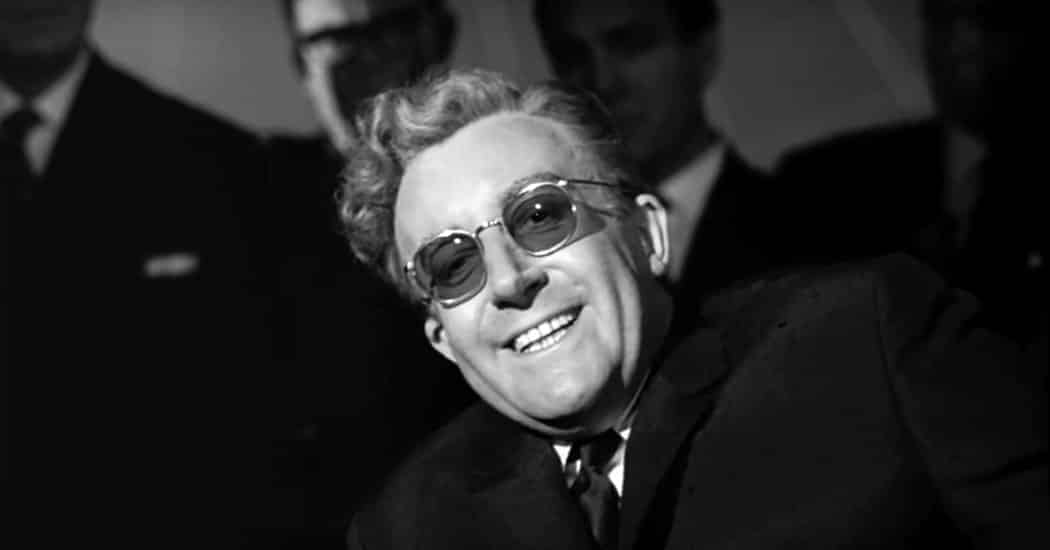 There are some ideas that are so dumb that only a Neocon puppet or an agent of the New World Order will propound them. And if you think this statement is rubbish, then keep reading.

D’Souza cites historian Zeev Sternhell approvingly throughout his book to make his case, but D’Souza never tells his readers that Sternhell is also the author of The Founding Myths of Israel, published by Princeton University Press. D’Souza will never get the intellectual courage to discuss that book because that would challenge his own worldview about Israel.

Wait a minute. Hasn’t the Holocaust establishment told us ad nauseam that Mussolini was doing evil constantly? And if Mussolini supporters were in favor of building bridges, canals, etc., were they ipso facto fascists? You see, the argument that D’Souza is implicitly trying to propound simply doesn’t work.

Then D’Souza, who is also a former John M. Olin Fellow at the American Enterprise Institute (a Neoconservative think tank), moves onto other spurious matters. He says that Father Charles Coughlin was an anti-Semite and a socialist! According to D’Souza’s reasoning, Coughlin founded the National Union of Social Justice, therefore he must be a socialist.

D’Souza is certainly blind on purpose. He cannot see that both the so-called “Left” and even the Neoconservative movement sprung from the same ideological well: the Khazarian Bankster Cult.

Jewish historian Russell Jacoby of the University of California stated in The Last Intellectuals:

“The Jewish contribution to the Left in the United States during the twentieth century ranks the highest of any immigrant or ethnic group…American Jewry has provided socialist organizations and movements with a disproportionate number—sometimes approaching or surpassing a majority—of their leaders, activists, and supporters.”[3]

While the Jews were only 3 percent of the population, they were the majority in the New Left, continues Jacoby.[4]

The revolutionary spirit also influenced the Bolshevik Revolution, and when Communism and Socialism produced “the god that failed,” the spirit left that movement and settled in America with the Neoconservative movement, which is Talmudic in its political and ideological orientation. This is not Jonas E. Alexis saying this. Jewish writer Sidney Blumenthal has shown that the Neoconservative movement found its political and intellectual ideology “in the disputatious heritage of the Talmud.”[5]

D’Souza will never write a book about these issues because that would eventually ruin his career as a propagandist and representative for the warmongers in the United States and Israel. Former Neoconservative luminary Francis Fukuyama of Stanford (formerly of Johns Hopkins) compares the neoconservative movement to Leninism.

Neoconservatism, according to Fukuyama, is the reincarnation to some extent of both Leninism and Bolshevism.[6] Fukuyama’s observation makes sense when even Irving Kristol proudly admitted that the “honor I most prized was the fact that I was a member in good standing of the [Trotskyist] Young People’s Socialist League (Fourth International).”[7]

D’Souza probably did not know that he was undermining his own mines by saying:

“We think of concepts like ‘genocide and ‘concentration camps’ as unique to Nazism, but what term other than genocide can we use to describe Democratic president Andrew Jackson’s mass relocation of the Indians? Didn’t Jackson and his allies systematically seek to disposes, disinherit, and dismember the Indians as a people?”[8]

D’Souza is really dishonest here because he has to skip the Iraq war, which is fresh on everyone’s mind, in order to make this silly argument. We hate to beat a dead horse, but let us examine Iraq once again.

From 2003 to 2012, over two thousand doctors and nurses, and over four hundred academics, have been assassinated in Iraq. Others have emigrated due to violence in the region. In 1990, there were about thirty thousand registered doctors in Iraq.

By 2008, more than fifteen thousand had already left the country. Then there is the high unemployment that has been ravaging sections of the region, combining with the fact that educational institutions have been in decline.[9]

Doug Bandow of the National Interest had the guts in 2010 to declare that “the historic Christian community has been largely destroyed” in Iraq after the war, where hundreds of Christians have been killed and exiled to other countries such as Syria and Lebanon.[10]

When it was over, 2.3 million Iraqis had been forced to flee their homes and towns; by 2008, another 2.7 million Iraqis were displaced, and nearly half a million civilians ended up losing their lives.[11] Thousands upon thousands of other people went missing by 2008.[12] Keep in mind that the Iraqi population then was just about 30 million people![13]

When the war was over, sectarian violence and car bombings were rampant—almost every day. When Mark Kukis went to Iraq to report on what happened, he said he heard two to five car bombs every day.[14] The Iraq war, says Kukis, shook the entire nation and created havoc even by 2006.[15] Factions of society that once coexisted were dismantled.

In a nutshell, Iraq was in exponential decay. Buildings and farmlands were destroyed.[16] And the fringe benefits of the war? Between 300,000 and 360,000 American veterans returned home with brain injuries,[17] some of which went untreated.[18]

In addition, we have already seen in the previous article that the war has sent the American taxpayers a bill of $6 trillion, combined with a debt ceiling keeps rising every six months or so.[22] The U.S. national debt had reached $16 trillion by the end of 2012.[23] And as I write, the Pentagon is coming up with crazy ideas in order to continue their support for the so-called Syrian rebels. The scholarly magazine Foreign Policy has recently reported:

“The U.S. Department of Defense is reportedly still funneling billions of dollars’ worth of Soviet-era weaponry to anti-Islamic State groups in Syria, with questionable oversight. In a joint report published Tuesday, the Organized Crime and Corruption Reporting Project (OCCRP) and the Balkan Investigative Reporting Network (BIRN) allege that the Pentagon has given up to $2.2 billion worth of weapons to groups like the Syrian Democratic Forces and the Kurdish People’s Protection Units, or YPG.”[24]

The United States has even used the German military base in order to send weapons to the so-called rebels. They didn’t even tell the Germans what they were doing! Now, is D’Souza going to humiliate himself by ignoring this and move on to blame the “Left” for the political chaos in America? Can he take some responsibility?

Moving on to Abu Ghraib, the issue got a lot worse. One prisoner testified that he saw one officer

“fucking a kid, his age would be about 15-18 years. The kid was hurting very bad and they covered all the doors with sheets. Then when I heard the screaming I climbed the door because on top it wasn’t covered and I saw [name blacked out], who was wearing the military uniform putting his dick in the little kid’s ass. I couldn’t see the face of the kid because his face wasn’t in front of the door. And the female soldier was taking pictures.”[25]

Torture was also routine in Afghanistan, where adolescents were beaten with hoses “and pipes and threats of sodomy.”[28] These acts were not done in the dark. Cambridge University published similar reports in a book that is more than 1200 pages long.[29] These acts were also testified to by psychiatrists such as Terry Kupers.[30]

Now, how did D’Souza respond to sodomy at Abu Ghraib? Listen very carefully here: “[Jewish Neocon] historian Bernard Lewis has pointed out that compared to prisons throughout the Arab world, Guantanamo Bay and Abu Ghraib are like Disneyland.”[31]

So, that’s how you know whether something is good or bad. You just have to compare it with another bad situation.

But if you think that D’Souza was crossing some kind of a Rubicon known as stupidity, then you ain’t seen nothing yet. “Abu Ghraib did not reflect the shared values of America,” wrote D’Sousa way back in 2007, “it reflected the sexual immodesty of liberal America.”[32]

Not only so-called “Leftists” ought to take responsibility for being fascists and Neo-Nazis, but they ought to take responsibility for what happened in Iraq as well! If that is not the zenith of craziness, what is? The only way that D’Souza can get away with stupid things like that because he is operating under a system that does not allow him to think clearly and consistently.

D’Souza was in jail for several months. Perhaps he should have spent more time there to clear his head. The final question we should ask is this: Who is D’Souza working for?

The answer is pretty simple. When Benjamin Netanyahu came to Congress to deliver a speech on Iran’s so-called nuclear program, D’Souza declared that Netanyahu was “a better judge” than Obama. This is D’Souza at his best:

“Netanyahu to me is the closest resurrection that we’ve seen to Ronald Reagan. In other words, if there ever had been a campaign between Reagan and Obama, it would look a little bit like the showdown we’re seeing now. You’ve got a guy who’s extremely self-confident, very well informed, and quite frankly, obviously a better judge of what poses an existential threat to Israel than Obama is.

“When Obama patronizingly says, of course, we all have the same goals, the truth of it is, Israel is right there. The mullahs have said we vow to eradicate Israel and … want to get an atomic bomb. You put those two facts together and I can see why Israel is rightfully nervous.”

This article was first published in the fall of 2017.