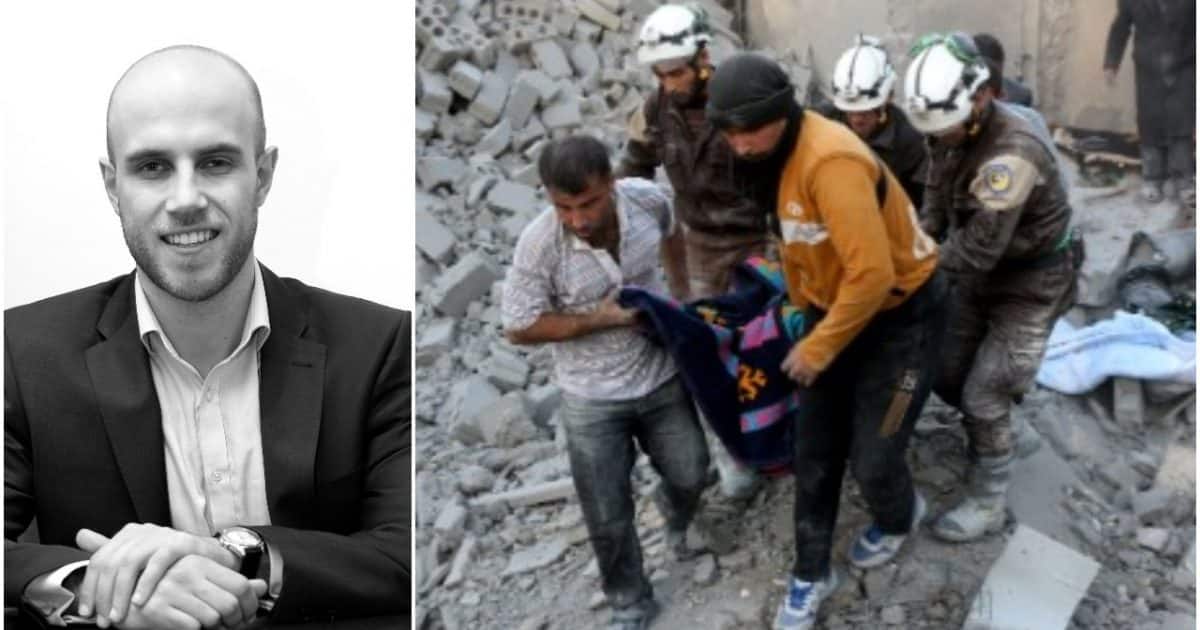 
Tareq Haddad is a former Newsweek journalist, but he no longer reports for the outlet because he believes they are involved in deception, fake stories, and colossal lies. In his article “Lies, Newsweek and Control of the Media Narrative: First-Hand Account,” Haddad took no prisoner when he said:

“The U.S. government, in an ugly alliance with those [who] profit the most from war, has its tentacles in every part of the media—imposters, with ties to the U.S. State Department, sit in newsrooms all over the world. Editors, with no apparent connections to the member’s club, have done nothing to resist. Together, they filter out what can or cannot be reported. Inconvenient stories are completely blocked. As a result, journalism is quickly dying. America is regressing because it lacks the truth.

“The Afghanistan Papers, released this week by the Washington Post, showed further evidence of this. Misinformation, a trillion dollars wasted and two thousand Americans killed—and who knows how many more Afghanis. The newspapers ran countless stories on this utter failure, however, none will not tell you how they are to blame. The same mistakes are being repeated. The situation is becoming more grave. Real journalists and ordinary people need to take back journalism.”

Obviously Newsweek thought this through. If Haddad is right, they seemed to be saying, then the United States’ involvement in Syria is a charade; if Haddad’s evidence is known, then Newsweek itself will be shut down because they have been blaming the Assad government for killing their own people since the beginning of time. If Haddad is right, then trillions of dollars have already been wasted in Syria. 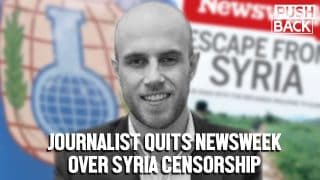 Haddad seems to be a man of principle. If the news outlet can suppress serious evidence against the prevailing narrative, then the outlet isn’t about true journalism; it’s about supporting the oligarchs, the war profiteers, the Neocons, and the very people who want to see blood all over the Middle East. Haddad obviously found himself in a dilemma: he could continue to work for the outlet and believe their nonsense, or he could resign. As he put it: “In essence, I was given a simple choice. On one hand, I could continue to be employed by the company, stay in their chic London offices and earn a steady salary—only if I adhered to what could or could not be reported and suppressed vital facts. Alternatively, I could leave the company and tell the truth.” Haddad chose the latter. He wrote on December 7th:

“In the end, that decision was rather simple, all be it I understand the cost to me will be undesirable. I will be unemployed, struggle to finance myself and will likely not find another position in the industry I care about so passionately. If I am a little lucky, I will be smeared as a conspiracy theorist, maybe an Assad apologist or even a Russian asset—the latest farcical slur of the day…

“It is a terribly sad state of affairs when perfectly loyal people who want nothing but the best for their countries are labelled with such preposterous accusations. Take Iraq war veteran and Hawaii congresswoman Tulsi Gabbard for example, who was the target of such mud slinging for opposing U.S. involvement in Syria and for simply standing up to the Democratic Party’s most corrupt politician, Hillary Clinton. These smears are immature for a democracy—but I, in fact, welcome such attacks. When the facts presented are utterly ignored and the messengers themselves are crucified in this way, it signals to right-minded people who the true perpetrators of lies are and where the truth in fact lies.

“Yesterday I resigned from Newsweek after my attempts to publish newsworthy revelations about the leaked OPCW letter were refused for no valid reason. I have collected evidence of how they suppressed the story in addition to evidence from another case where info inconvenient to US govt was removed, though it was factually correct.”

How does Newsweek respond to Haddad? Here it is: “The writer pitched a conspiracy theory rather than an idea for objective reporting. Newsweek editors rejected the pitch.” “Conspiracy theory” is like a loaded gun these days. All you have to do to dismiss your opponent is to say that he is perpetuating conspiracy theory without an iota of evidence, and the game is over. Haddad responded:

“I have collected evidence of how they suppressed the story in addition to evidence from another case where info inconvenient to US govt was removed, though it was factually correct. I plan on publishing these details in full shortly. However, after asking my editors for comment, as is journalistic practice, I received an email reminding me of confidentiality clauses in my contract. I.e. I was threatened with legal action.

“I am seeking legal advice on how to proceed and whether I may be entitled to some type of whistleblower protection due to possibly fraudulent behaviour. At very least, I will publish the evidence I have without divulging the confidential information.”

Haddad is to be applauded for his effort. He just shows the oligarchs, the liars, the war machine and profiteers, that not everyone is willing to be prostituted for money and fame.