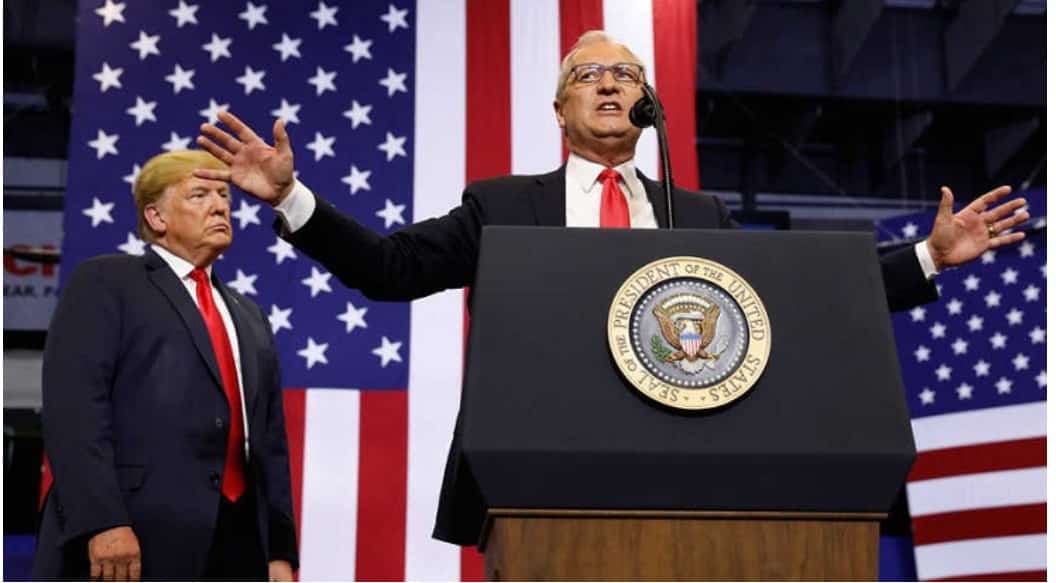 By Henry Kamens for New Eastern Outlook and Veterans Today

The latest Armenian related news, in the US Senate, follows on from the House Resolution from the end of October. Such genocide recognition is a testament to the tenacity of the Armenian-American advocacy community, within the context of broader US-Turkish relations.

The motivations behind the vote are open to debate, especially now that Turkey is a political football. Nevertheless the US Senate has unanimously passed a resolution recognising the mass killing of Armenians in the Ottoman Empire a century ago as genocide, a move modern Turkey has been keen to use much of its new found influence to prevent.

The resolution, pushed by New Jersey Democratic Senator Bob Menendez, refers to the killing of an estimated 1.5 million Armenians by the Ottoman Empire from 1915-1923. Though the Ottoman Empire went the same way as the Soviet Union, Turkey is not happy, and considers the actions of the American lawmakers as a slap in the face.

Sen. Menendez fought back tears as he announced passage of the legislation on the Senate floor, over White House objections.

“I am thankful that this resolution has passed at a time in which there are still survivors of the genocide [who] will be able to see that the Senate acknowledges what they went through.”

In reaction, Turkish officials have warned that the vote in the US Congress would deal a blow to the already fragile ties between the two NATO allies, and some within the Turkish government consider the move to be “rewriting history, based on lies.”

Much is involved, as the issue with the S-400 deal is still not resolved, and nor, according to Erdogan, will it be clear until April – conveniently the month in which the Armenian Genocide is commemorated.

I am not sure if there is much to be done between now and then to influence the US president. He will not use the word “genocide” on April 24. The Armenian community was hoping, thinking that there is a lot of time between now and then. And in light of Syria, the S-400, sanctions, and now the Incirlik base are more pressing issues on the agenda, that Trump would have a change of heart.

But the Trump Administration’s reaction to the Armenian Genocide Resolution was mixed at first, not taking much of a position on the vote in the House and trying only at the last stage to block the subsequent vote in the Senate.

As reported by Radio Free Europe,” The position of the Administration has not changed,” the U.S. State Department spokeswoman, Morgan Ortagus, said in a short statement on the resolution which the Senate adopted by unanimous consent on December 12. She reiterated that the President’s views are the same as before as outlined in a definitive statement on the issue from April of last year.

The Armenian National Committee of America (ANCA) was quick to criticize Trump’s refusal to also characterize the First World War-era mass slaughter of Armenians as genocide.

Recognition for the Wrong Reasons

Genocide recognition could be another bargaining chip, though probably a secondary one. Mr. Trump himself has other matters to deal with, in all events. Fortunately for Donald Trump the recently passed resolution does not require his signature, as it is non-binding and the motivation of the Congressmen is clear – not so much to remember the plight of the Armenians but to send a loud message to Turkey and its leadership.

After over 70 years of refusing to recognize the Armenian genocide for political reasons, US Congress suddenly changed its mind – also for political reasons, leaving actual Armenians entirely forgotten amid new found virtue on the part of the US. It is clear that Trump/Erdogan tag team play over the issue of the Armenian Genocide has more than just Armenians upset, based on the recent votes in the House and Senate.

The US will now affirm that the United States will “commemorate the Armenian Genocide through official recognition and remembrance.”

S.Res.150 – A resolution expressing the sense of the Senate that it is the policy of the United States to commemorate the Armenian Genocide through official recognition and remembrance.

The language of the resolution is quite clear concerning the US view of history of the mass murder of upwards of 1.5 million Armenians, and cites specific historic documentation and emphasises the need to educate Americans about what actually happened.

(1) to commemorate the Armenian Genocide through official recognition and remembrance;

(2) to reject efforts to enlist, engage, or otherwise associate the United States Government with denial of the Armenian Genocide or any other genocide; and

It is no coincidence that the Turkish government has just launched its own new Armenian Genocide-denial website, or as it is described in mainstream Turkish reports (Turkish discourse), the “so-called Genocide.”

There has also been a war of movies: Hollywood’s New Armenian Denial Epic on the issue of the genocide is a Hollywood production trying to paint a totally different picture of what happened. On the Armenian side there is the The Promise, which is more reflective of historic reality, at least in my opinion.

Turks are also upset at being suspended from the US F-35 stealth fighter jet programme, being now unable to buy and participate in it although it has been both a producer and a buyer. This has been done to penalise the country for buying the Russian S-400 system. Even sports are involved in the Turkish-Armenia discourse, as in the case of Enes Kanter, a professional basketball player from Turkey who is blacklisted as a Gülenist in official Turkish circles.

Does the Turkish leader discuss any of that with his American supporters, I wonder? The mentioned legislation denounces the abuses of Turkish counterterrorism authorities, who target journalists, political opponents, dissidents, minorities including Kurds and others.

By the end of 2018, the Government of Turkey had arrested or imprisoned more than 80,000 Turkish citizens, closed more than 1,500 nongovernmental organizations on terrorism-related grounds and dismissed or suspended more than 130,000 civil servants from their jobs.

I am not sure if there is a clear-cut assessment by the State Department or the White House of Gülen and related issues. Perhaps there are other cards to be played when the time is right, by those in the US who are not happy with Turkey.

The issues they will raise, when they do, are not only about the Kurds and Human Rights but how Turkey is trying to blackmail the United States based on its NATO membership and cozy relations with Iran, Iraq and the Russian Federation, much to the dismay of many American policy makers.

Perhaps some figures in Ankara are concerned that the White House will use the word “genocide” in its annual April 24th statement. I am not sure exactly how recognising the Armenian Genocide and sanctioning Turkey will affect things on the ground in Syria, though. Events in that country “fits-only-too-well” with the genocide story, and [that is] very unfortunate, really tragic. Turkey is claiming exactly what it claims with regard to the Armenians, with the same lack of reality.

When it comes to analysing politics and international affairs, the only two things I can say with confidence are: (1) there are always numerous factors at work, often interlocked in complex relationships; it is rare to have clear-cut cause-and-effect situations, especially when you factor in that the actors are human beings, and human beings may act less than rationally, and (2) many aspects and interactions do not yield publicly-available data, so commentary and hypotheses may be good guesses at best, mere speculation at worst.

It is frustrating studying politics and international affairs through academic lenses. At the same time, however, when you manage to come up with something systematic and rigorous despite the inherent limitations of this, the intellectual process is very satisfying. It boosts one’s confidence.

The major factors in the US-Turkey relationship include their long-standing security partnership as part of NATO. Besides the White House and the State Department, the Department of Defense has a thing or two to say about engaging with Ankara and under what terms.

Any current rhetoric about the genocide is unlikely to play a major role in ongoing relations. I don’t think about it is primarily designed to upset the Turkish government at any level. However, it is having an effect on public opinion in the US concerning the general attitude towards the Turks and events in Syria, including the Kurdish question.

There could be mutual longer term benefit from arm twisting. But the short term benefits are hard to fathom.  Matters are still unclear vis-à-vis Syria, and who really wants to go to war over the massacre of Armenians? The US government is inventing ever more ingenious reasons for disliking people, but it would be somewhat far-fetched to use the historic genocide against modern Turkey, even though the US is very well aware of the offence the recognition of it causes.

More questions remain than are answered by Congress acknowledging the genocide. For instance, is there a shared vision for the security arrangements in the region?

It does appear that there is a serious shift in the attitude towards Turkey, NATO member or not. But to burn the bridge with Turkey is to sever Turkey from NATO. What is NATO without Turkey? We also cannot forget that the Russian government would need to be part of any deal, one it could “buy in” to achieve a lasting settlement in Syria and the region. How will this move affect this, one way or the other?

The idea is probably to cause offence, to show it is the US, but not ruin the relationship with Russia completely. But such strategies only work when everyone on the ground sticks to the same message, and the US, Turkey, Armenia and Russia all know that isn’t actually going to happen.

The recognition of the Armenian Genocide gives everyone a bone they can gnaw on and everyone a ball they can kick. Perhaps the idea is to make posturing rather than action the new international relations default – but in many ways, that would be no bad thing.