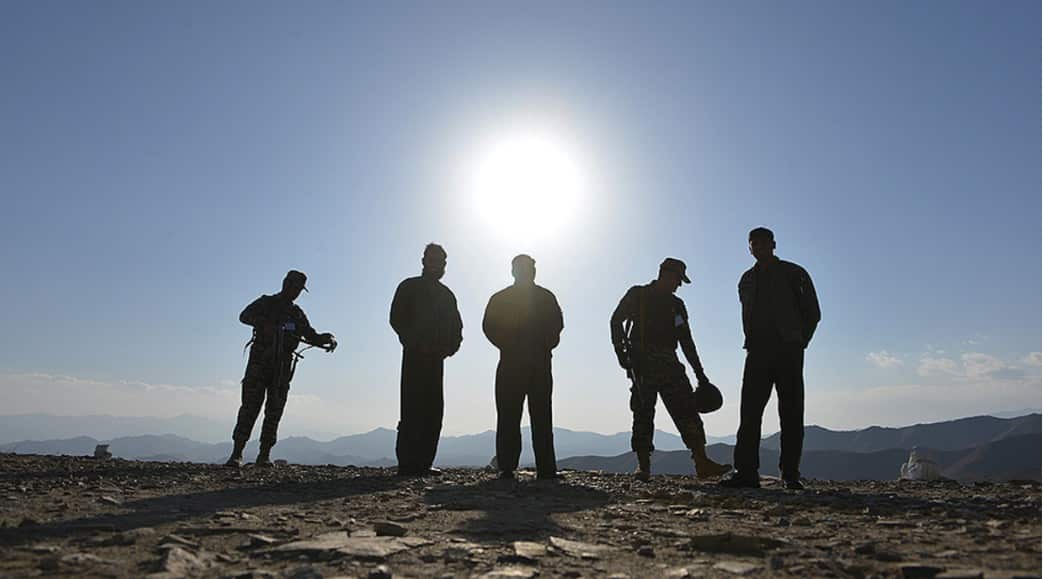 RT/Moscow: Barely a year after the Trump administration suspended military training for Pakistan, the US government has approved resumption of Pakistan’s participation in its International Military Education and Training Program, or IMET.

In 2018, US President Donald Trump signaled his decision, blindsiding the State Department, in a tweet squarely blaming Pakistan for failing to crackdown on terrorist groups in their country and providing “nothing but lies and deceit.”

That decision was rolled back by the end of the year – as Pakistan’s strengthening relations with Russia and China threatened to sideline American influence.

ALSO ON RT.COM‘We’ve always been on receiving end of US hegemony’: Pakistan seeks closer ties with Russia, and has a real chance of success

Defense training is a useful policy in the long term that helps to cultivate potential military leaders and influencers, particularly in military dominated states such as Pakistan. Trump’s decision to cut-off military training assistance for Pakistan appears to have raised concerns in the State Department over loss of influence in the country, carefully cultivated through years of defense cooperation and training provided to a generation of military officers who trained at various defense establishments in the United States. This move to resume the IMET is clearly an attempt to restore American strategic influence in Pakistan.

Significantly, this comes at a time when the United States government is reviewing training for foreign personnel on American soil, following a recent incident involving a Saudi Royal Air Force officer who opened fire in a classroom at Pensacola Naval Air Station in Florida, killing three American sailors and wounding eight other people, before being shot dead by police. This factor could possibly weigh against the government’s decision when it comes up for a vote in Congress. However, the military establishment in the United States, which has always tried to insulate military-to-military engagements from political tensions, regards that long-term benefits of defense cooperation that could potentially build mutual trust outweigh short-term political risks.

The resumption of defense training comes in the wake of the Prime Minister Imran Khans’ visit to Washington in July this year, in an attempt to re-boot Pakistan’s relations with the US.

Pertinently, Imran Khan was accompanied by the country’s top military leadership including the Chief of the Army and the Director General of the ISI (Inter-Services Intelligence), the premier national intelligence agency of Pakistan. In recent years, Pakistan-US strategic ties have declined significantly, with the Trump administration pressuring Pakistan to crack down on terrorist groups within its borders that targeted US troops in Afghanistan. At the same time, the US elevated its relationship with India – which has always opposed US-Pakistan defense cooperation – to a strategic partnership. Evidently, Pakistan’s reacceptance into IMET is likely to upset India.

But for Washington, the wish to have an avenue of influence on the Pakistani military appears stronger than concerns about India’s opinion – especially seeing as how, snubbed by the United States, the Pakistan military has sought to build closer ties with China and even Russia.

Another reason for a closer alliance with Pakistan could be to facilitate Trump’s promised withdrawal from Afghanistan, where the US has lost over 2,200 soldiers over the past 18 years, and spends $45 billion per annum. The Pakistan military could potentially play a crucial role in the ongoing negotiations involving the Taliban and the Afghan government.

The military has always played an instrumental role in Pakistan since its creation in 1947, with the country being ruled by military dictators on three occasions. Even with a civilian government now in place, the influence of the military is massive – and having it as an ally can be seen as a way for Washington to influence Pakistan politically.

Pakistan was a Cold War ally of the United States, at a time when India refused to align with the Americans, and several US presidents, particularly Nixon, were known to be enamored with the Pakistan military. Significantly, during the Cold War in 1971, Pakistan’s military dictator General Yahya Khan brokered the historic Sino-US rapprochement by facilitating Kissinger’s secret trip to China. Over the years, the United States government has advanced strategic ties with the Pakistan military establishment supported by close defense cooperation, including arms sales and training for officers, many of who have since reached senior and influential positions in the government.

Thus, the resumption of the IMET is clearly a step towards preserving American strategic influence in Pakistan by promoting its military engagements in a country that has shown it is ready to turn elsewhere for allies.