The history of money as a means of exchange goes back tens of thousands of years, beginning with the rise of large human communities, for which barter became an impractical solution to the problem of commodity distribution.

Money as a Neutral Means of Exchange

Human collectives were small, nomadic bands that utilized a limited number of tools and other objects. Resources were shared among the community, so the need for the exchange was limited. Barter, or the direct trade of one type of goods for another, was a fast way of redistributing items from person to person.

However, as societies developed, grew larger and more complex, and began accumulating a wider range of resources, tools, and objects, barter became more difficult. For a person to get what they needed, they had to find another person that had a sufficient extra quantity of that thing.

Money solved this problem by becoming a proxy for value, facilitating exchange. Party A could trade a certain quantity of shells or some other item to party B for something they needed. Party B could then use those shells to buy something they needed from party C. Money facilitated exchange because it was something that everyone needed. 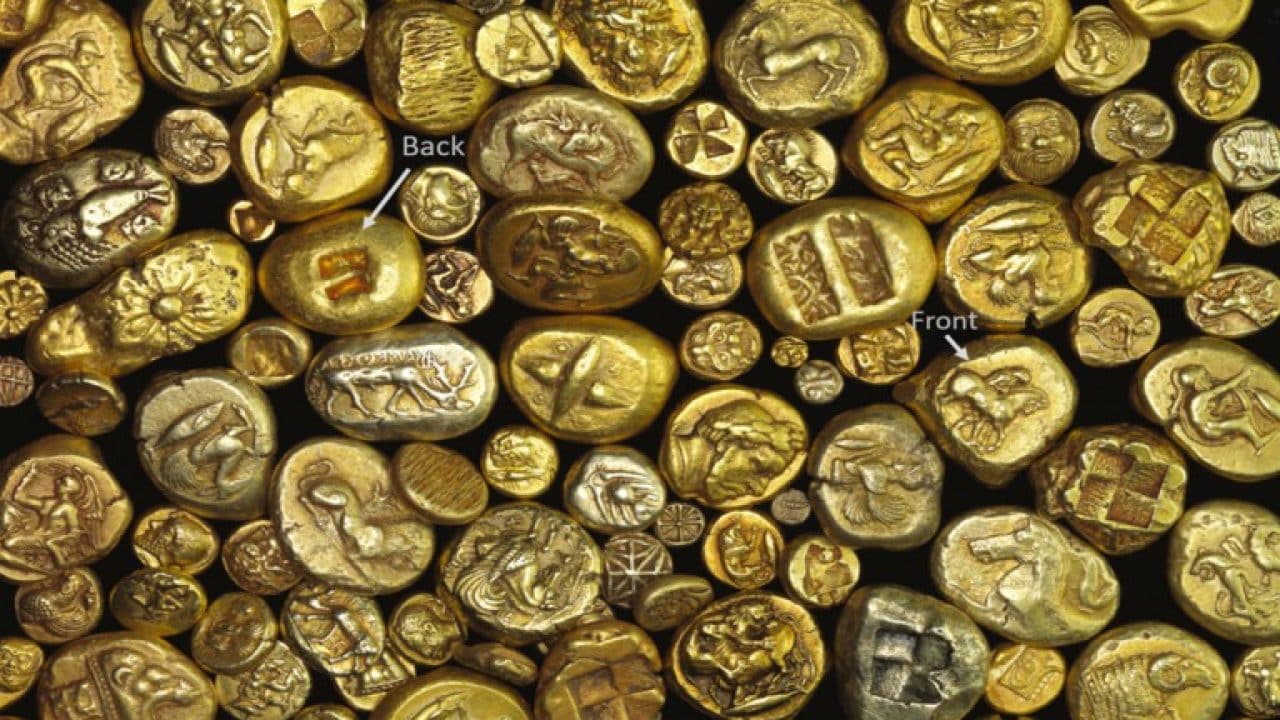 The Lydians and the Rise of True Coins

The Lydian King Alyattes is credited with creating the world’s first true coins. These had a known value and were stamped with an official government seal to prove their provenance and thus their worth.

This innovation made payments more predictable, removing the need for guesswork when trying to determine the value of a bag of shells or precious metal ingots.

However, money, particularly minted coinage, is also a means of control. When the item used as a currency was an easily obtainable resource, like livestock or shells, or when it was simply a certain weight of unmarked precious metals, rulers had no way of controlling who had money and who didn’t.

By controlling the minting process, and branding money with an official mark, kings and other rulers could control the flow of wealth, and keep an appreciable amount for themselves.

Coins were thus a stable means of exchange as well as an effective political tool. In the end, the positive aspects of coinage outweigh the drawbacks. The Lydian coinage system was one of the greatest advances in the ancient world.

About: Mr. Rory Brown is a Managing Partner of Nicklaus Brown & Co., the Chairman of Goods & Services, Nearshore Technology Company, and a member of the board of directors of Desano. He is passionate about delving into the history of money and how our modern currency has evolved into what it is today. In his spare time, he writes about the history of the Lydians – the first civilization to use gold and silver coinage.

The 9 Stages of Civilization, We’re in the 7th – Apathy

‘Trojan horse’ treatment makes cancer self-destruct without use of drugs

Guantanamo: The Voice of the Voiceless

Sully: Vote Him Out!

The 9 Stages of Civilization, We’re in the 7th – Apathy