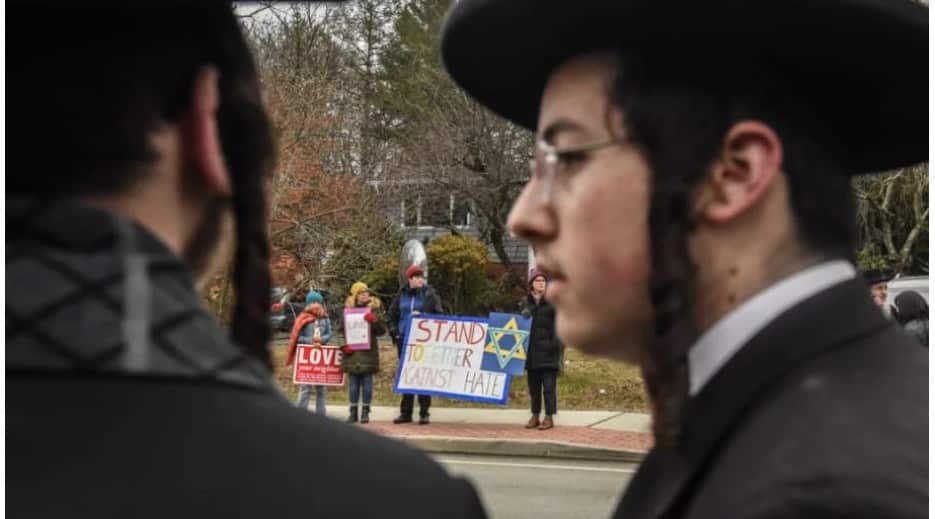 A New York man accused in the Saturday night stabbing rampage at a rabbi’s Hanukkah party has a “long history of mental illness and hospitalizations,” his family said.

Grafton Thomas, who is in custody and accused of five counts of attempted murder and one count of first-degree burglary, has suffered from “profound mental illness” for which he had received “episodic treatment,” according to the family statement released by a lawyer.

Thomas has been arrested twice before, police said, for menacing and reckless endangerment. Witnesses said the suspect pulled out a knife as large as “a broomstick” and began stabbing indiscriminately into a crowd of about 100 people gathered in the rabbi’s upstate home.

However, the family statement appeared to seek to challenge that characterization and said: “He has no known history of anti-Semitism and was raised in a home which embraced and respected all religions and races. He is not a member of any hate groups.”