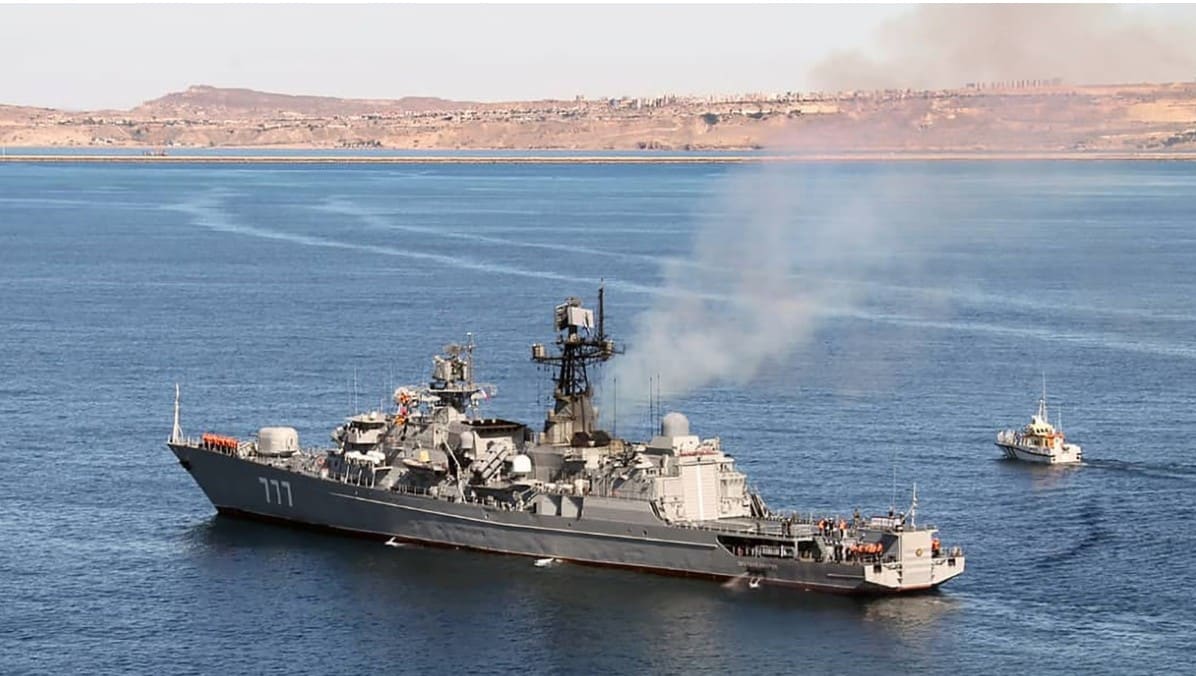 RT/Moscow: A first-of-its-kind combined naval exercise by Iran, China and Russia has wrapped up in the Gulf of Oman. The US has been watching closely, as it could be the beginning of a security coalition to counter American influence.

The Iranian Navy had announced that the December 27-30 exercise, codenamed Marine Security Belt, was aimed at enhancing maritime security in the region, which has witnessed a series of attacks on ships transiting the vital shipping lane – the same attacks for which the US has been blaming Iran. The US, along with its allies, maintains a strong naval presence in the region, and a European Union mission led by France is also known to be operating there.

Pentagon calls it a ‘provocation’

The naval exercise follows a recent announcement by President Trump that another 14,000 soldiers will be added to the region, doubling the current strength of US troops deployed in the Middle East. Washington has branded the exercise as a provocation, with Acting US Navy Secretary Thomas Modly stating: “I think they’re going to continue to perform provocative actions over there… and I think they’ll look at every opportunity they can to do that.”

The exercise was monitored closely by the US, and Pentagon spokesman Commander Sean Robertson vowed to “continue to work with our partners and allies to ensure freedom of navigation and the free flow of commerce in international waterways” – which in practice has come to mean maintaining a US naval presence there.

ALSO ON RT.COM‘No joke, intruders will be shot!’ Iran warns spies to keep clear of its joint drills with China & Russia

Banding together to counter US sanctions

Any combined naval exercise is a significant advance in strategic cooperation between participating states, but beyond maritime security, the three partners in this newly emerging coalition have a clear common interest in countering American influence in the region. The commander of Iran’s Navy, Rear Admiral Hossein Khanzadi, hinted that the exercise would “send a message to the world,” and that it signals “that these three countries have reached a meaningful strategic point in their relations.”

Tensions between Iran and the US, backed by Saudi Arabia, have been threatening to boil over since Trump’s 2018 withdrawal from the Iran nuclear deal (the JCPOA). A barrage of sanctions and accusations followed Tehran’s way, with Washington blaming it for various attacks that have threatened to destabilize the region.

In response to these attempts to isolate it, and striving to circumvent US sanctions, Iran has sought to build strategic ties with other global powers: China, India and Russia. Iran has also invited Pakistan to participate in the naval exercise, but it refused, likely in deference to its ally Saudi Arabia.

Significantly, India has been excluded from this grouping even though it has maintained close relations with Iran, marked by high level political engagements and large-scale investments in the development of Chabahar port, which remained exempt of sanctions and allowed India to continue importing oil from Iran. However, given India’s extant strategic partnership with the US, it is unlikely that New Delhi would be keen to move forward in defence cooperation with Iran. Clearly conscious of this limitation, Tehran has reached out to Moscow and Beijing, which have sought to challenge Washington’s global influence. For both powers, developing close defence ties with Iran provides privileged access to the region and an opportunity to develop an alternate regional power centre.

Recently, the Russian Foreign Ministry proposed a multilateral approach to security in the Persian Gulf, which has been welcomed by China. Decades after the end of the Cold War, when the Soviet Union operated in the Indian Ocean out an anchorage off Aden, Russia appears keen to establish a foothold in the region. Pertinently, in November 2019, Russia and China had participated in the first ever trilateral naval exercise Mosi with South Africa in the waters off the Cape of Good Hope – a clear sign of a gradual expansion of Russian naval presence in the region in partnership with China and other regional players.

China looks for its own gain

China’s relations with Iran are relatively new and were formally established in 1971 only after the US rapprochement with China. In later years, during the Iran-Iraq War, China was a key arms supplier to Iran. China’s relations with Iran have progressively evolved, even though Beijing had earlier used Tehran in the context of its own relations with the US, leveraging “the Iran card” in negotiations over various issues. Based on this factor, China has adjusted its proximity or distance from Tehran. Iran is a key supplier of crude oil to China which, like India, had also received a waiver from US sanctions. China’s naval presence in the Indian Ocean region since 2009 is relatively recent but has expanded significantly in the preceding decade. Currently, China is seeking closer ties with Iran since it could potentially be a key player in the Belt and Road Initiative and a trilateral arrangement with Russia could pave the way for a larger strategic role for China in the region, which could impinge on the extant US influence.

On balance, the trilateral exercise is a significant regional development. Any further moves in the same direction will be watched closely by the US and its allies – for it could mark the return of a big power rivalry playing out in the Indian Ocean region.