Home Government Trump: ‘I Have Done More For Christianity Than Jesus’ 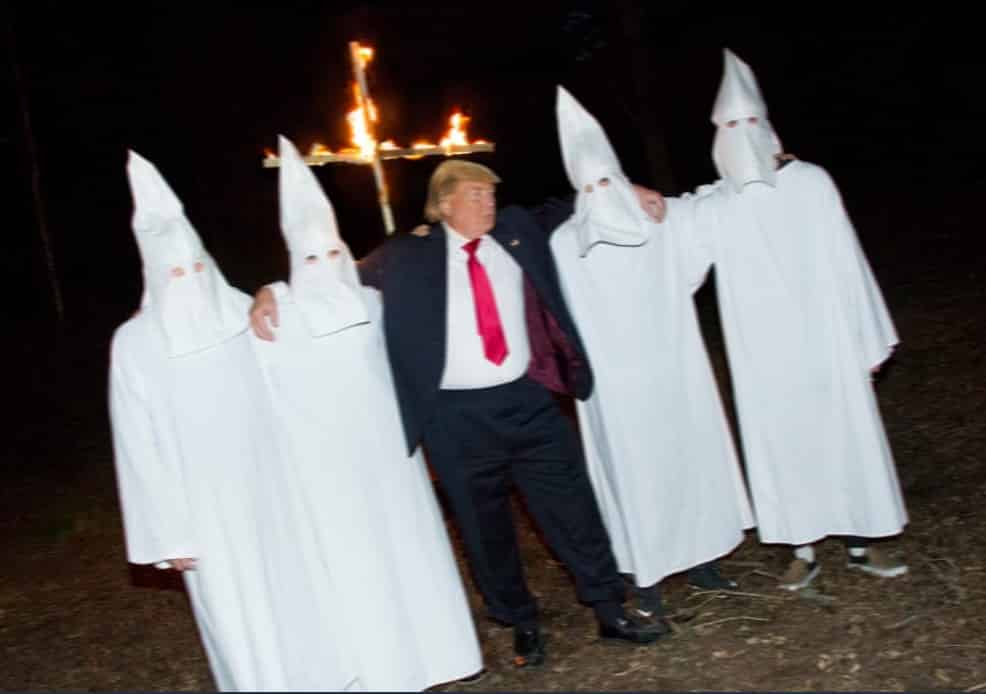 I received a copy of this article yesterday. Instead of my usual procedure of giving my comments first, I will post them at the end. – Mike

WASHINGTON, D.C.—In response to the Christianity Today editorial calling for his removal, Trump called the magazine a “left-wing rag” and said, “I have done more for Christianity than Jesus.”

“I mean, the name of the magazine is Christianity Today, and who is doing more for Christians today? Not Jesus. He disappeared; no one knows what happened to him. But I’m out there every day protecting churches from crazy liberals.”

While Trump admitted that Jesus did do some things for Christianity in the past, Trump said he was doing more now and it was more substantial. “I’m appointing judges to help protect religious rights,” Trump stated. “How many judges has Jesus appointed? He says something about judging people in the future, but I ain’t seen it.”

Furthermore, Trump asserted that he “saved Christmas.” “Look what I’ve done,” he said. “You can say ‘Merry Christmas’ now. In fact, if you say ‘Happy Holidays’ and don’t immediately make it clear you’re referring to Christmas, you go to prison. What has Jesus ever done for Christmas? Be born? He wants credit for that? Come on.”

In reading this, I would wager that most of you asked yourself, “Is this for real? Did he really say that? He probably did.” I know those thoughts went through my head. Be honest now; how many of you thought that it just might be a true story?

When looking at a story, it is sometimes difficult to determine if it is factual or if it is satire. Normally, one would think, “would a rational person actually say that?” If the answer is no, it is probably satire. With Donald Trump the whole concept of a “rational person” goes out the window.

The way that I figured out it was probably satire is that I did not see this story elsewhere. If he actually said it, it would have been posted all over the Internet. Yet I was still not sure as I could imagine him actually saying this so I went to The Babylon Bee Website. It is a humor fake news site somewhat similar to The Onion.

When Kevin first starting posting some of his satirical pieces in VT, I sometimes had to read through them twice to be sure that they weren’t real. This is when satire is at its best.

Some people have said that the Trump presidency must be a boon for comedy writers, but I am not so sure about this. Watching late night shows like Jimmy Kimmel or Stephen Colbert, many times in their monologues, they simply read a quote from an actual Trump Tweet or speech in their Trump voices and it gets a big laugh.

Often times humor is taking the truth and stretching it a bit or exposing how irrational something is. How does one satirize a person who is already a caricature of a real human being?