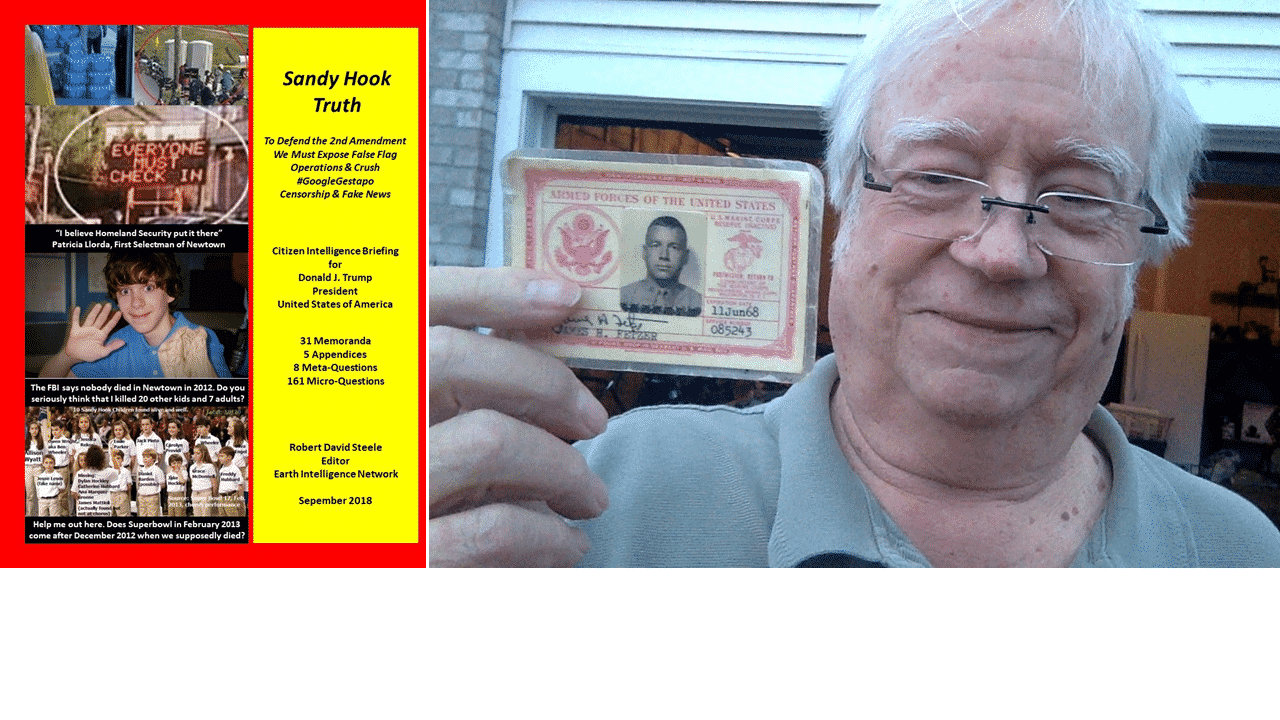 When Alex Jones was sued over Sandy Hook, I was among those who offered to help him line up the considerable evidence that Sandy Hook was a false flag event orchestrated by the Federal Emergency Management Agency (FEMA). He refused help from me and many others.

Now it appears that Alex Jones “threw” the Sandy Hook lawsuit. The article below from The New York Times makes it quite clear that “Jones and his lawyer intentionally disregarded an October court order to produce witnesses and other materials to the plaintiff in the lawsuit, Neil Heslin.”

While I have no direct knowledge, I did put together a collection of memoranda delivered to the President of the United States of America on 8 September 2018 (a companion to the collection of memoranda on 9/11 delivered to him on 8 August 2018), and I am quite convinced myself, that Sandy Hook was a false flag. The below link leads to much — not all — of the evidence that Alex Jones could have marshaled for presentation to the Court had he wished to do so.

This makes three lawsuits now that I know.

The first, brought by Sandy Hook cyber-stalker Lennie Pozner (probably not his real name and he has been using multiple security numbers including one from a woman who died) against  Wolfgang Halbig, former state trooper and then school security consultant. Pozner (P) folded his hand when Halbig was supported by the court in demanding a video deposition. Since then a “stand-in” for Pozner appears to have been found, and video depositions fabricated.

The second is the lawsuit against Alex Jones, who appears vulnerable to bribery and blackmail on multiple fronts. Given what I know, I do not believe Alex Jones “folded” because he was afraid of losing, but rather because he was incentivized to do so, just as all of the victims of 9/11 were incentivized by Zionist-controlled judges and  others to “settle” so as to keep 9/11 completely out of the purview of federal courts and “discovery.”

The third was the trial of Dr. James Fetzer, former Marine Corps officer, PhD, and one of the top authors on the topic of false flag events (I ran one for the CIA, and have also published — Dr. James Fetzer is the real deal and I would bet my life on his integrity). This trial was blown up by a judge that is either stupid or corrupt in one of two ways: accepting a bribe to issue a summary judgment when facts were in dispute, which is judicial malpractice; or accepting a national security warrant to cover up government malfeasance, a common practice across the country whenever CIA or FBI or — now — DHS — have “equities.” Here is one account of that trial, that is not over — we will see it all the way to the Supreme Court.

In my view, President Donald Trump was elected because many of us are fed up with legalized crimes by our government enabled by a two-party tyranny fronting for the Deep State (“Griftopia“) and a culture of sanctimonious virtue signaling by assholes who support open borders, transgenderism, pedophilia, homeless people run amok, and more. I believe President Trump is going to restore law and order — in the proper sense of the word — in his second term.

The truth about Sandy Hook is going to come out, in court and in the media.

Alex Jones appears to have lost his integrity. That is not a problem I have and it is most certainly not a problem that Dr. James Fetzer or Wolfgang Halbig or any other patriots who have studied Sandy Hook have.

The truth about Sandy Hook is going to come out, in court and in the media.

Every person who has been complicit in the Sandy Hook deception eventually will be held accountable by the public. I believe all of them are “covered” by national security “warrants” that not only order them to lie to the courts and the media and public about Sandy Hook but may also indemnify them from future prosecution.

But here’s the thing: those warrants are unconstitutional and illegal. At some point, everyone associated with those warrants is going to be liable for perjury at best, treason at worst.

Now THAT is going to be INTERESTING.

SPECIAL NOTE: Veterans Today does NOT endorse Sandy Hook deniers.  VT believes in the First Amendment and academic freedom.  It is an open forum for all points of view thus VT offers others a platform to tell their stories, points of view, and opinions.

To ensure a well informed educated online citizen, we ask all readers to double and triple fact check all information herein. Veterans Today empathizes and stands with the victims of Sandy Hook and their families.