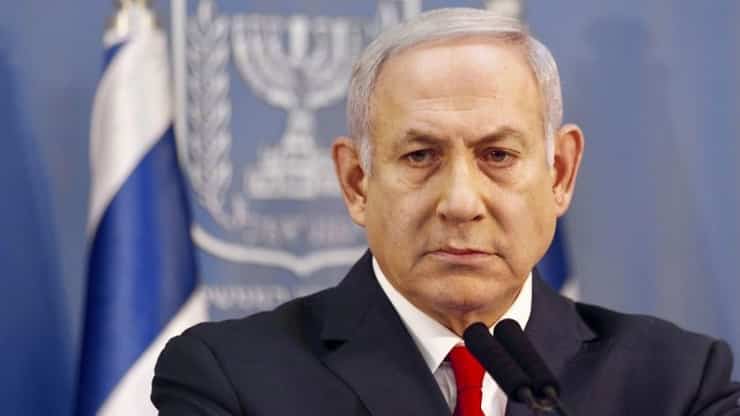 “With a gentleman I am always a gentleman and a half, and with a fraud I try to be a fraud and a half.” ~ Otto von Bismarck, Chancellor of the German Empire, 1871-1890

[ Editor’s Note: Bibi wraps up the year still out of jail and continuing to charge everyone who is after him as involved in a coup to remove him. One thing you have to give him credit for, he ain’t no quitter.

My NEO piece below was a review of the situation after no political figure or party has been able to put a government coalition together to avoid a third election, something dreaded by all except Netanyahu.

He is still interim prime minister, collecting a badly needed paycheck with his legal bills, and with next election round he has more time to wiggle out of his legal jam. The news this week was that the reformers who had filed a Supreme Court case to block him from running due to his indictment were turned down.

The three judges ruled that there was no precedent to block him from running, and the only legal issue that could arise would be if he wins, and could he then take office while under indictment.

As an inducement for Bibi to pull out of the last battle to form a government, giving him a pardon was floated from multiple directions, including the Attorney General and even President Rivlin. But Bibi just smiled and bided his time, remaining on the offensive with all of his detractors, refusing to give up the world wide pulpit his has to stay in the game.

So like it or not, it is not just the Israelis who are stuck with him for at least the next six months, but the whole world. What did we do to deserve this I ask?

But it does look like he will have to share the political scandal stage. Read below about the two new major cases with the ex-Navy and some close to Bibi being indicted in the submarine affair, and then a corruption sex drama in judicial appointments with a handsome senior judge bedding down and attractive female one wanting to climb the ladder by bedding down the former…JD ] 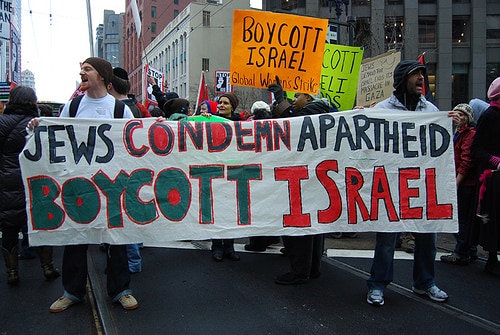 An exhausted Israeli public is getting a temporary respite from Israel’s two failed attempts to form a government by a hopelessly divided Knesset.

The political party battle lines remain hardened, as no compromise was possible to put a majority coalition together. It seems the political egos must be served first, and the country’s interests come second.

March 2, 2020 is set for the next polling date. Early polls show Benny Gantz’ party, Blue and White, picking up 2 to 4 seats, and some shifting relations among the minor parties.

For example, the Labor party once ruled Israel for three decades until it was unseated by the former head of the Irgun terror organization, Menachem Begin. It now fears not making the minimum vote needed to be allotted seats and is looking for another party to join.

The Jewish Home-National Union’s Bezalel Smotrich told Channel 12 news he has called for the small rightwing parties to unite. “We need to learn from past mistakes. In the [April] election we ran with two lists and the New Right didn’t pass the electoral threshold.

If it hadn’t been for that we’d already be nearing a year with a good right-wing government.” Smotrich called for a single slate representing the religious right.

Another unnamed top rightwing official reported to Channel 12 news that, “There will not be another blind following of Netanyahu… “A fourth election is not an option and would be unforgivable.”

Not everybody is on the join together train. New Right chief Naftali Bennett reiterated his party’s intention to run independently in March. As acting Prime Minister, Netanyahu appointed Bennett defense minister until a new government plays musical chairs with all the ministries once again in Israel. These are hard fought for positions for all the publicity they can generate for those wanting to run for the PM slot someday.

Bibi is using political turmoil as his prosecution shield

So far Bibi seems to be winning on the political-legal stage in terms of blocking any real movement on his formal indictment and prosecution. A multi-layered legal battle is now joined where he will use every tool at his disposal to avoid sitting in a court room.

Attorney General Mandelblit did not want to rule on whether Bibi could continue to be Prime Minister after his three corruption charges, passing that decision on to the Supreme Court. He considered the question a theoretical one, as Bibi has no government until the new Knesset is elected and he has coalition votes to form a government.

Bibi could have a two for one present on that issue. He has stated he plans to request parliamentary immunity but must wait until a new Knesset is in place to do that. The delay might buy him enough time to build political support to fight his criminal cases, as his strategy has been to attack anyone involved in his prosecution as members of a coup out to illegally oppose them.

He has always lived by this rule politically, relentlessly attack anyone who disagrees with you, so he has fallen back on what has worked well in the past. My bet is that the Supreme Court will rule on the case out of patriotism not wanting the state to drift endlessly month after month, when so many important issues are on the table.

State attorney Shai Nitsan who ran the Bibi investigation resigned last week, leaving the State prosecutor’s position open. There is disagreement between acting Justice Minister Amir Ohana and Attorney General Mandelblit as to how quickly an acting new State Prosecutor can be appointed. One is saying in a few days, and the other claims not until a new government is formed.

An angry Shai Nitsan was able to respond in the Jerusalem Post to Bibi’s ruthless attacks against not only him but the whole prosecution team as part of a coup attempt to dethrone him.

He stated that, while Bibi charged him with being on a personal jihad to remove him from office, “It is not my personal position [to indict]. A team of 25 people sat down – I have no idea what their political views are – and everyone thought an indictment needs to be filed.”

Can Bibi parlay a pardon?

Netanyahu is an old hand at buying time to wiggle out of tough spots. Even before the last deadline for forming a government, President Rivlin publicly came out for a pardon on December 4 for Bibi if he would resign from politics and confess to the charges. He took a pass on that, even though Mandelblit also gave his approval.

Since then, kingmaker Avigdor Lieberman, who represents the Russian emigres’ party, stated he would go along with a pardon to remove the stumbling block that Bibi has had in forming a new government.

He stated that he wanted Bibi to “retire with dignity”, that there was a “sense of fatigue” with Netanyahu in the Knesset, feeling he had become a burden. Regarding whether there would be legislative support for a pardon he said, “I’m sure there will be wall-to-wall support. I think everyone here feels the man had contributed quite a bit and should be let go with proper respect, but no one wants to see him [here] anymore.”

This is pie in the sky dreaming for Lieberman. If such an allowance were made for Netanyahu to “retire with dignity”, he would go down in history for creating the Bibi Loophole for every corrupt politician following behind him, and there seem to be quite a few in line right now.

One such case involves the ex-head of the Israeli Bar Association, Efi Nave, who will be charged with bribery and breach of trust; along with Eti Craif, a judge on the Rishon Lezion Magistrate’s Court, for charges of bribery and destroying evidence.

Nave was one of the nine members of the powerful Judicial Appointments Committee that rules on both placement and promotions for judges in Israel’s three-tiered judicial system. Prosecutors claim that Nave was promoting the attractive Judge Craif’s career in return for a romantic relationship.

The other case is much more serious, as it could become the biggest graft case in Israel’s history, and includes two of Netanyahu’s closest former aides. Bibi’s former chief of staff, David Sharan is accused of accepting bribes from David Shimron who has been Bibi’s personal lawyer, confidant, and second cousin.

Shimron is accused of helping Michael Ganor, the agent for the German ThyssenKrupp Marine Systems, helping conceal the transition with money laundering assistance. Eliezer Marom, a former head of the Israeli Navy has also been charged.

Those charged are a “who’s who” of the military and political elite of the country, further hurting the reputation of the special country that cannot be criticized publicly, and that screed being used to enrich top officials who feel it is their due to be able to make some extra money on the side behind the power of their reputations and past high positions.

Will Bibi be tarnished with another major corruption scandal?

Netanyahu has not been mentioned in the case at this stage, but anyone thinking that he would not have known about a major deal in the works like this would also believe in the tooth fairy. This case has all the seeds of a long soap opera. The Times of Israel reports,

“Ganor initially signed a deal to become the prosecution’s key witness in the case in which he reportedly admitted to bribing a string of senior officials in order to help secure contracts for the company with Israel’s Defense Ministry.

But in a shock move in March, he told police that he wished to alter key parts of the testimony he gave in the case. Ganor claimed that while he stood behind the facts he had given to police, the payments he gave were consulting fees and not bribes. He said police had pressured him to describe the circumstances so that they shored up the claim he had acted to bribe senior state employees.

That move reportedly came after Miki Ganor discovered that signing a state witness agreement had put his name on an international banking blacklist and blocked his access to tens of millions of shekels held in banks in Cyprus and Austria.”

Will this case intersect with Bibi’s corruption case? We will know in due time. The Mideast has a long reputation for corruption, and not undeserved. At Veterans Today, with each year that goes by, we learn more and more it is just about everywhere, hard-wired into the political system where money is its mother’s milk.