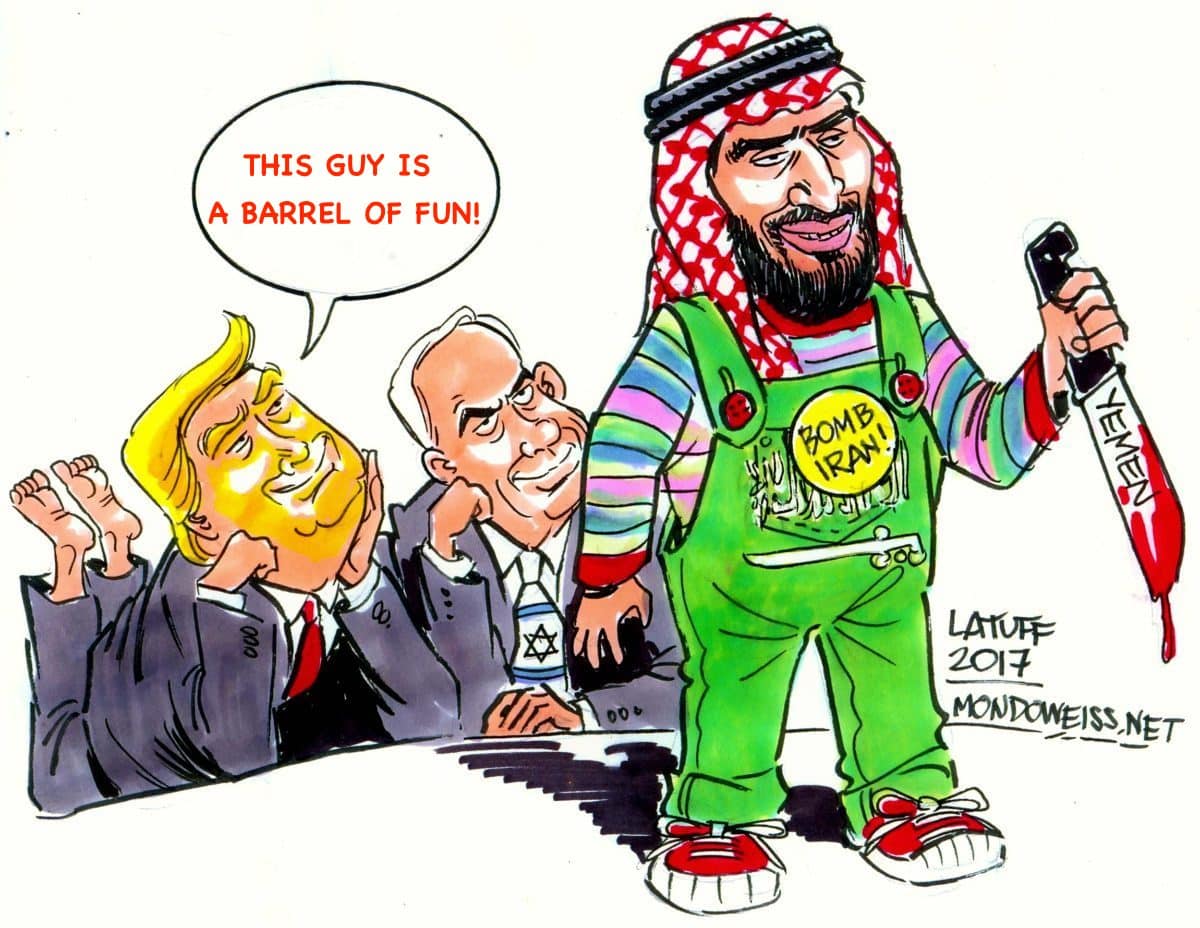 “Let’s face it, public executions in Chop-Chop Square have traditionally been drab, dour, puritanical affairs,” MBS explained. “What fun is it to be beheaded under such dismal circumstances? Not much. Quite frankly, such treatment is cruel and unusual. No wonder our country has gotten a reputation as a boring, backwards, medieval hinterland.

“But all that’s going to change. Under the new regime, people who criticize me will enjoy their last moments on earth…and then some. Next week we will inaugurate an open-air comedy pagoda on Chop Chop Square, less than twenty meters from the gallows, where condemned dissidents will literally laugh their heads off…with the help of a razor-sharp sword.

“The severed heads will be collected in ice buckets featuring excellent selections of extra-dry champagne, as befits our desert climate, and delivered to movie theaters where the dead eyelids will be taped open à la Clockwork Orange to facilitate the enjoyment of the latest in risqué Hollywood cinema. Next, the bleeding bodiless heads will be taken to Qiddiya, the Fun Suburb of Riyadh, featuring nightclubs where sexy maidens, dressed in the latest and most fashionably revealing costumes, will cavort with the bleeding heads across cavernous dance floors beneath the glare of flashing neon lights.

“Finally the heads will be flown to our new $500 billion ‘Fun City’ of Neom, where they can gamble, watch sporting events, and indulge themselves with bikini-clad robots until they finally expire of pure joy.”

Bin Salman added that beginning in 2020, female dissidents will be given the right to drive to their own executions.

Western leaders and human rights organizations welcomed the Saudi move towards modernization. American Clown Prince Jared Kushner lauded Bin Salman’s reforms, while his royal father-in-law, Fool King Donald Trump, tweeted that the US would consider following the new Saudi model as a way to dispose of the remaining prisoners at Guantanamo.

Amnesty International also praised Bin Salman’s move, but added that the people of Yemen also deserve to have fun before, during, and after they are blown to bits by American-built Saudi bombs.