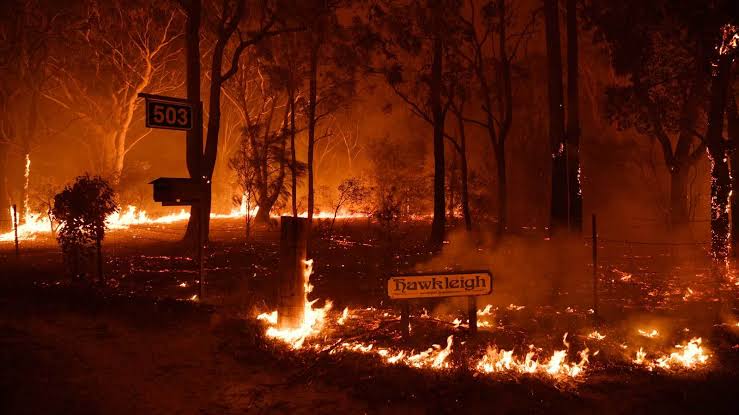 The wildfires that have plagued the United States in recent years are consuming double the acreage that they did as recently as 1970, and it has been determined that a wildfire season of today lasts a full 78 days longer than it did at that time. These are alarming statistics that indicate that the damage caused by wildfires is a much greater threat now than it ever was before.

On top of that, a whole body of research has come to the conclusion that conditions are generally hotter and drier in many parts of the United States than they’ve ever been before. An average increase of just 1°C could lead to upwards of a 600% increase in the burned area suffered by forests throughout the country. Even more disturbing is the knowledge that changes in climate are likely to continue to increase, which means they’ll have an even bigger impact on wildfires in the future that shows no sign of slowing or reversing.

While several things can be done to mitigate the effects of wildfires, the impact of climate change will overrule all attempts by humans to reduce the frequency and intensity of wildfires. The tragedy of all this is an estimated 80-90% of all wildfires are triggered by humans, with the remaining 10-20% caused by lightning strikes and other spontaneous acts of nature.

It’s more important than ever to protect your property from wildfires by using products such as PHOS-CHEK Wildfire Home Defense. With the risk of wildfires increasing rapidly, how does climate change play a role?

The threat of wildfires

If you don’t think wildfires are all that damaging, consider the fact that since the year 2000, there have been at least 11 forest fires in this country which have caused upwards of $1 billion in damages. The final tally on these costs comes primarily from the total damage inflicted on residential homes and general infrastructure, as well as the high cost of fighting wildfires in general.

Here are some recent statistics:

In the year 2011, the Las Conchas Fire in New Mexico burned three times as much acreage as any other wildfire in the state’s history. However, it only held the title for a year before an even bigger fire erupted the next year, when the Whitewater-Baldy Complex Fire eclipsed that mark by burning double the acreage.

Overall in the year 2012, nine million acres were consumed by wildfires in the US, and Colorado experienced its two most destructive fires ever during that year. Then, in 2015, another 10 million acres were burned in the United States, five million of which occurred in the state of Alaska alone. That 10-million-acre figure was the largest on record since such statistics have been kept.

Also in 2015, approximately 2,500 structures were destroyed in California, primarily as a result of just two major wildfires. You will notice that all of these deadly statistics have occurred in very recent times, and such a fact is another indication that the number and intensity of wildfires has been on the rise. This is what leads scientists and other observers to believe that even more intense wildfires will be threatening the country in the near future.

There are several ways in which climate change is contributing to wildfires becoming more frequent and more ferocious. With temperatures around the globe leading to an increase in spring and summer heat, spring has come earlier than normal in many places. This results in an early melting of the snowpack, which leads to soil drying out sooner and remaining dry for longer stretches of the year.

With longer dry periods occurring in so many areas, forests have become much more susceptible to infestations of insects like the bark beetle, which thrive in warmer temperatures. Bark beetles have been particularly devastating in the forested lands of the United States and Canada, where they have killed off hundreds of millions of trees that have then become ripe for fueling a fire when it erupts.

Outbreaks of insects recently killed more than 300 million trees in the state of Texas alone in a single year. The same destruction has been occurring in California and several other states, where mountain pine beetle populations have exploded in areas where they were once much more manageable due to colder temperatures keeping them at bay.

The entire West Coast of the United States is prone to the effects of climate change in a particularly unique way: wet winters become fueled by atmospheric storms that have their origins in the eastern waters of the Pacific Ocean, and these are followed by hot and dry summers. This contrast has the effect of causing spring vegetation to dry out very quickly, allowing more of it to become kindling fuel for the wildfires that erupt in late summer and fall.

Scientists are projecting an increase of 25% to 100% in these extreme wet-to-dry precipitation events for the West Coast and that bodes ill for the development of wildfires. It should also be remembered that wildfires can themselves have an effect on climate change, since they give off tremendous amounts of carbon dioxide and other types of pollutants, which have an impact on local and global climates.

Fires also increase the risk of deadly mudslides in certain areas of the country, because shrubbery is consumed and leave nothing to hold the soil in place: consider the terrible mudslides that occurred in the Santa Barbara area in the early part of 2018, following the wildfires from the previous autumn.

What do the statistics say?

Although it remains a politically sensitive issue, especially in areas like Australia, there is little doubt that climate change is having a major impact on the development and the intensity of wildfires. An estimate announced by the National Academy of Sciences has asserted that the total area consumed by wildfires has doubled in the United States since 1984. Between the years 2000 and 2016, wildfires were responsible for burning more acreage than the entire state of Connecticut, including well over 10 million acres in the year 2015 alone – an area greater than the combined size of Delaware and Maryland.

Although the number of wildfires has remained relatively stable over the last 20 to 30 years, the acreage consumed by them has been increasing almost every year. This has been occurring despite the fact that firefighting techniques have simultaneously become more sophisticated and more effective, since the wildfires themselves have become more persistent and more deadly.

In some areas of the world, the link between climate change and wildfires is readily acknowledged. However, in places like Australia, the linkage has been downplayed due to the prevalence of the coal industry and the reliance on fossil fuels for profit. Before any real concerted effort can be made to reduce the human impact on climate change as a whole, there must first be recognition of the direct connection between the ever-worsening effect it is having on such devastating natural disasters as the wildfires that are claiming an increasing number of lives and livelihoods.

Even with such recognition, it will still be difficult to stem the rising danger, but anything that can be done should be undertaken as soon as possible to preserve the crucial forestland that spans the United States and around the globe.