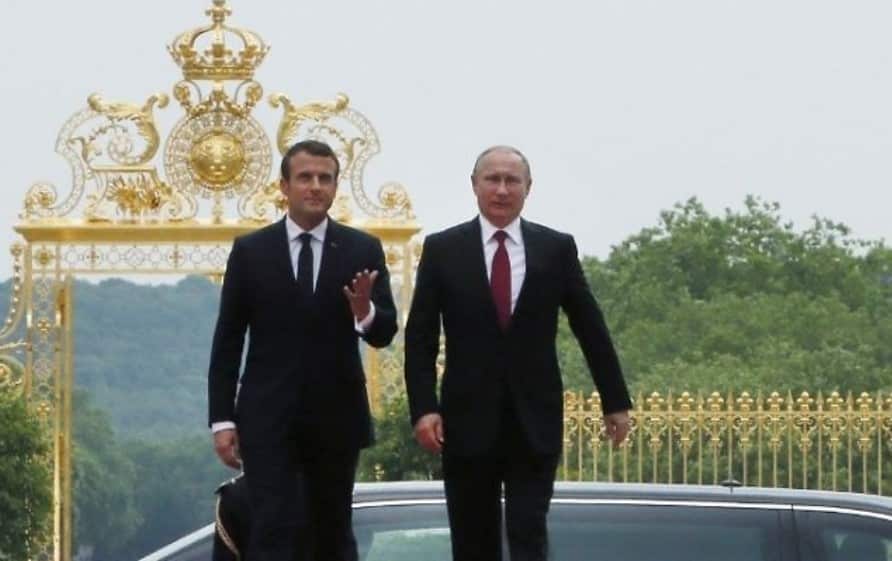 Tel Aviv: French President Emmanuel Macron (L) and his Russian counterpart Vladimir Putin arrive at the Palace of Versailles, near Paris, as they meet for talks on May 29, 2017. (AFP Photo/Pool/Francois Mori)

World powers on Friday criticized the US killing of a top Iranian military commander and called for restraint and calm in its wake.

The US strike in Baghdad that killed Qassem Soleimani, commander of the Iranian Revolutionary Guards’ Quds Force, had made the world “more dangerous,” France’s Europe minister said, calling for efforts to deescalate the deepening conflict in the Middle East.

“We have woken up to a more dangerous world,” Amelie de Montchalin told RTL radio, saying President Emmanuel Macron will consult soon with “players in the region.

“In such operations, when we can see an escalation is underway, what we want above all is stability and deescalation,” Montchalin says. “Our role is not to take sides, but to talk with everyone.”

Moscow warned that the killing of Soleimani would boost tensions across the Middle East, calling it “an adventurist step.” The foreign ministry said Soleimani “served the cause of protecting Iran’s national interests with devotion. We express our sincere condolences to the Iranian people.” 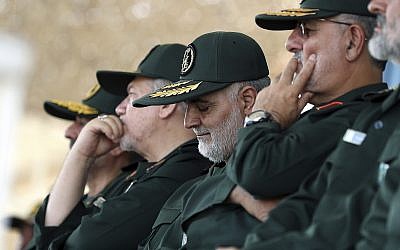 In this photo from June 30, 2018, Gen. Qassem Soleimani, center, who heads the IRGC’s Quds Force, attends a graduation ceremony of a group of the guard’s officers in Tehran, Iran. (Office of the Iranian Supreme Leader via AP)

China appealed for restraint from all sides, “especially the United States,” after the attack.

“China has always opposed the use of force in international relations,” Chinese Foreign Ministry spokesman Geng Shuang said at a daily press briefing. “We urge the relevant sides, especially the United States, to remain calm and exercise restraint to avoid further escalating tensions.”

He said Iraq’s sovereignty, independence and territorial integrity must be respected.

China and Russia, both permanent members of the UN Security Council, are key partners of Iran.

Britain did not criticize the action but joined the call for calm.

Foreign minister Dominic Raab said London had “always recognized the aggressive threat” posed by Soleimani and his Quds Force, adding: “Following his death, we urge all parties to deescalate. Further conflict is [in] none of our interests.”

Germany too urged restraint and deescalation. “We are at a dangerous point of escalation. It is now important through prudence and restraint to contribute to de-escalation,” said Chancellor Angela Merkel’s spokeswoman Ulrike Demmer. 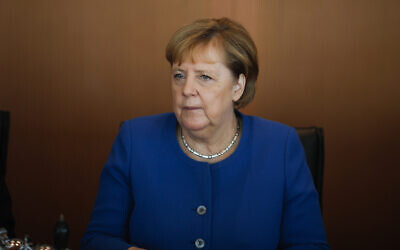 Meanwhile the NATO military alliance said it was monitoring the situation in Iraq closely with an eye to the safety of its training mission there.

“The safety of our personnel in Iraq is paramount. We continue to take all precautions necessary.”

Iraq’s deputy parliament speaker said an emergency parliament session was set for Saturday to discuss the US airstrike in Baghdad.

Hassan al-Kaabi said it is time to put an end to “US recklessness and arrogance,” adding that Saturday’s session will be dedicated to taking “decisive decisions that put an end to US presence inside Iraq.”

Iraq’s caretaker prime minister Adel Abdel Mahdi slammed the US strike as an “aggression” that would “spark a devastating war.

“The assassination of an Iraqi military commander in an official post is an aggression against the country of Iraq, its state, its government and its people,” Abdel Mahdi said in a statement. 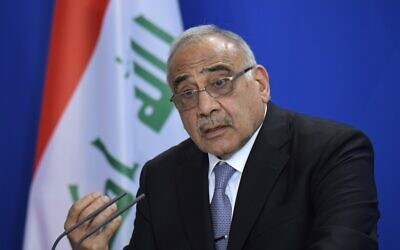 In this file photo taken on April 30, 2019, Iraqi Prime Minister Adel Abdel Mahdi speaks during a press conference at the German Chancellery in Berlin. (Tobias SCHWARZ/AFP)

Iran warned of “severe revenge” and said the US bore responsibility for the consequences after killing Soleimani.

The Islamic Revolutionary Guard Corps confirmed the commander of its Quds Force foreign operations arm had been killed.

“The Revolutionary Guards announces that the glorious commander of Islam, haj Qassem Soleimani, following a life of servitude, was martyred in an attack by America on Baghdad airport this morning,” said a Guards statement read out on state television.

The channel said the attack was carried out by US helicopters.

“Two vehicles were attacked with missiles by US forces” and all 10 passengers, including Soleimani, were “martyred,” Iran’s ambassador to Iraq, Iraj Masjedi, told state television.

Iran’s supreme leader Ayatollah Ali Khamenei warned of “severe revenge” for “the criminals who bloodied their foul hands with his blood”, and vowed that “God willing, his work and his path will not be stopped.” 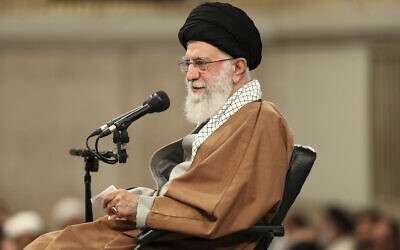 Supreme Leader Ayatollah Ali Khamenei speaks in a meeting with members of the Revolutionary Guard’s all-volunteer Basij force in Tehran, Iran, November 27, 2019 (Office of the Iranian Supreme Leader via AP)

The Pentagon said it carried out the strike at the direction of US President Donald Trump.

The attack came amid tensions with the United States after a New Year’s Eve attack by Iran-backed militias on the US embassy in Baghdad. The two-day embassy attack which ended Wednesday prompted Trump to order about 750 US soldiers deployed to the Middle East.