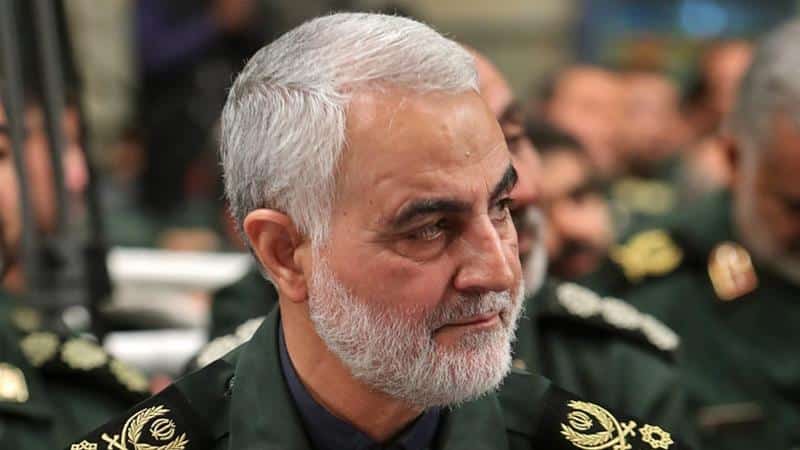 The President yesterday ordered the slaying of Iranian commander Major General Qassem Soleimani, the hero of over 80% Iranians. The President’s action signifies a colossal intensification of the disputes between Iran and the U.S. It threatens to immerse the Middle East into a devastating war damaging Americans, Iranians, and the Middle East citizens to an extent the world has not witnessed since perhaps WW II.

By all reasonable standards, the reckless action by the U.S. is the most hostile American act of savagery in the region since the start of the invasion in the Middle East. Major General Soleimani was the sword of Iran in fighting ISIS and other terrorist groups created by our government and our “allies” in the Middle East.

We, a group of 253 Iranian Americans and American scholars and opponents of weapons of destruction, write to express our protest in the strongest terms to your unconstitutional and despicable action.

The escalation of tension is due to your undoing of the Iran Nuclear Deal on May 8, 2018, the trademark foreign policy success of President Barack Obama.  The imposition of inhumane sanctions on 81 million citizens represents international carnage and gangsterism against a peaceful nation. In so doing, the President has pushed our country towards a war with Iran, has separated the U.S. from its Western partners, and seeded doubt in the perilous nuclear negotiations with North Korea.

Since 2001, amid extensive warnings of crisis, the U.S. raced in the obverse direction in seeking peace. By all reasonable norms, the U.S. has been the critical root of global turmoil. Last year, a study by Pew Research Center found that almost half the world citizens consider the U.S. “a major threat” to their nations, almost twice the hostile outlooks Pew found in 2013. The chief cause of instability has been the dictatorial actions of the U.S. government; expressly, regime change around the world in breach of state sovereignty.

The 1953 Iranian coup, organized by the U.S. and the United Kingdom, ousted the democratically elected Prime Minister Mohammad Mosaddegh. Since 1953, the U.S. foreign policy towards Iran has been pitiful, painful, disastrous, and shameful, especially after the 1979 revolution.

The President has no strategy, no reason, and no point in a war with Iran. Please stop endangering the lives, sweat, and labor of the U.S. and Iranians citizens on the behalves of Israel and stone-aged Arab terrorist regimes, expressly Saudi Arabia.

The noble 13th century Persian Sufi Poet Rumi: “I go to a synagogue, church, and mosque, and I see the same spirit and the same altar.”

Bio: Akbar Montaser is Professor Emeritus, The George Washington University (Washington, DC) where he taught and conducted research for 32 years (1981-2012). He also served as a Program Director at the National Science Foundation for nine years. He is an antiwar devotee of human rights, an advocate of nuclear disarmament, and a partisan in the elimination of weapons of mass destruction. Aside from his field of chemical instrumentation, he writes on political subjects pertinent to Iran, the Middle East, and the United States.