[ Editor’s Note:  Trump may have just sentenced a number of American military personnel to death. If he can order hits like this to “protect” US personnel, then others are given permission to kill US personnel using the same reasoning.

With the high technology that many countries have these days, even finding flag officers is not a huge hurdle to overcome, as long as they are not expected to be targeted for what them might do.

As for Iraq, by its continuing to host US bases, it has to wear the fools cap now for aiding and abetting in this attack by the weakest response we have seen in modern history, the whining about their sovereignty and then doing nothing to defend it.

One could make a good case that they have sold it, historically not an unheard of thing in the Middle east. I can just imagine all the assassination plans that are beginning to be made tonight.

Trump and the Pentagon might have unleashed a whirlwind. And maybe that was their goal, to unleash a lot of attacks on US forces to crank up a military expansion in the region.

As to why now, an operation that probably had months of planning, was it timed to kick off the new year with Trump’s impeachment trial looming, his signing the China trade deal, and his State of the Union address, all to jump start his reelection campaign? Would the Pentagon allow itself to be used like that, and by Trump no less?

It has been days now and we still do not have the name of the US defense contractor we were told was killed, no press hounds holding a candle light vigil at his home, high school year book photos, social media tributes by his colleagues, and only VT, as usual, noticing it.

Often in Intel analysis the missing pieces of the puzzle can lead to more important clues than what you can see in front of you… Jim W. Dean ] 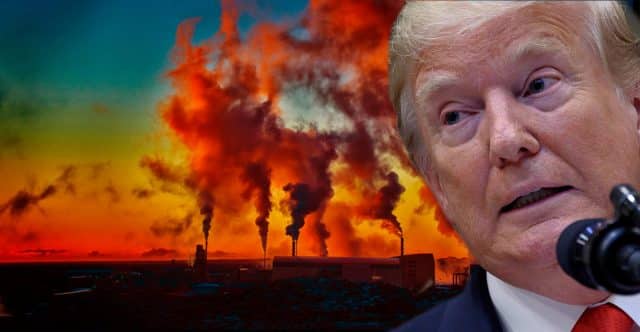 US President Donald Trump has authorized a US military strike near Baghdad’s airport which resulted in the death of Iran’s Quds Force commander Qasem Soleimani, the Pentagon confirmed in a statement on Thursday.

“At the direction of the President, the US military has taken decisive defensive action to protect US personnel abroad by killing Qasem Soleimani,” the Pentagon said in a statement.

“This strike was aimed at deterring future Iranian attack plans. The United States will continue to take all necessary action to protect our people and interests wherever they are around the world.”

The Pentagon said that the assassination was a response to “attacks on coalition bases in Iraq,” accusing Soleimani of being the mastermind behind a recent spate of missile attacks on joint US and Iraqi military installations.

In particular, the Pentagon blamed Soleimani for orchestrating the December 27 rocket strike at a US base in Kirkuk that killed one American contractor as well as “approving” the siege of the US embassy in Baghdad that almost ended up in the compound’s takeover by protesters furious over the US strikes that killed 25 members of Kataib Hezbollah, part of Iraq’s Popular Mobilization Units (PMU), over the weekend.

Washington has pinned the blame for the attacks on its embassy in Baghdad squarely on Tehran, with US Secretary of State Mike Pompeo accusing “terrorists” and “Iranian proxies” of instigating the unrest.

Tehran, meanwhile, has vehemently denied the accusations that it was somehow complicit in the storming of the US diplomatic quarters in the heavily-fortified Green Zone, taking aim at Washington’s “audacity” to blame it for the outrage sparked by American airstrikes.

The strikes, which the US military framed as a tit-for-tat response for the Kirkuk attack, drew ire not only from the Iran-backed Iraqi militias, but also from the authorities in Baghdad, which denounced the sorties as an “unacceptable vicious assault.”

The protests saw scores of Iraqi Shia militia members swarming the area in front of the embassy, chanting “Death to America” and settling the entrance checkpoints on fire.

Earlier, the news of Soleimani’s demise was confirmed by the Iran Revolutionary Guards Corps. The influential commander was killed when Iraq’s Popular Mobilisation Forces’ convoy traveling near the Baghdad airport was targeted in a US missile strike on Thursday.

At least seven people were killed in the raid, including the deputy chief of the Popular Mobilization Forces.