Make no mistake: Trump’s actions are an act of war.

Taken without any authorization or declaration of war from Congress, seriously escalating this tit for tat conflict, pushing us deeper into an endless quagmire and dangerously undermining our national security.

I invite you watch this video message about why Trump’s actions are so incredibly shortsighted, damaging and dangerous for our country and then stand with me in sending a message to Trump and his neocon advisers — no war with Iran, no more regime change wars, and no more delay in bringing our troops home. 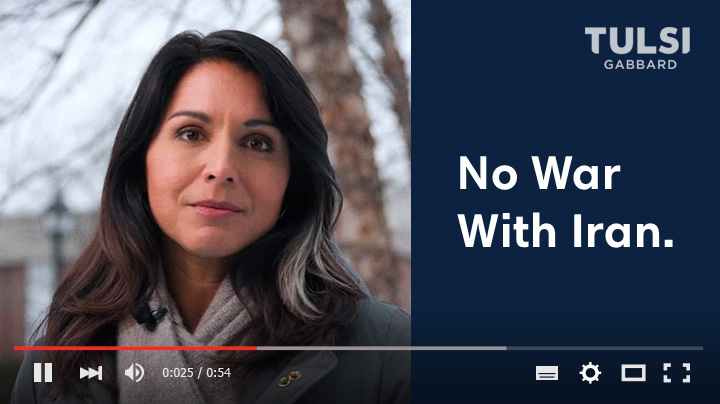 Millions of people voted for Trump because he promised the American people he would get us out of these stupid wars; that he would bring our troops home. But his actions don’t match his rhetoric. He has deployed 15,000 US troops to the Middle East, just in the last 8 months. We have more troops in the Middle East now than when he was elected.

This reckless stupidity will end with me as your Commander in Chief. We have no time to waste.

Are you with me?