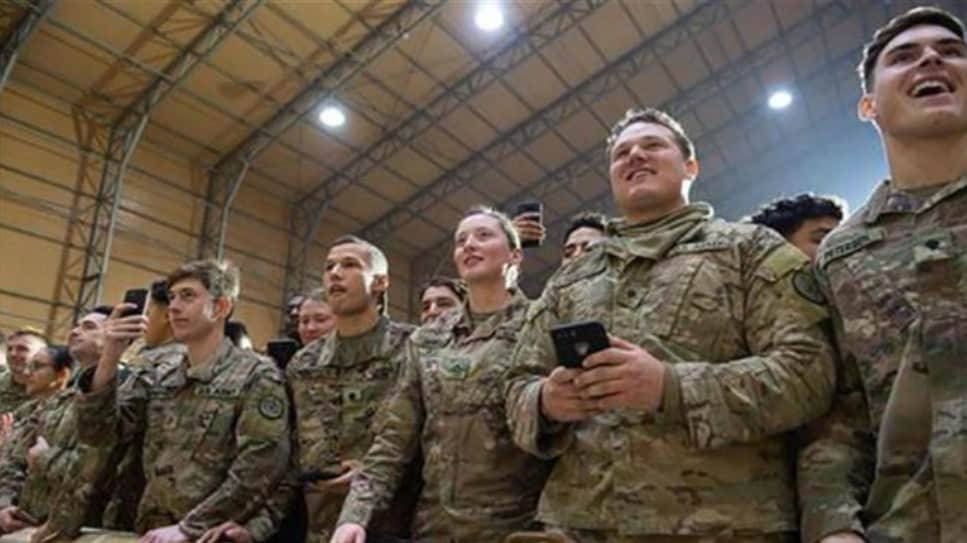 The United States has suspended the purported training of Iraqi forces in the Arab country amid fears of fresh violence following the assassination of a top Iranian military commander, a senior German officer says.

In a letter written to members of the Bundestag defense and foreign relations committees on Friday, German Lieutenant-General Erich Pfeffer said the US made the decision to further increase the level of protection for the forces deployed in Iraq under Operation Inherent Resolve (OIR).

“Thus, the training for the Iraqi security and armed forces throughout Iraq is temporarily suspended,” he said in the letter, adding that “the directive is binding for all partner nations involved in OIR at the training sites in Iraq.”

A US defense official also confirmed the decision on Saturday, saying the US-led foreign forces in Iraq had “limited” the purported training of Iraqi forces.

“Our first priority is protecting coalition personnel,” the unnamed official said. “It’s not a halt,” the source noted, adding that “we have increased security and defensive measures at Iraqi bases that host coalition troops.”

This is while the Pentagon has announced that the United States is sending at least 3,000 additional troops to the Middle East after assassinating Iranian Lieutenant General Qassem Soleimani.

Soleimani, the commander of the Quds Force of Iran’s Islamic Revolution Guards Corps (IRGC), and Abu Mahdi al-Muhandis, the second-in-command of Iraq’s Popular Mobilization Units (PMU), were killed in US airstrikes in the Iraqi capital Baghdad early on Friday. The US strike took place at the Baghdad International Airport, killing eight other people.

The Iranian general was a globally famous defense strategist who played a key role in the counter-terrorism operations that led to the collapse of the Daesh terror group in Iraq and Syria.

The US Embassy in the Iraqi capital of Baghdad has called on all American citizens to leave country immediately.

Late on Friday, Iraq’s National Security Council strongly lambasted the US assassination of the top Iranian general and held a meeting to discuss the conditions under which the US forces should be present in Iraq.

Prime Minister Abdul-Mahdi also called on the parliament to hold an emergency session in order to “organize and unify the Iraqi official position and take the necessary measures and decisions to preserve dignity, security, and sovereignty Iraq.”

Earlier in the day, Iraq’s Parliament Speaker Mohammed al-Halbousi had denounced the US strike as a “flagrant breach of sovereignty and violation of international agreements.

The US invaded Iraq in 2003 under the pretext of “war on terror”, plunging the country into a cycle of violence that continues to this day.

In 2014, Iraq was invaded by Daesh as the US and its allies looked on, putting the Arab country on the brink of being overtaken by Takfiri terrorists.

Those volunteers now constitute the backbone of popular forces such as the Popular Mobilization Units (PMU), commonly known by the Arabic name Hashd al-Sha’abi, which have formally been integrated into Iraq’s regular armed forces.

Hashd al-Sha’abi played a major role in the fight against Daesh.

The attacks once again proved America’s false claims in fighting the Takfiri group of Daesh.

Iraqi President Barham Salih decried the US airstrikes as unacceptable which contradicted security agreements signed between Baghdad and Washington.

Following the attacks, thousands of angry Iraqi demonstrators gathered outside the gates of the United States’ Embassy to condemn Washington’s fatal military aggression.

The protesters further held up signs calling for the US mission to be shut down and for the parliament to order US forces to leave Iraq.

US forces have overstayed their welcome in Iraq and many political groups and religious authorities are now calling for their removal as their presence is only worsening the security and stability.