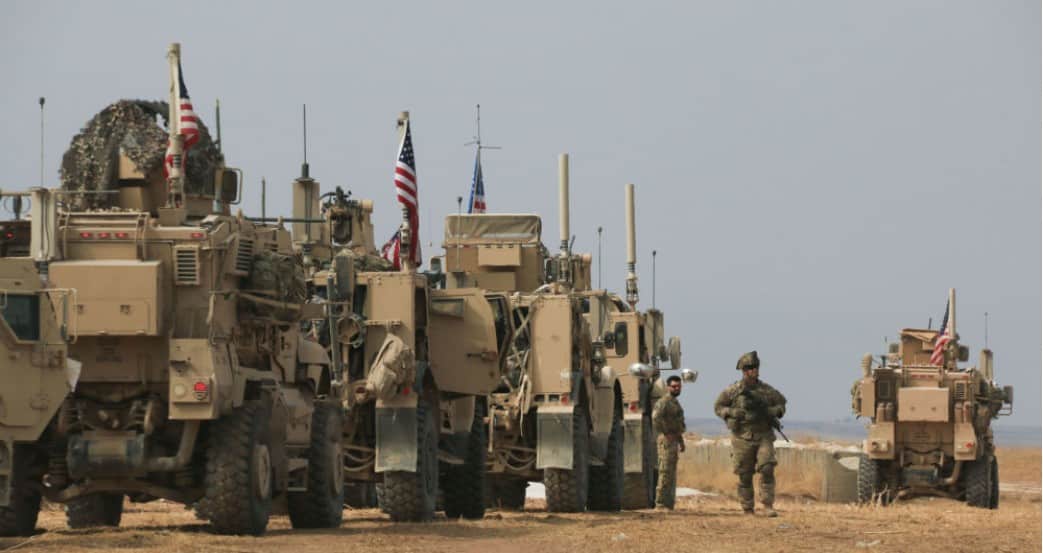 In a Monday letter to Iraqi military leaders, the US-led coalition in Iraq announced it was preparing to “move out” of the country out of respect for Iraqi sovereignty. 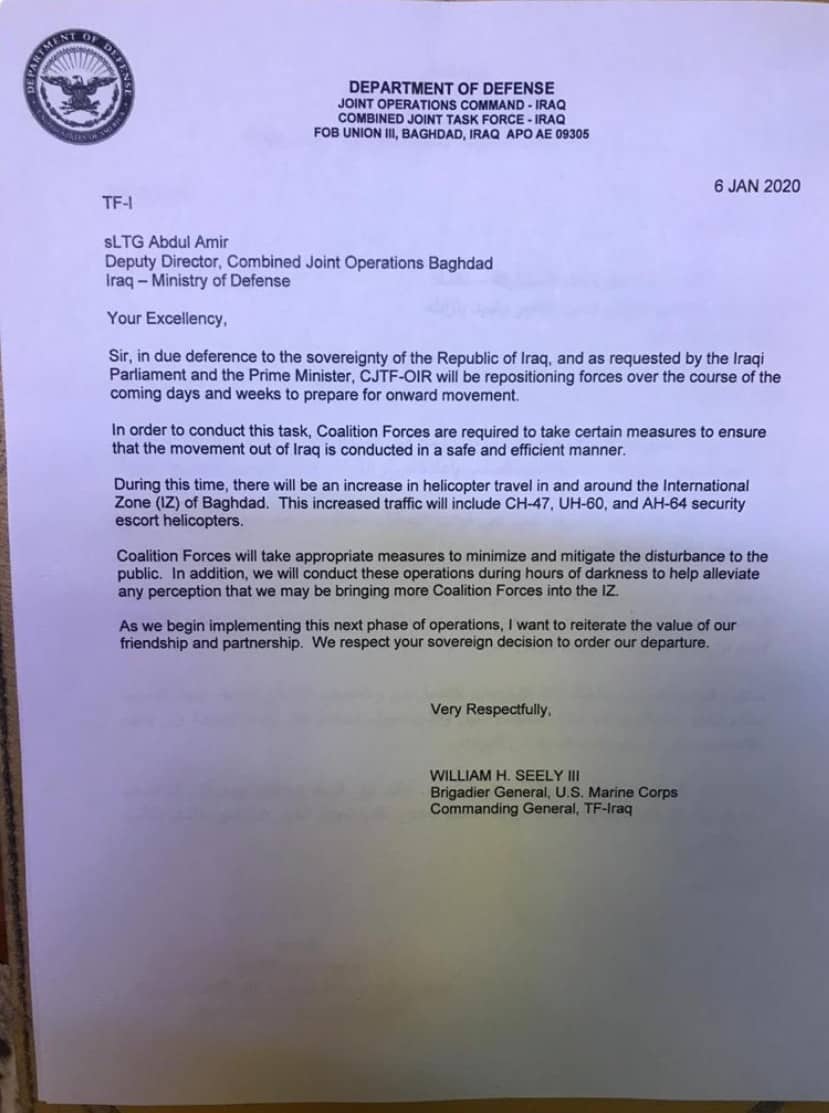 Following approval of a non-binding resolution by Iraq’s parliament calling for US forces to leave the country, US military commanders announced they were drawing up preparatory plans for their departure. A Pentagon spokesperson could not immediately confirm the authenticity of the letter to Reuters.

“We respect your sovereign decision to order our departure,” the letter says, according to Reuters. US forces will re-position themselves over the coming days and weeks in preparation for the move, the letter states.

“In due deference to the sovereignty of the Republic of Iraq, and as requested by the Iraqi Parliament and the Prime Minister, CJTF-OIR [Combined Joint Task Force – Operation Inherent Resolve] will be repositioning forces over the course of the coming days and weeks to prepare for onward movement,” states the letter, addressed to Iraqi Lt. Gen. Abdul Amir and signed by US Marine Corps Brig. Gen. William H. Seely III.

​The lawmakers’ request comes on the heels of a January 3 drone strike at Baghdad International Airport in which US forces killed Iranian Quds Force commander Qassem Soleimani as well as the leader of Iraq’s Popular Mobilization Forces, Abu Mahdi al-Muhandis. The two commanders helped lead the fight against Daesh in the 2014-17 Iraqi Civil War that saw the terrorist group expelled from the country. At its height, Daesh controlled significant amounts of northern Iraq, including its third-largest city of Mosul, and was advancing on Baghdad.

“In order to conduct this task, coalition forces are required to take certain measures to ensure that the movement out of Iraq is conducted in a safe and efficient manner,” the letter continues. “During this time, there will be an increase in helicopter travel in and around the International Zone (IZ) of Baghdad. This increased traffic will include CH-47, UH-60 and AH-64 security escort helicopters. Coalition forces will take appropriate measures to minimize and mitigate the disturbance to the public. In addition, we will conduct these operations during house of darkness to help alleviate any perception that we may be bringing more Coalition forces into the IZ.”

“As we begin implementing this next phase of operations, I want to reiterate the value of our friendship and partnership. We respect your sovereign decision to order our departure.”

The news comes after US President Donald Trump and Secretary of State Mike Pompeo snubbed the idea of leaving Iraq, where US forces have been stationed since the March 2003 invasion that overthrew Iraqi President Saddam Hussein.

“We have a very extraordinarily expensive airbase that’s there. It cost billions of dollars to build. Long before my time We’re not leaving unless they pay us back for it,” Trump said on Sunday. “We will charge them sanctions like they’ve never seen before ever. It’ll make Iranian sanctions look somewhat tame.”

​“The prime minister is the acting prime minister,” Pompeo said on Fox News on Sunday, speaking of Iraqi Prime Minister Adil Abdul-Mahdi. “He’s under enormous threats from the very Iranian leadership that it is that we are pushing back against. We are confident that the Iraqi people want the United States to continue to be there.”