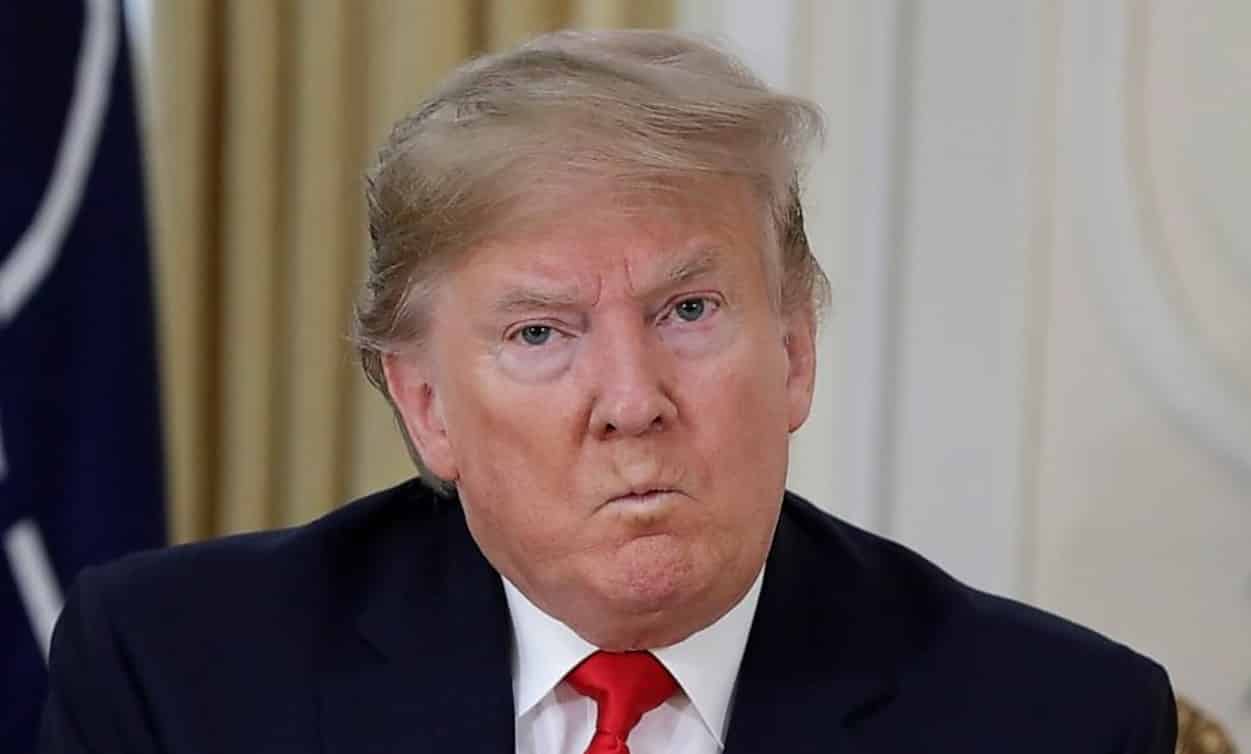 Foreignpolicy.com
https://foreignpolicy.com/2020/01/06/the-middle-east-is-more-stable-when-the-united-states-stays-away/
It has been a mantra of U.S. foreign policy for a decade or more that, without the United States, the Middle East would descend into chaos. Or even worse, Iran would resurrect the Persian Empire and swallow the region whole.

Yet when U.S. President Donald Trump opted not to go to war with Iran after a series of Iranian-attributed attacks on Saudi Arabia last year and declared his intentions to pull troops out of the region, it wasn’t chaos or conquest that ensued. Rather, nascent regional diplomacy—particularly among Iran, Saudi Arabia, and the United Arab Emirates—and de-escalation followed. To be sure, the cards were reshuffled again in January, when Trump ordered the assassination of Qassem Suleimani, one of Iran’s most important military figures. Courtesy of Trump, the region is once more moving toward conflict, and the early signs of diplomatic progress achieved during the preceding months have vanished.

It is thus time for Washington to answer a crucial question that it has long evaded: Has America’s military dominance in the Middle East prevented regional actors from peacefully resolving conflicts on their own? And in that way, has it been an impediment to stability rather than the guarantor of it?

Following the Soviet invasion of Afghanistan in 1979, U.S. President Jimmy Carter proclaimed a new doctrine: “An attempt by any outside force to gain control of the Persian Gulf region,” he stated, “will be regarded as an assault on the vital interests of the United States of America, and such an assault will be repelled by any means necessary, including military force.” In the context of the Cold War, preventing the Soviets—the main outside force Carter was worried about—from gaining control over the energy-rich region had a strategic logic.

But over time, that logic shifted. In the 1980s, U.S. President Ronald Reagan expanded the doctrine to include threats to the flow of oil originating from inside the region, too. As the geopolitical context changed still further, subsequent presidents found even more ways to justify America’s growing military presence in the Middle East. What started as a policy to prevent others from establishing hegemony over the oil-rich waters of the Persian Gulf morphed into a policy of asserting American hegemony in the region in order to “save” it.

As long as U.S. allies lack the capability or competence to secure the region, the thinking went, Washington would have no choice but to shoulder this responsibility. U.S. President George W. Bush was explicit about that; without an increase in U.S. troop levels in Iraq, he claimed, there would be chaos in the region. He missed the irony, of course, that his invasion of Iraq was the single most destabilizing event in the Middle East of the past decades.

As the scholars Hal Brands, Steven Cook, and Kenneth Pollack wrote endorsing the Carter Doctrine and its continuation, “the United States established and upheld the basic rules of conduct in the region: the United States would meet efforts to interfere with the free flow of oil by force; uphold freedom of navigation; demand that regional powers give up their irredentist claims on other states or face grave consequences; and prevent the proliferation of weapons of mass destruction.”

This account is accurate enough (although the last rule on the list always exempted Israel), but the story glosses over how the policy also gave cover to U.S. allies for some fairly destabilizing behaviors of their own. That’s an omission Brands makes in a Bloomberg article, too, where he points to Saudi Arabia’s slaughter of the Washington Post columnist Jamal Khashoggi to argue that a “post-American Middle East will not be stable and peaceful. It will be even nastier and more turbulent than it is today.” And in the words of U.S. Sen. Lindsey Graham in 2018, “If it weren’t for the United States, they’d be speaking Farsi in about a week in Saudi Arabia.”

All this without a nod to the fact that, if anything, the United States’ protection of the Saudi regime has enabled its promotion of terrorism and its destabilizing activities in the region, which have, in turn, prompted further Iranian response.

Assertions about the United States’ pivotal role in the Middle East, no matter how often repeated, have not been proved true. Iran, ravaged by sanctions, corruption, and economic mismanagement, is nowhere near establishing hegemony in the region. Saudi Arabia spends more than five times as much on its military than does Iran; the entire Gulf Cooperation Council (GCC)—Saudi Arabia, Kuwait, Qatar, Bahrain, Oman, and the UAE—outspends Iran by a factor of eight. Meanwhile, whereas Iran has no nuclear weapons yet undergoes more inspections than any other country, Israel has a nuclear weapons program with no international transparency whatsoever. Iran may have been adept at taking advantage of U.S. overextension and missteps in the last few decades, but establishing hegemony is a different matter altogether.

Further, the region did not fall into deeper chaos as a result of Trump’s earlier refusal to get into a shooting war with Iran after attacks by Iranian proxies against Saudi oil installations in September 2019. Critics lamented the president’s decision as an abandonment of the Carter Doctrine, calling it a disaster for the GCC and warning that it may even prompt Saudi Arabia to seek nuclear weapons.

Instead, recognizing that the U.S. military was no longer at their disposal, Saudi Arabia and the UAE began exercising the diplomatic options that had always been available to them. For its part, Saudi Arabia stepped up direct talks with Houthi rebels in Yemen as a way to ease tensions with their backer, Iran. The level of violence on both sides declined as a result, and more than 100 prisoners of war were released. In November, the United Nations’ Yemen envoy, Martin Griffiths, reported an 80 percent reduction in Saudi-led airstrikes, and there were no Yemeni deaths in the previous two weeks.

Riyadh also opted to reduce tensions with Qatar, a former ally that had become a nemesis. The Saudi government seemingly ordered its notorious Twitter army to tone down the insults against Qatar and its emir, Tamim bin Hamad Al Thani, and some sporting events between the two countries resumed, according to the New York Times.

Saudi officials also claimed that they had quietly reached out to Iran via intermediaries seeking ways to ease tensions. Tehran, in turn, welcomed the prospective Saudi-Qatari thaw and, according to the New York Times, floated a peace plan based on a mutual Iranian-Saudi pledge of nonaggression.

An even stronger change of heart occurred in Abu Dhabi. In July, the UAE started withdrawing troops from Yemen. The same month, it participated in direct talks with Tehran to discuss maritime security. It even released $700 million in funds to Iran in contradiction to the Trump administration’s maximum pressure strategy.

Some of these measures may have been more tactical than strategic. Saudi Arabia may have reduced tensions with Qatar and the Houthis in order to better situate itself for a confrontation with Tehran down the road or to offset international condemnation of its killing of Khashoggi, human rights abuses at home, and brutal tactics in Yemen. The UAE, too, may have felt that a tactical reduction of tensions was warranted.

Nevertheless, as the United States appeared poised to back out of the region, its erstwhile allies’ calculations tilted toward diplomacy. The Saudis and Emiratis simply had no choice but to cease some of their recklessness because they could no longer operate under the protection of the United States. If stability in the Middle East is the United States’ main goal, Washington should have celebrated rather than bemoaned these developments.

In the wake of the U.S. assassination of Suleimani—which some former U.S. officials have called an act of war—the calculations may change once more. According to Iraqi Prime Minister Adil Abdul-Mahdi, Suleimani was in Iraq to bring him Tehran’s response to a message from Riyadh on how to defuse regional tensions, presumably as part of the House of Saud’s renewed interest in diplomacy. The Iraqis, according to him, were mediating between the two rivals, an initiative that has now been thrown into question.

Iran may very well conclude, rightly or wrongly, that Saudi Arabia and the UAE conspired with Washington to assassinate Suleimani and as a result not only end the recent diplomacy but also target Riyadh and Abu Dhabi as part of the revenge for Suleimani’s death. This is yet one more instance, it seems, in which U.S. activities in the region have brought more turmoil than stability.

To be sure, there is no guarantee that recent diplomatic efforts would have been successful. A more responsible Riyadh might not have begotten a more responsible Tehran. But it is noteworthy that diplomacy did not even begin in earnest until Washington clearly demonstrated its unwillingness to entangle itself in a war between Saudi Arabia and Iran. And by returning to the region in a show of military force, Trump may once again disincentivize the United States’ allies from taking diplomacy seriously. They may even interpret Suleimani’s killing as a license to resume their recklessness—activities like Saudi Crown Prince Mohammed bin Salman’s purported kidnapping of the Lebanese prime minister and ordering of the dismemberment of Khashoggi; Saudi Arabia and the UAE’s imposition of a blockade on Qatar; and the two countries’ further destabilization of Libya, Syria, Lebanon, Sudan, and Yemen.

As in the past, in other words, it seems as if the Middle East’s descent into chaos is more likely with the United States than without it.

Trita Parsi is the Executive Vice President of the Quincy Institute and author of Losing an Enemy – Obama, Iran and the Triumph of Diplomacy.