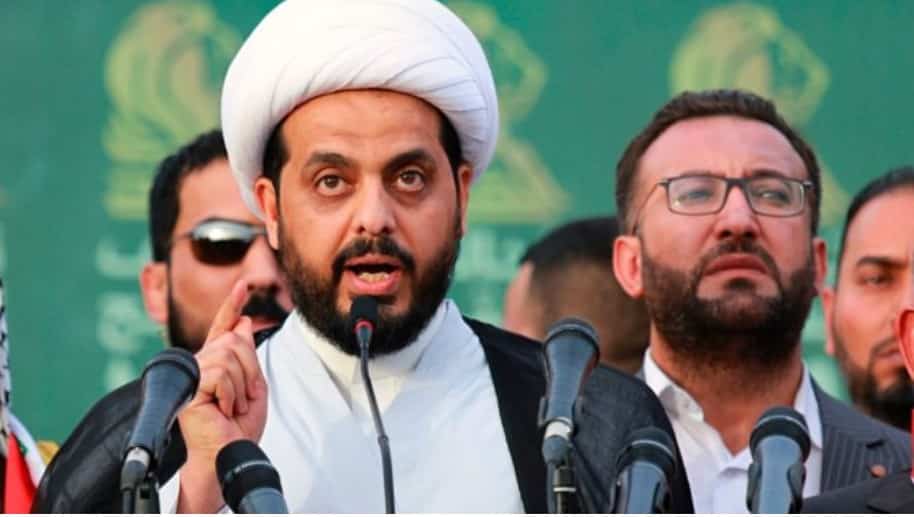 – The US forces must leave (Iraq) immediately, and if they begin to stall, we will consider them as occupation forces and act towards them based on this

But I have at least 100 serious questions to both sides of the “game”,
which will never ever be answered or even be discussed.
Iran and Russia and China are part of a greater game, which we are not
supposed to see. I’m not willing to take sides for any of these big
players, I will watch carefully – hoping that at least sometimes
the curtain of lies is unvoluntarily lifted for some spurious seconds.
Then it will fall back, leaving us all without any clue about what is
really going on.
Having constantly done my own private research as good as I could and
thereby being forced to listen to the stupiest lies from both sides one
can even imagine, I’m coming to the conclusion now that
1. the artificially created duality is the central part of this game,
constantly driving the people mad and pushing them apart from each
other, neglecting all common interests and expieriences they shared over
the past times of their lifes.
2. Neither A nor B is the solution to many artificially created
problems, they are simply made up to hide from us the possible solution
outside the accepted political bandwidth which is allowed. Here we have
to real political target of all the repression, which is growing in all
western countries now – we are not allowed to go beyond “their” allowed
alternatives. My personal view on a number of grave problems clearly
lies outside this “allowed” bandwidth. No one – even in my own family
and among my friends – will even “try” to discuss this. Game over!
3. Being informed today, having information from both conventional
sides, which are nothing more then political scapegoats for the dumb
masses to shout at on all channels allowed or not allowed (see
Telegram), is a really bad thing. The feminists already targeted
rational thinking from the ground up, that is virulent on your and our
Universities. Game over again!
4. The very deep historical affinity of esotherical players with the
intelligence, aimed at subversion and misdirection, adds to all this.
Here, I mostly laugh about all the fools, but this laugh has a bitter
and sad taste. The destruction of the Christian church is well on the
way – for me, there is no Evangelical church anymore. Here in Germany,
they are now simply a branch of the Socialdemocrats. The name of the
chief misleader in Germany alone gives anyone with two functioning eyes
and a functioning brain the biggest hint. If I hear pastor in
conjunction with political activity, I stay awy from it for good
reasons. Game over, again!
5. The biggest part in daily politics is the massive “brick” of
propaganda, raining down into the brains of the people – mostly by
watching TV. TV puts your brain activity into Beta-state after only 15
seconds. This is the most succepteable state, in which you can tell the
biggest lies without any reaction from the person, affected by this
attack. I can normally only speculate about what is going on in the
brain of an average person today, if any activity at all.
6. No problems are solved any longer, not even the small ones. Politics
today is a synonym of total disfuntionality, no political place I know
of, is lead by a person of any ability, credentials or whatso’ever.
They are total morons, the Bundestag in Germany is filled with puppets,
beeing totally in the hand of the party – why? It’s absolutely simple,
the have not earned a direct voters mandate but one on the parties list
(all of them work this way). If the go outside the political boundary
in the slightest way, they have lost their comfortable place in the
Bundestag forever. Game over – again!
Each country has it’s specific way of disciplination of the acting
politicians. In the end, all special rules in the US, France, England
Italy, Germany, Sweden, Holland, … work towards a common goal. We as
the people have no say anymore in this game, democracy gets a more and
more derogatory word for many people, they come to the conclusion that
oligarchies can be wonderfully camouflaged by this “holy” word. I
can’t say, which political repercussions this alone will have in the
future, but I can say what my stomach already tells me now.
This sheikh Khazali is one of the trumpeters for war. It doesn’t help
Irak, it doesn’t help Iran, it doesn’t help the Arab or Persian people
as a whole, but it will be good for their “Oligarchs”, tightly
connected to the absolutely corrupt religious leaders, there is no
exception from this thumb rule in all Muslim countries. I’ve also read
Nasrallah’s text 2 hours ago, absolutely disgusting for me, not the
slightest better than from the opposite side. I don’t want to hear any
of this any more – religious and “righteous” wars – what a joke. The
political right condemns it (but I am not right), the political left
has new heroes now (but I am not left any more either). And a new old
game begins to unfold, everything in it’s right place.

Sheikh Khazali: US forces must leave Iraq immediately, or we will expel them