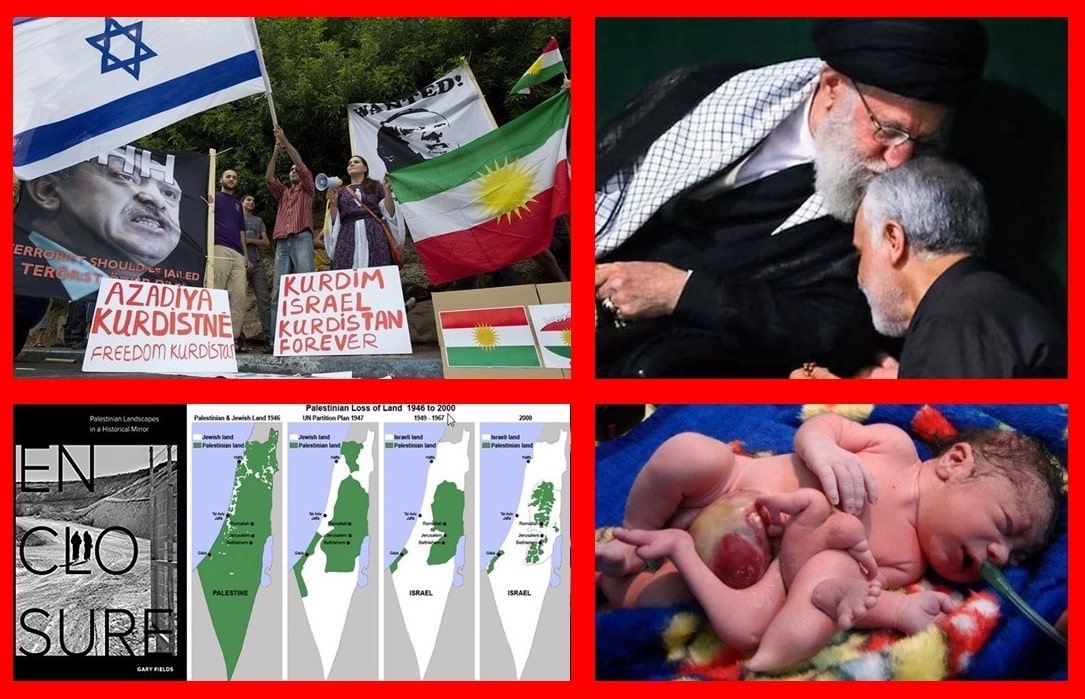 WORLD WAR III? President Donald Trump Was Lied To, Will This Martyrdom Lead to a Restored Palestine?

President Donald Trump now understands that he was lied to by his Director of the Central Intelligence Agency Gina Haspel (a creature of the Deep State), by his Secretary of State Mike Pompeo (a Christian Zionist), and by his Secretary of Defense Mark Esper (West Point Class of 1986, nakedly amoral and never held accountable for failures). He is furious. This is Zionist “strike three” during his Presidency, the first two being 9/11 (on 16 February 2016 he promised full disclosure if elected), and the Mossad-Epstein pedophilia entrapment network.

The President, who recovers quickly when confronted by traitors and catastrophic events, is known to be considering the firing of all three of the individuals who betrayed him by presenting fabricated signals intelligence from the Zionists alleging that General Qassem Soleimani was planning to start WWIII. It appears that the Director of the National Security Agency, which is heavily penetrated by the Zionists, failed to sound the alarm on this fabricated “intelligence,” a practice for which the Zionists are famous (they framed Gadhafi with “talking rocks” simulating support to terrorism much as the USA simulated Patton’s fictitious 3rd Army in WWII). It appears that no one informed the President that General Soleimani was in Iraq as a guest of Iraqi government to attend a funeral, and no one pointed out that the crowds dispersed as soon as he arrived in Baghdad with orders from the Supreme Leader to ensure there was no semblance of a Tehran-style embassy take-over as occurred under President Jimmy Carter.

The dispersal of the campers may not have been brought to President Trump’s attention.

He was set up. Now it appears that the three leaders who set him up are using the New York Times to place the blame for this terrible decision on the President. In an article “As Tensions With Iran Escalated, Trump Opted for Most Extreme Measure” is the sentence “By late Thursday, the president had gone for the extreme option. Top Pentagon officials were stunned.” This is clearly an orchestrated endeavor to destroy President Donald Trump.

Now for the good news:

It is clear to me that the President is furious, and that this absolutely despicable assassination of a leader equal to a Secretary of Defense, in a third country, is an opening for completely altering the dialog between our President and the Supreme Leader.

I have, in a direct communication to the President, shared with Lou Dobbs and Tucker Carlson as well as others (and published at my master post on this matter, Robert Steele: WORLD WAR III? UPDATE 5: Esper Turns on President, Blames President in NYT CYA Article) advised the President as follows:

01 Fire (or allow to resign) Esper, Pompeo, and Haspel, immediately.

02 Talk to Barham Salih and Hassan Rouhani directly to discuss the Zionist provocation, his error, and confirm that the general was in fact, by order of the Supreme Leader, responsible for dispersing the crowds at the US Embassy in Baghdad.

03 Inform both of them that any Iraqi order for the departure of US troops from Iraq will be immediately respected, at the same time that US troops are withdrawn from Syria and Afghanistan.

04 Inquire of Hasan Rouhani formally as to what form of “blood money,” to include the sharp reduction of sanctions, might preserve the peace with Iran – as both China and Russia have urged – while our President cleans house at home. He now understands, I believe, that the Zionist parasite must be expunged before re-election – this threat to both Iran and the USA cannot be ignored any longer. I emphasize my view that Zionism is a threat to all of us.

Not discussed, but clear to me, is the inevitability of our President, in his second term, “making the deal” to restore Palestine to the Palestinians. God works in mysterious ways. It may be that the martyrdom of General Qassem Soleimani was the event needed to shock America into breaking with the Zionists and recognizing that peace in the Middle East demands, as the Supreme Leader has stated to clearly, the end of the state of Israel to which I would add: the invented, apartheid, genocidal, Russian criminal state of Israel. As the Supreme Leader has made clear, Jews would continue to live in peace and prosperity within a restored Palestine just as they live in peace and prosperity within Iran. It is the Zionist state that must be eradicated.

Escalation of this matter serves the Zionists – no one else. Given our President’s “capture” and our President’s vulnerability to liars – to enemies of America within the White House – to traitors – I humbly and respectfully recommend prudence on the part of Iran, and decisive action on the part of Iraq. Expel all foreigners. Work with Iran and Russia to hunt down and kill any Israeli forces that remain behind particularly in the Kurdish area. Turkey should do the same, as it is known that the Israelis are arming the Kurds against all countries where they are present in large numbers. Put the Israeli heads on stakes in the public square of Baghdad. This assassination may have been carried out by the USA, but only in our capacity as “useful idiots” in service to the Zionists and only because our President was lied to by his senior officers.

Let this be my contribution to peace this day.  I will continue to work toward #UNRIG and the creation of an Open Source Agency that provides the truth about everything to the public, while making possible a Trump Studio, a new social ecology that cannot be censored and manipulated by the Zionists, and in passing documenting the need to close all US bases overseas, and invest in Open Source Everything Engineering (OSEE), the only reasonable counterpoint to the Chinese strategy of One Belt One Road.

May God Bless each of us and may God have mercy on the souls of those who do great evil without understanding just how evil they have become.