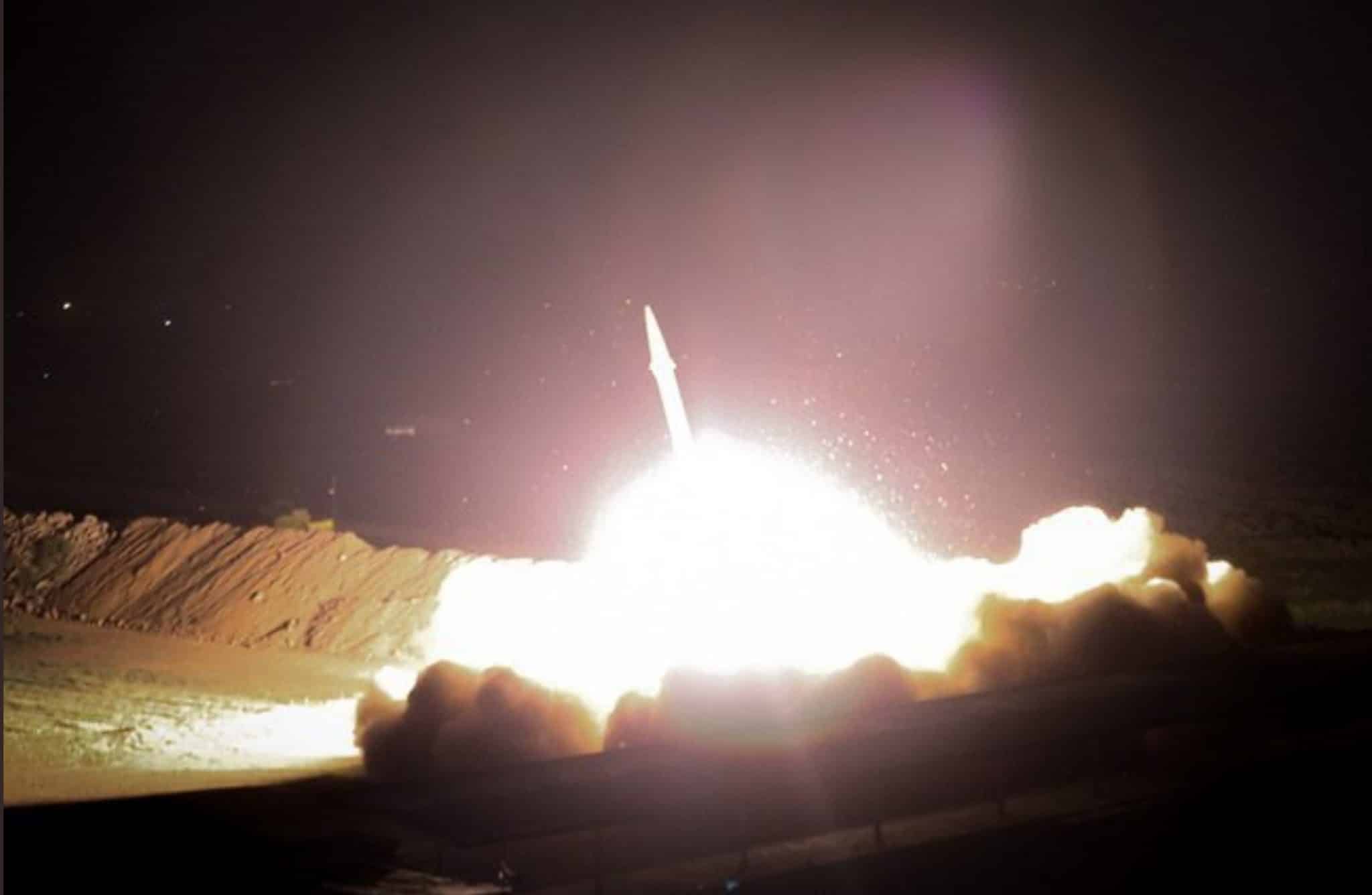 Veterans Today hopes no Americans are hurt in this extremely justified retaliatory attack against the cowardly actions of the American military stationed at this base.

Let us know what you think, if Iran is justified in the attack on US forces or not…

The IRGC also warned all US allies in the region that they will be targeted if any aggressive action is undertaken from their territory, putting Kuwait, Bahrain, Saudi Arabia, Jordan and Israel on notice.

30 Iranian guided missiles have so far hit al Asad Air Base in Iraq, home of the United States Air Force and largest base in Iraq.  The US deployed multiple batteries of Patriot Missiles to the base in May in case of such an attack.

As of 6:20PM EST, the US acknowledged that 6 Iranian missiles have hit the base and none, thus far, have been successfully intercepted.  More to come…

Under missile attack from Iran. These are either cruise missiles or short range ballistic missiles. All over the country,” said a senior US military source stationed in Iraq, reported Fox News’ Jennifer Griffin.

Multiple missiles have been launched at Iraq from Iran targeting American military facilities, according to a U.S. official.

“This morning, courageous fighters of the IRGC’s Air Force launched a successful operation called Operation Martyr Soleimani, with the code ‘Oh Zahra’ by firing tens of ground-to-ground missiles at the base of the terrorist and invasive U.S. forces,” the country’s state-run news outlet ISNA reported.

A U.S. official confirms to ABC News that ballistic missiles have been fired from inside Iran at multiple U.S. military facilities inside Iraq on Wednesday morning, local time. The facilities include Erbil in northern Iraq and Al Asad Air Base in western Iraq, the official said.

“We are aware of the reports of attacks on US facilities in Iraq,” according to a statement from White House press secretary Stephanie Grisham. “The President has been briefed and is monitoring the situation closely and consulting with his national security team.”

The attack comes days after the U.S. killed Iranian Gen. Qassem Soleimani in a drone attack in Iraq.