Home World NEO: Iran’s Hero Has Fallen and Now Our World is an even... 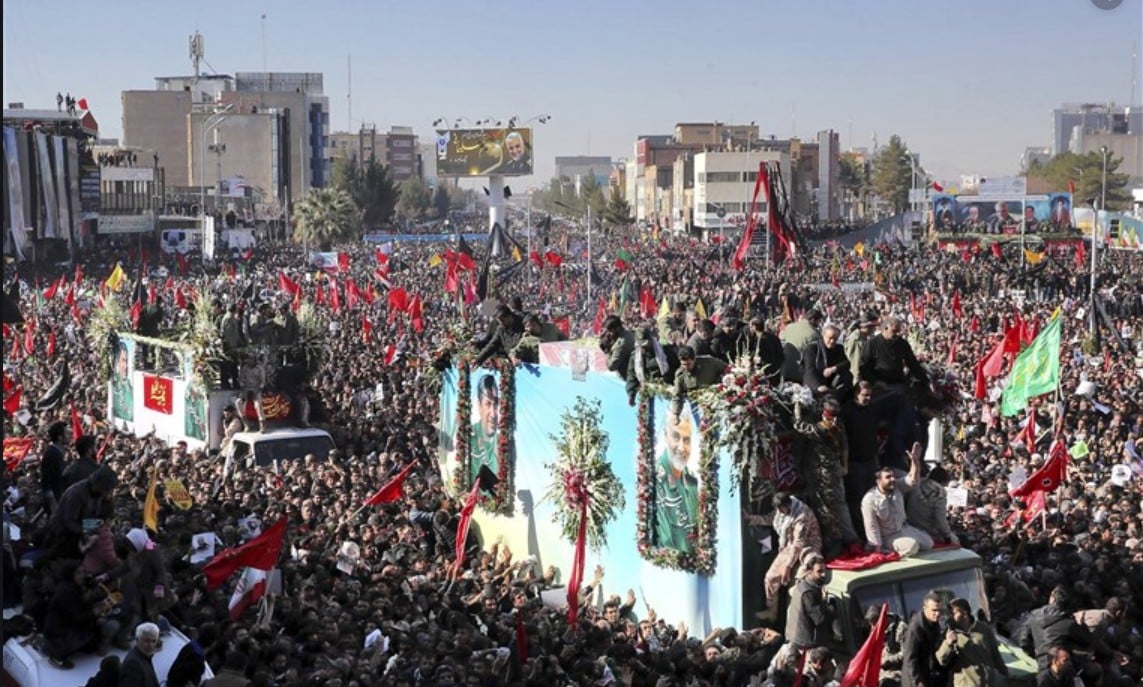 They say he came from a humble background, and worked himself up the ranks, becoming, as many believe, the second most powerful man in Iran. They say he had the chance to become the next Supreme Leader of the country.

Whenever I visit Iran, I am told how much he is loved by his people. He became the symbol of resistance against the West; the symbol of the strength and dignity of the nation which was attacked, colonized and starved by several Western capitals.

And now, Iran’s Quds Force commander Qasem Soleimani is no more. And the U.S. Commander-in-Chief, Donald Trump, is proudly claiming responsibility for his demise.

The statement from the Pentagon came promptly, and it was clear:

“At the direction of the president, the US military has taken decisive defensive action to protect US personnel abroad by killing Qasem Soleimani… This strike was aimed at deterring future Iranian attack plans. The United States will continue to take all necessary action to protect our people and interests wherever they are around the world.”

Almost immediately, RT and others asked me to analyze.

I could not help but define what was done at the airport outside Baghdad, Iraq, as a vulgar and brutal extra-judicial killing.

For the last two months, I have been flying all over the world, writing about (and filming) all those horrors that the Empire unleashed against the people with different cultures, living in various parts of the world.

It appears that all boundaries have been crossed. Washington and its NATO allies have lost all restraint, shame, and decency. They actually never had much of those, but now they have almost none.

Everything appears to be primitive, as in a badly directed mafia film. If the rulers of the West do not like some country? In that case, they simply attack it, starve and destroy it. As brutal as that. No U.N. Security Council mediations, no arguments, and no pretending that there should be some legal process.

It has been happening to Hong Kong, To Bolivia, Venezuela and West Papua. It has also been happening to Iran, as well as China and Russia, although those countries have proven to be much tougher to eliminate than Washington’s planners originally thought.

The same applies to individuals: people get murdered without a second thought, some quickly, some very slowly and painfully. Julian Assange is one of them, being slowly tortured to death, in front of the entire world, despite legal and medical experts protesting and demanding his release.

The killing of Qasem Soleimani and others in Baghdad was quick and totally unexpected.

The facial expressions of U.S. officials were absolutely shocking: as if mafia bosses were caught in a corner of some filthy den by a bunch of amateur journalists. Unapologetically, they grinned at the lenses, suggesting: “So what? What are you going to do now? Challenge us? Us? We’ll break your legs or something…”

And nobody, absolutely nobody really dares to challenge them! Not yet. Not at this moment.

It is one tested, bulletproof game. You destroy an entire country, or you kill a person, and then you show your piece; your well-maintained revolver, or two. You expose your guns and an ugly row of teeth. You say, or you suggest without pronouncing it: “You have a wife, and two daughters back home, don’t you? You don’t want anything to happen to them, right?”

It is on that level, now. It is not any better than that, don’t you see?

If you defend yourself – you die; your family dies. Or your family members get violated. Or both.

Do you like it? You don’t like it? You absolutely detested it? Who cares! The Empire has guns. It is all it has. The ability to kill and to rape. It has become dumb, degenerate. It produces hardly anything of value. But it has millions of weapons, as well as a monstrous propaganda machine.

Now, seriously: what can Iran do? What can a nation with thousands of years of culture do?

Can it defend itself? Honestly, if you think it can, then say it: how?

If it retaliates, it could be erased from the face of the earth. If it doesn’t do anything, it will lose face, self-respect, as well as the purpose to continue with its struggle for true independence and its unique form of socialism.

For years and decades, Iran has been a thorn in the eye of the West. Its allies have fought against Western-injected terrorism in Iraq, Syria, and Lebanon. Iranian ally in Lebanon, Hezbollah, has been defending the country against Israeli invasions while providing social support to poor and needy citizens. Iran has been giving jobs and temporary shelter to many Afghan citizens, particularly those from Herat, people who have absolutely nothing left after the horrendous U.S./NATO occupation of the country. I worked in Afghanistan, and I saw tremendous lines in front of the Iranian consulate in Herat. Iran has even been deeply involved in Latin America, helping, building social housing in Venezuela, Evo’s Bolivia, and elsewhere.

And now, recently, it began moving closer and closer to two of Washington’s arch enemies: China and Russia.

Therefore, it has been decided in the annals of Washington and the Pentagon: Iran has to be stopped; destroyed. At any price. Meaning, any price would have to be paid by the Iranian citizens.

I am convinced that this madness has to be stopped.

But also, because, if Iran is ruined, destroyed like Iraq, Libya or Afghanistan, someone will be next. First, most likely, Venezuela, and then Cuba. But then, perhaps, most likely, Russia or China, or both.

The Empire will not stop by itself.

If not opposed, it will get more and more emboldened.

It is a tremendous mistake to let it literally ‘get away with a murder’.

Today, a brave Iranian General has been murdered. Washington is smiling provocatively, cynically.

It is sending vibes to all corners of the world: “Stay on your couches in front of television sets. Be petrified. Do nothing. Or else!”

Yes, the world is scared. There are reasons to be scared. But the world simply has to act. These brutal, cowardly acts of degeneracy and fundamentalism/fanaticism committed by the Empire have to be stopped, sooner or later, in the name of our human race. Otherwise, soon, there will be no humanity left!

[First published by NEO – New Eastern Outlook – a journal of the Russian Academy of Sciences, under the same title]

ABOUT THE AUTHOR:  Andre Vltchek is a philosopher, novelist, filmmaker and investigative journalist. He has covered wars and conflicts in dozens of countries. Five of his latest books are “China Belt and Road Initiative”, “China and Ecological Civilization” with John B. Cobb, Jr., “Revolutionary Optimism, Western Nihilism”, a revolutionary novel “Aurora” and a bestselling work of political non-fiction: “Exposing Lies Of The Empire”. View his other books here. Watch Rwanda Gambit, his groundbreaking documentary about Rwanda and DRCongo and his film/dialogue with Noam Chomsky “On Western Terrorism”. Vltchek presently resides in East Asia and Latin America and continues to work around the world. He can be reached through his website, his Twitter and his Patreon.