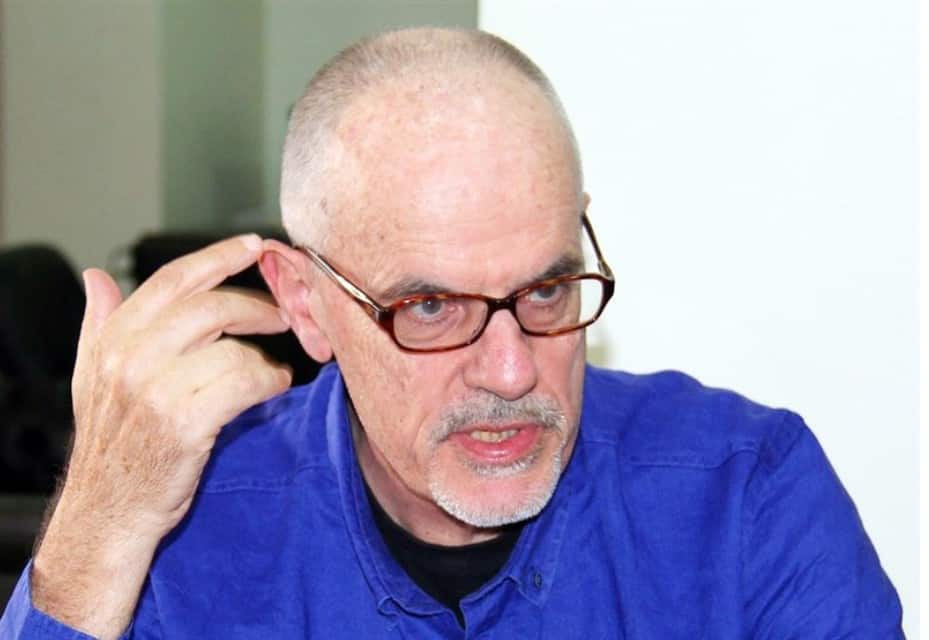 TEHRAN (Tasnim) – A senior professor and political analyst based in Australia deplored the US move to assassinate Iran’s Lt. General Qassem Soleimani, as “a cowardice attack” and said the revered commander’s key role in combating US-backed terrorism has been acknowledged by all sides.

“General Soleimani is acknowledged by all sides to have been the key commander in organizing and helping coordinate the campaign against those terrorist groups which were supported by US allies as they had freely admitted these days US allies at one stage from Qatar but also from the (United Arab) Emirates, from Saudi in particular, and from Turkey later on, from Israel as well in the South of Syria for example,” Professor Tim Anderson told Tasnim in an interview.

Professor Tim Anderson is a distinguished author and Director of the Sydney-based Centre for Counter-Hegemonic Studies. He has worked at Australian universities for more than 30 years, teaching, researching and publishing on development, human rights and self-determination in the Asia-Pacific, Latin America, and the Middle East. In 2014, he was awarded Cuba’s medal of friendship. He is Australia and Pacific representative for the Latin America based Network in Defence of Humanity. His most recent books are: Land and Livelihoods in Papua New Guinea (2015), The Dirty War on Syria (2016), now published in ten languages; and Countering War Propaganda of the Dirty War on Syria (2017). His next book Axis of Resistance is due out in 2019.

The following is the full text of Anderson comments:

The assassination and murder of General Qasem Soleimani was a terrible crime, a terrible act of terrorism, and a cowardice attack because it came when US occupation forces in Iraq were pretending to be there in the course of fighting ISIS or Daesh with which they coordinated with Iran and with Iraqi forces. So it was a treacherous attack and an unprovoked attack on people who ostensibly they were working with against the scourge of terrorism in Iraq. That was the pretext on which US forces came back into Iraq in 2014.

Now, the excuse that the Trump officials have given for this attack, this assassination, and also the murder of more than 30 Iraqi soldiers in one of the militia under the government’s forces, was that there was an imminent attack now this doctrine of an imminent attack that’s been called the Bethlehem doctrine. It’s the same type of rationale that was used for the invasion of Iraq in 2003. They claimed that the government of Saddam Hussein was just about to attack either the US or Britain or both. Now, it’s been stretched by this advisor called Daniel Bethlehem, who was brought in to Tony Blair’s office and Pompeo, one of Trump’s officials, has used it as the pretext after the fact for the assassinations, for the murders. They claim that there was an imminent attack on US people.

The second pretext, the second lie that’s been put about is that General Soleimani was somehow responsible for hundreds of deaths of Americans. There’s no basis been set up for this the former British diplomat Craig Murray has pointed out. It’s quite a lie. It may be that general Soleimani helped the resistance forces to the Iraq invasion after 2003 but anyone in Iraq was entitled to resist the US illegal invasion of Iraq in 2003. So the pretext put about for the assassination are quite false in the same manner as the false pretext was set up for the disgraceful and criminal invasion of Iraq in 2003.

Now, the work that General Soleimani had done in that time since soon after 2003, helping combat the scourge of terrorism introduced by the allies of the US and the US itself in Iraq and Syria for example but also Lebanon, Daesh, Jabhat al-Nusra, the other proxy forces that were introduced to divide and weaken Iraq and then to do the same to Syria. General Soleimani was a leading commander in that. He was also training other commanders from the beginning in Syria, for example, from the beginning in Iraq you recall the huge wave of terrorism that happened in Iraq that began in 2006 under al-Qaeda in Iraq or the Islamic State in Iraq which went on to become ISIS or Daesh.

General Soleimani is acknowledged by all sides to have been the key commander in organizing and helping coordinate the campaign against those terrorist groups which were supported by US allies as they had freely admitted these days US allies at one stage from Qatar but also from the (United Arab) Emirates, from Saudi in particular, and from Turkey later on, from Israel as well in the South of Syria for example. So, General Soleimani was advising the resistance to Israel in Lebanon. He was a friend of the Palestinians. They’re mourning him now in Palestine.

He played an important role in many of those early battles in Syria against the terrorist groups; Nusra in the western Syria and Daesh in the east and the course against Daesh when they were about to take over Iraq in 2014 and the Americans reentered under the pretext of fighting Daesh. Of course, they did nothing of the sort. It was General Soleimani and the people he coordinated with, the Iraqi people, the Iraqi militia, that were put together to join with the Iraqi army after 2014 when the US-sponsored army was incapable of responding to that threat, General Soleimani was there, of course also defending Iran’s interests but being a tremendously respected and leading figure in the fight against terrorism in the region. Now, we see that this act of terrorism, this cowardly act of terrorism by the Trump regime and undoubtedly there are forces on President Trump, on the one hand, to try and persist with this idea of trying to neutralize the influence of Iran in the region but perhaps also for some short-term political gains in terms of his own domestic sphere.

He’s done nothing over the sort of course. He’s exposed an extraordinary stupidity which I admit I didn’t see. I didn’t see it was as bad as that I thought Trump was a crude man, an ugly man, in many respects but he hadn’t initiated new wars and he seems to have miscalculated very badly because he has forced Iran to respond, to take a revenge because this is such an insult to Iran as a nation. I can’t see any alternative. They’ll be seen as completely useless, completely weak if they don’t make some response. On the other hand, any response directly to US interests in the region is going to assure some sort of reaction as well.