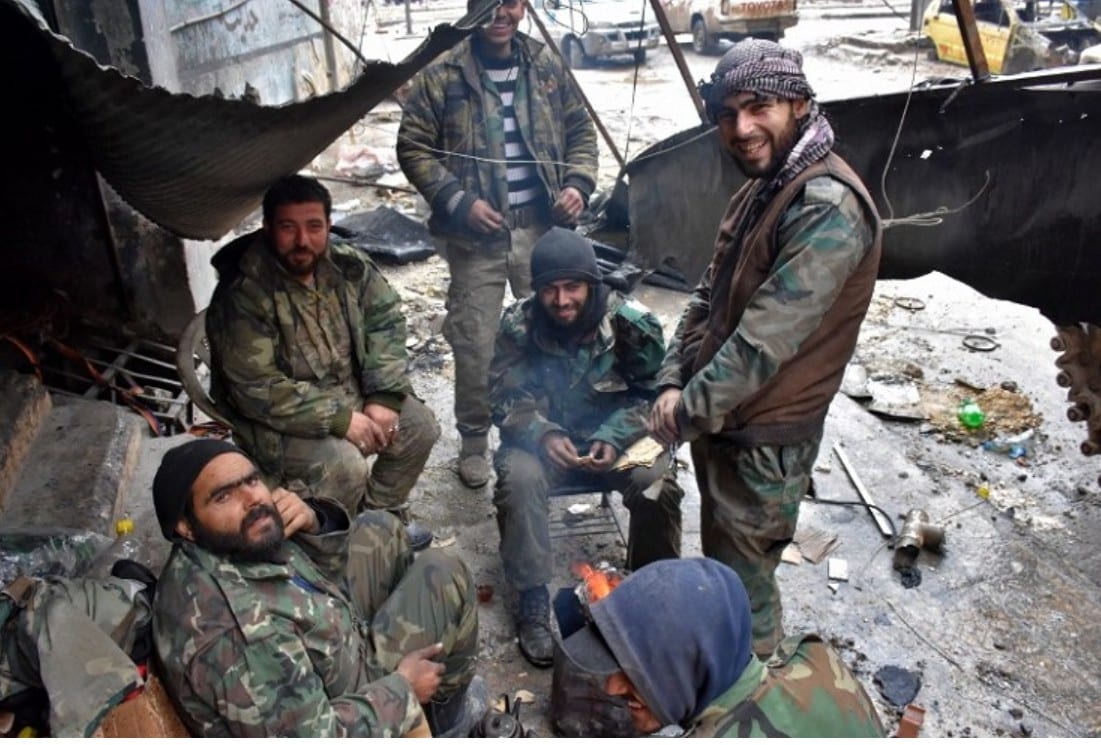 If you want heroes, go to Syria. There are heroes in Syria. But who are the heroes? What is a hero? I learned about heroes early in life. Most of us that fought in Vietnam were teenagers.

I escaped that by a month when I joined a Marine Landing Team in 1969, operating on and off the coast of I Corps in Vietnam. The ship library had books on Vietnam, two by French writer Bernard Fall, Two Vietnams and Street Without Joy.

In training, Vietnam was explained simply, “the land of the pissed off people.” American policy made no sense, a cursory study of history showed that the US was there in violation of peace accords and that the Diem regime in Saigon was a brutal dictatorship propped up by Washington.

Over half a century later, the same policy and despite the talk, the only changes are in fabricated history and fake news.

The US government doesn’t like Americans who go to Syria. They don’t want us to know the truth. If you go, expect to be greeted (detained) by Homeland Security and, if lucky, to be released by the FBI, albeit “eventually.”

During one visit, leading an American delegation of academics and writers, but also accompanied by Colonel James Hanke, a retired senior NATO intelligence officer, and nuclear weapons specialist, we were on a visit to the old city in Damascus.

This was a dinner for delegates. Colonel Hanke, I call him “Jimmie,” and I, along with Jim Dean and about a dozen other Americans, some rather better known than us, lined up at the entrance of an open-air restaurant.

The tables were set but we were told to wait. Food was being served, the tables loaded with wartime delicacies, food in Damascus during the siege was limited at best.

Then we saw them, those who were selected to eat first. Two dozen arrived, most carrying more than one AK 47, battered weapons, some obviously with homemade lower receivers, which means built out of steel sheets with hammers and files.

The clothing was rotting off them like it was with us in Vietnam so many decades before, they were filthy, tired, but we also saw smiles. They streamed past us, delegations from Russia, Turkey, Iran, Iraq, Egypt, Libya, Jordan, and the EU as well, Netherlands, Britain, France, Italy, Norway, took their seats and ate.

In five minutes, they were back on their feet, and soon took up positions around the restaurant. These were heroes. These were people, men, and women, fighting for their country against all odds, something any real soldier dreams of but no American has done during my lifetime.

Americans who fight, albeit heroically if that world can apply, enforce policy, policy bought by special interests or for America’s fake allies, Israel and Saudi Arabia. Jimmie and I saw in their faces they were like not only us but so many we had met during our military years, his lasting decades.

Damascus is not a simple place, it drips of politics, of its own special interest groups, war profiteers, smugglers, Western spies, with the lobby of the Dama Rose Hotel looking much like Rick’s Café from the film Casablanca.

With my own decades spent in varying forms of intelligence, a story best left untold, separating wolves from sheep was easy. What I did note, what those of us who had, in our own way, shared some common experience with those men who sat and ate first, noted, was that Syria is a very special place.

Most of us have spent time in the Middle East, for me considerable time, some with cab drivers and farmers, but too much with generals and government ministers, and on occasion, the ruling princes.

Syria was different. It felt like a nation, in ways Iraq, Lebanon, Jordan, Egypt, Libya, and so many other nations, in fact, all other nations did not. Syria wasn’t about Assad and his “regime” but about the people of Syria. They are Syria.

The feel is like nowhere else, except maybe, just maybe, a memory from so long ago, like a dream, America and John Kennedy, a time when everything seemed possible.

Syria is more than Assad, as Trump calls him, an “animal.” For those who escape the hate and propaganda Americans bathe in, it is easy to see, Assad is almost a Christ-like figure. Never before has a nation with so much power arrayed against it fought its way out of the darkness, except maybe Vietnam.

The wars are always the same, a great evil seeks to enslave a people, grind them into the ground, and the same lesson, time after time, is learned, that great power isn’t great at all.

In Vietnam, so long ago, it was easy to see, who the real enemy really was. For Marines in Vietnam, it was months in the field without break, without a hot meal, not that anyone in those temperatures ever wanted a turkey dinner with all the “fixins.”

We came to understand the enemy because we became the enemy, we became the victims, some two million Americans, children of the poor, who would die by the tens of thousands with most dying soon after the war as well, suicide, Agent Orange, cancer, neglect, or the real disease, the sickness in America’s soul, a sickness that is now murdering the world.

The heroes of Syria don’t stand against the United States, a nation that disappeared long ago. It’s no secret, that Trump’s folly in Syria, one that will end predictably in shame and defeat, is on behalf of his masters, not just those we see, Exxon, Raytheon, Israel, and Saudi Arabia, but centuries of depraved and debauched manipulators that buy and sell governments, but this time, not the government of Syria.

Syria isn’t Assad. Syria is the Syrian people, one of those oddly cohesive nations, a nation with national pride and identity, something the US has lacked, perhaps forever. Trump has promised Syria’s oil to Exxon Corporation, which would guarantee the Syrian people years of poverty, cold winters, and starvation.

This one act of evil, in itself criminal, blatant and cruel, defines the divides between people, those who suffer and choose to fight any odds and those who have grown soft, lulled into complacency, tolerating evil, even embracing it.

This leads to unpleasant realizations from time to time. Can a $10,000 a month military specialist involved in aiding terrorists or stealing oil, all done in support of war crimes, be heroic?

You see, heroism really matters, right and wrong really matters as does truth and lies. When we blur the lines between organized crime thug and “warfighter” as clearly demonstrated in America’s Middle Eastern adventures, the prevailing narrative of the West, one that so often demonizes real heroes, takes on a uniquely evil aspect.

The question then is do we travel this road, renewing the moral dialectic? Do we even want heroes?