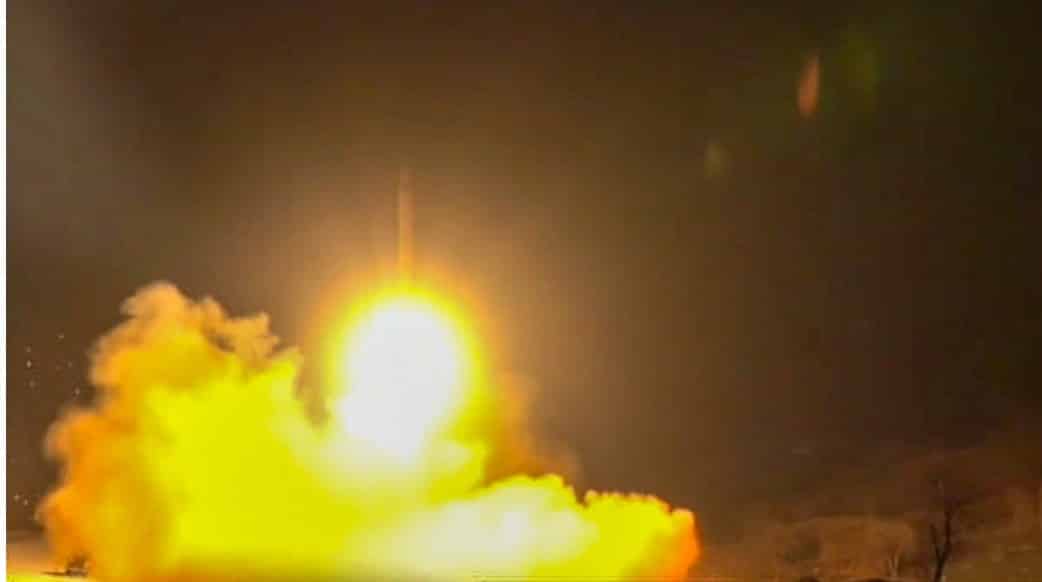 Iran’s anticipated retaliation for the US assassination of Qassem Suleimani sent a clear signal to Donald Trump that while the current round of violence may be over, Iran stands ready to respond to any future US provocation.

On Tuesday night, the Iranian nation buried the body of Qassem Soleimani, the charismatic senior Islamic Revolutionary Guard Corps (IRGC) officer assassinated by the US this past week. In the early hours of Wednesday morning, that task completed, Soleimani’s IRGC comrades, acting on the orders of Iran’s Supreme Leader, Ali Khamenei, launched some 22 ballistic missiles from Iranian territory into neighboring Iraq, targeting the huge US airbase Al Asad, in western Iraq, and the US consulate in the city of Erbil, in Iraqi Kurdistan.

In the hours following the announcement of these attacks, which were broadcast on Iranian television for the Iranian people, the world held its breath, waiting for the results. Shortly after the missiles were launched, Iran signaled its desire for a diplomatic resolution to the crisis through a tweet sent out by its Foreign Minister, Javad Zarif, who described the attacks as “proportionate measures in self-defense under Article 51 of UN Charter.” Zarif concluded by noting that “We do not seek an escalation of the war, but will defend ourselves against any aggression.”

The ultimate decision to deescalate, however, was not Iran’s to make. War is not a one-way street, and the enemy always gets a vote. However, in launching its missile attack on US targets in Iraq, Iran appeared to go out of its way to signal that it considered the matter of retaliation for the assassination of Soleimani closed. First and foremost, Iran communicated its intent to strike US targets in Iraq directly to the Iraqi Prime Minister a full two hours prior to the missiles being launched; Iraq then shared this information with US military commanders, who were able to ensure all US troops were in hardened shelters at the time of the attack.

Showing off its new-gen ballistic missiles

But the most important aspect of Iran’s actions was the way its missiles were targeted. For years now, Iran has made significant strides in terms of the reliability, range, and accuracy of its ballistic missile force. Gone are the days when Iran arsenal consisted solely of inaccurate Soviet-era SCUD missiles.

The missile attack on the US incorporated new, advanced missiles—the Qaim 1 and Fahad-110—possessing advanced guidance and control capable of pinpoint precision. Iran had used these weapons previously, striking targets inside Syria affiliated with the Islamic State. But this was the first time these weapons had been used against the US. From the US perspective, the results were sobering. The Iranian missile attacks resulted in no casualties among the US, Iraqi or coalition forces stationed in either Al Asad or Erbil. But the lack of lethality, however, is actually Tehran’s way of proving the accuracy of its ballistic missiles.

Commercial satellite images of the Al Asad airbase taken after the attack show that the Iranian missiles struck buildings containing equipment with a precision previously only thought possible by advanced powers such as the US, NATO, Russia, and China. Iran fired 17 missiles at Al Asad, and 15 hit their targets (two missiles failed to detonate).

I haven’t seen any damage reports being released by the Pentagon.
Has anyone else?#NoWarWithIran

Iran also fired five additional missiles at the US consulate in Erbil; US commanders on the ground said that it appeared Iran deliberately avoided striking the consulate, but in doing so sent a clear signal that had it wanted, the consulate would have been destroyed.

Trump had to back down

This was the reality that President Trump had to wrestle with when addressing the American people regarding the state of hostilities between the US and Iran.

Trump had previously promised a massive retaliation should Iran attack any US personnel or facilities. Surrounded by his national security team, Trump had to back down from that threat, knowing full well that if he were to attack Iran, the Iranian response would be devastating for both the US and its regional allies, including Israel, Saudi Arabia, and the UAE. The US might be able to inflict unimaginable devastation on Iran, but the cost paid would be unacceptably high.

Trump’s rhetoric was aggressive, however, and his message made it clear that the US still considered Iran to be a rogue state whose pursuit of nuclear technology, ballistic missiles, and regional dominance would be opposed by the US, with force if necessary. But the Iranian missile attack drove home the new reality that, when it came to Iran’s actions in the Persian Gulf, American Presidential rhetoric no longer held sway as it once did.

Ali Khamenei, the Iranian Supreme Leader, drove this point home in a series of tweets claiming to have “slapped” the US in the face for its assassination of Soleimani, emphasizing that the policies pursued by Soleimani seeking the withdrawal of the US from the Persian Gulf region were becoming a reality, citing the recent vote by the Iraqi parliament to evict all foreign troops, including those of the US, from its soil.

President Trump, in his address to the American people, certainly talked the talk when it came to articulating a strong anti-Iranian policy. The real question is whether Trump and the American people are prepared to walk the walk, especially in a world where Iranian missiles are capable of dealing with death and destruction on a scope and scale previously unimaginable.

About Author:  Scott Ritter is a former US Marine Corps intelligence officer. He served in the Soviet Union as an inspector implementing the INF Treaty, in General Schwarzkopf’s staff during the Gulf War, and from 1991-1998 as a UN weapons inspector.