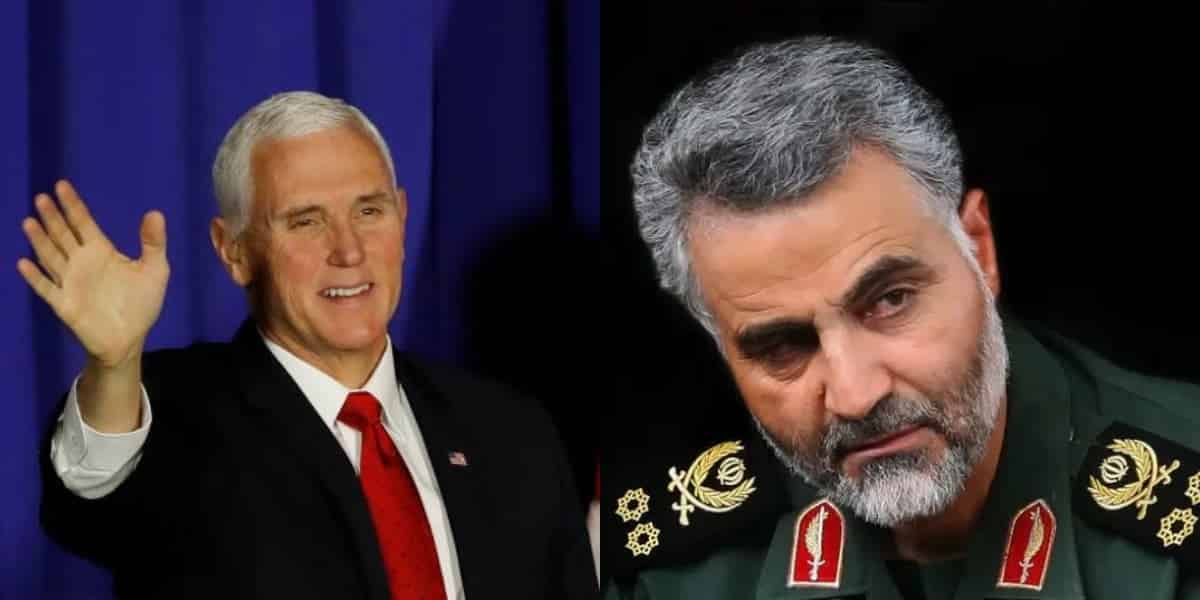 As Jim W. Dean usually says, you can’t make this stuff up. The legendary Mike Pence declared a few days ago that the Iranian general, Qasem Soleimani, “assisted in the clandestine travel to Afghanistan of 10 of the 12 terrorists who carried out the September 11 terrorist attacks in the United States.”[1]

The evidence for this nonsense? Well, Mike Pence apparently thought that he didn’t need to provide any because the statement itself is self-referentially true. It is also true because Mike Pence utters it. Even the bipartisan report from the 9/11 Commission declared that “We have found no evidence that Iran or Hezbollah was aware of the planning for what later became the 9/11 attack.”[2]

Now you know how Washington and the war machine can summon just about any dumb things in order to marshal a diabolical ideology. In fact, Clifford May, founder of the hawkish Foundation for the Defense of Democracies, declared that “Iran’s ruler misjudges the president and loses his leading terrorist.”[3] Now you know why Washington can do just about anything for the state of Israel, the very country that has been a problem child in the Middle East since 1948. In fact, they have been doing this since the beginning of time.

But the war mongers and ethnic cleansers have gotten even crazier over the past few days. Trump has said of the Balad military base that houses US forces some 50 miles north of Baghdad:

“We have a very extraordinarily expensive airbase that’s there. It cost billions of dollars to build. Long before my time. We’re not leaving unless they pay us back for it […] We will charge them sanctions like they’ve never seen before ever. It’ll make Iranian sanctions look somewhat tame.”[4]

What? The United States literally decimated Iraq in 2003, slaughtered men and women by the thousands, and created conflicts in the region. And now Trump is essentially saying that the government needs to pay the United States for a military base that is not even under Iraq’s jurisdiction. How stupid can it get? How can you expect Iraqis to have some kind of appreciation for America and its people when the commander in chief is saying diabolical things like this? But as crazy as it may sound, there are people out there who still believe that “Everybody In America Should Stand Up And Applaud President Trump, Because He Just Changed The Course Of History.”

As the saying goes, there are none so blind as those who refuse to see. Think God that the vast majority of Americans do not buy this nonsense. In fact, “Americans say Soleimani’s killing made US less safe, Trump ‘reckless’ on Iran.”[5]