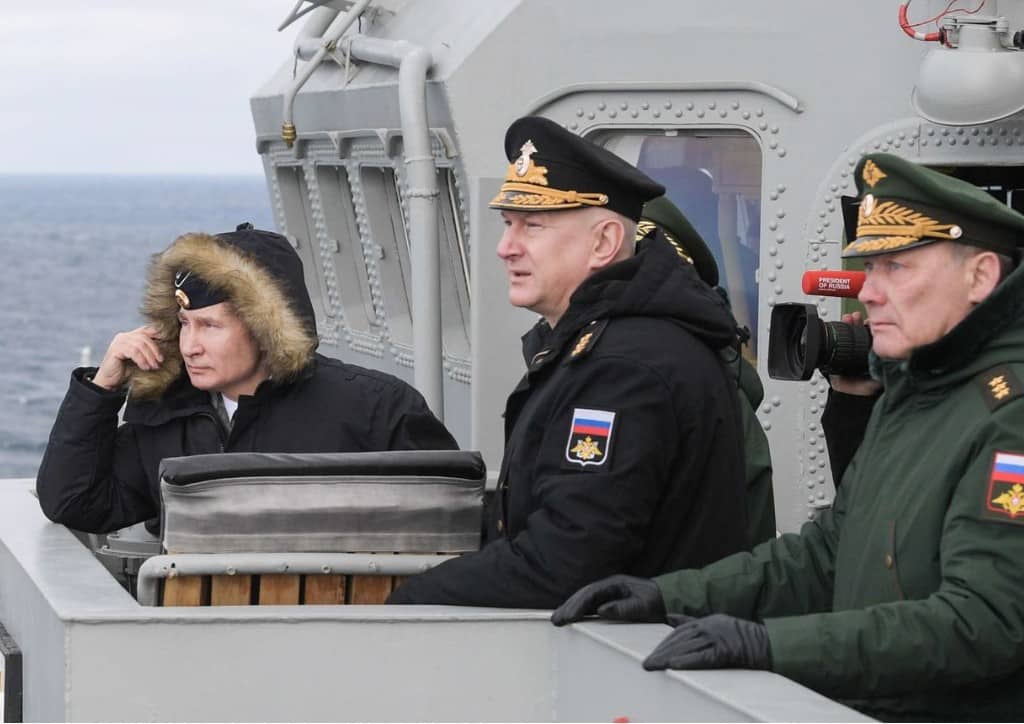 More than 30 warships and 40 aircraft got together for a major joint exercise of Russia’s Black Sea and Northern Fleets, providing for a chance to see some of the country’s most hyped weapons in action.

Kalibr cruise missiles were launched from two types of platforms during the drills in the Black Sea. The crews of Admiral Grigorovich frigate and Orekhovo-Zuevo small missile ship performed a surface firing, while Kolpino submarine launched a Kalibr from underwater. Those missiles were already used in actual combat, proving its efficiency during the Russian anti-terrorist operation in Syria.

A duo of MiG-31K fighter jets took to the air to test out Kinzhal hypersonic missiles at one of the seaside ranges. The hardware is one of several hypersonic systems prepared for the country’s military together with Avangard glider, which is fitted on silo-based ICBMs, and Zircon (Tsirkon) missile, developed for the Navy.Those types of weapons are said to be able to overcome any existing air defenses by traveling several times faster than the speed of sound and constantly maneuvering.

The aerial part of the exercises included Su-30SM multipurpose fighters, Su-24M bombers and Tu-95 strategic bombers. Vladimir Putin observed the war games from aboard the Marshal Ustinov missile cruiser of the Northern Fleet.

Russian Navy’s Commander-in-Chief, Nikolay Yevmenov, reported to the President that the drills have achieved all their targets. “The hardware proved its reliability, with new forms of its use tried out. The personnel also showed its professionalism.”

Putin said that the amount of brand new hardware in the Russian Navy is about to reach 70 percent ,and that it should be kept at that level, so that “our country could maintain and strengthen is positions as one of the leading maritime powers.”