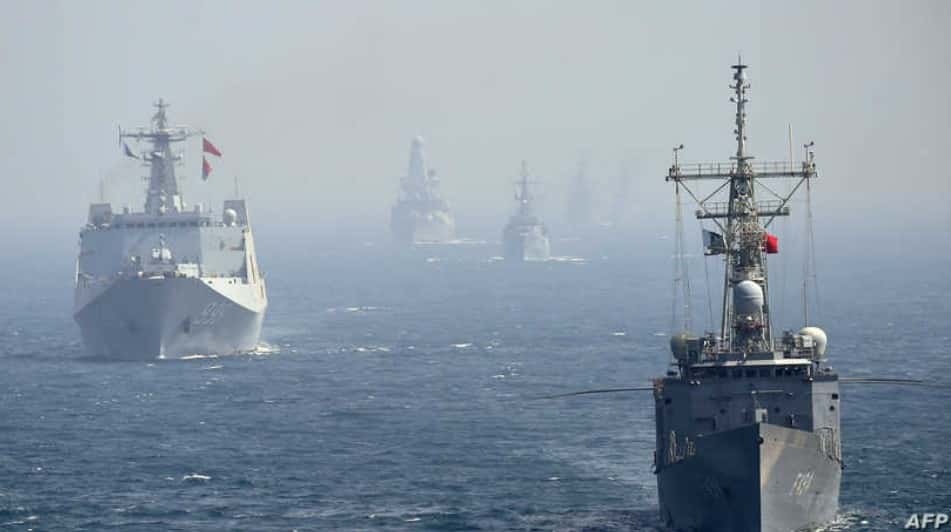 Pakistan and China have launched a major joint naval drill in the Arabian Sea to, as officials put it, deepen their security cooperation and consolidate an “all-weather strategic partnership” between the two allied nations, VOA news reports.

The nine-day “Sea Guardians 2020” exercise went into action Monday. It is the sixth in the bilateral cooperation plan between Chinese and Pakistani military forces.

An official statement Wednesday noted that warships, including frigates, destroyers, and fast attack craft “along with air and sub-surface assets” as well as marines and special operations forces from China and Pakistan, are participating in the drill.

“The exercise (also) aims at enhancing capabilities of both navies to jointly deal with terrorism and crime at sea and to promote efforts for a safe maritime environment,” visiting Captain Zhou Han Wen from China’s Peoples Liberation Army (Navy) was quoted as saying.

The Chinese Ministry of National Defense announced days earlier that its fleet for the Pakistan-hosted joint naval exercise would also include a supplement ship and submarine rescue ship.

“Pakistan considers that maritime security isn’t just important for itself but for all other countries whose prosperity and progress are strongly bonded with the seas,” Nawaz said.

Chinese officials in the run-up to the mock battles, however, dismissed those concerns saying they were neither related to “regional affairs” nor were they aimed at “any third party.”

While Beijing has long-running strong defense ties with Islamabad, the two allies in recent years have deepened economic cooperation under Beijing’s trillion-dollar global infrastructure project known as the Belt and Road Initiative.

The deepening collaboration known as the China-Pakistan Economic Corridor, or CPEC, has brought in around $30 billion in Chinese investment over the past six years, building roads, ports and energy production projects in the South Asian nation.

Chinese workers and facilities related to CPEC, however, have also come under deadly terrorist attacks, prompting the two countries to boost counterterrorism cooperation.