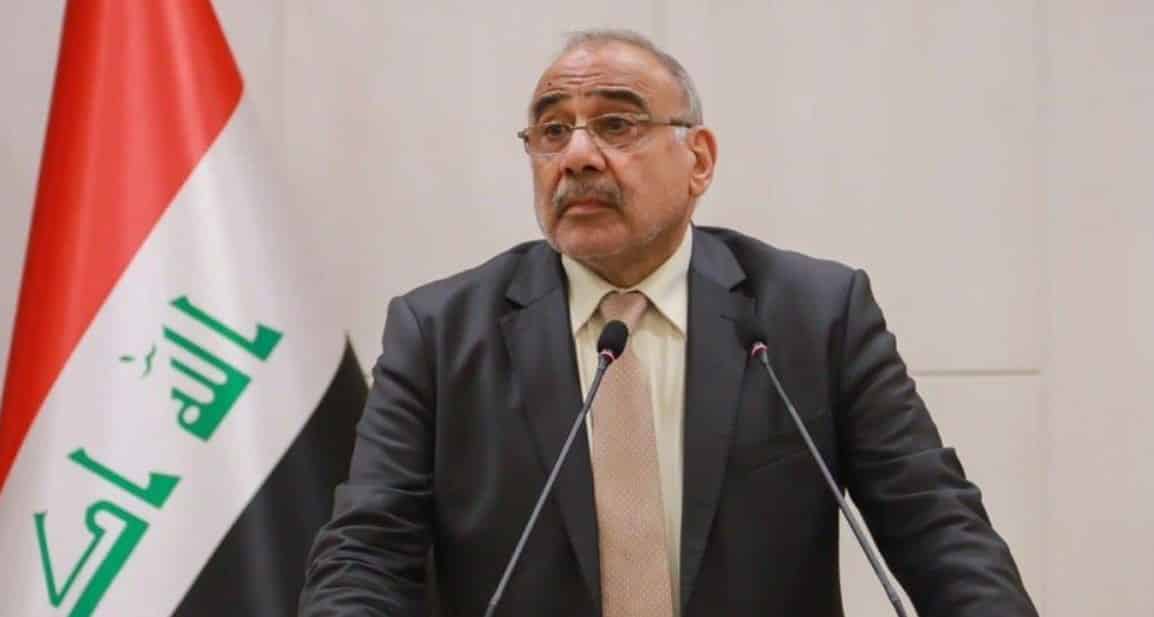 Iraq’s caretaker Prime Minister Adel Abdul-Mahdi has called on the United States to dispatch a delegation to Baghdad tasked with formulating a mechanism for the withdrawal of US troops from the country in the wake of the assassination of Iran’s Lieutenant General Qassem Soleimani and Abu Mahdi al-Muhandis, the second-in-command of Iraqi Popular Mobilization Units (PMU).

According to a statement released by the Iraqi premier’s office on Friday, Abdul-Mahdi “requested that delegates be sent to Iraq to set the mechanisms to implement the parliament’s decision for the secure withdrawal of (foreign) forces from Iraq” in a phone call with US Secretary of State Mike Pompeo late on Thursday.

The prime minister said Iraq rejects violation of its sovereignty, particularly the US military’s violation of Iraqi airspace in the airstrike that assassinated Soleimani last week.

Abdul-Mahdi asked Pompeo to “send delegates to Iraq to prepare a mechanism to carry out the parliament’s resolution regarding the withdrawal of foreign troops from Iraq,” the statement said.

“The prime minister said American forces had entered Iraq and drones are flying in its airspace without permission from Iraqi authorities and this was a violation of the bilateral agreements,” the statement added.

On January 5, Iraqi lawmakers unanimously approved a bill, demanding the withdrawal of all foreign military forces led by the United States from the country.

Iraqi lawmakers approve bill to expel US forces from country

The lawmakers, in line with their national and regulatory responsibilities, singed the four-point draft.

Later in the day, Iraqi cleric Moqtada al-Sadr said the parliamentary resolution to end the presence of foreign troops in the country had not gone far enough, calling on local and foreign resistance groups to unite.

“I consider this a weak response, insufficient against American violation of Iraqi sovereignty and regional escalation,” Sadr, who leads the largest bloc in parliament, was quoted by Reuters as saying in a letter to the parliament.

A top Hezbollah official says the response of the axis of resistance to the US assassination of General Qassem Soleimani will be decisive.

The cleric said a security agreement with the United States should be cancelled immediately, the US embassy should be closed down, US troops must be expelled in a humiliating manner, and communication with the US government should be criminalized.

“Finally, I call specifically on the Iraqi resistance groups and the groups outside Iraq more generally to meet immediately and announce the formation of the International Resistance Legions,” he said.

On Saturday, the leader of a powerful political coalition in Iraq’s parliament said US forces will be driven out of the Iraqi territory following the vicious, cowardly US operation.

“We offer our condolences to the adherents of Hashd al-Sha’abi and all Iraqis over the martyrdom of Abu Mahdi al-Muhandis, General Soleimani and a number of young valiant men. This is the path of martyrdom, and we hereby declare that we will continue to tread it. We have no reservations whatsoever in this regard,” Hadi al-Ameri, who is the head of the Fatah (Conquest) Alliance, told reporters as he participated in the funeral ceremony for the fallen heroes in the Iraqi capital, Baghdad, on Saturday.

Iraqis will drive out US troops: Senior Iraqi MP

The leader of a powerful bloc in Iraq’s parliament says Iraqis will expel US troops from the Iraqi territory.

“We will defeat Americans and drive them out, as we did earlier in the face of Daesh. We will expel Americans right before Iraqis’ eyes as they will be frustrated and humiliated.”

“We will press ahead with this struggle. We don’t have any option but to fully restore Iraq’s sovereignty,” added Ameri, who is also the secretary general of the Badr Organization.

The United States, backed by the United Kingdom, invaded Iraq in 2003 claiming that the former regime of Saddam Hussein possessed weapons of mass destruction. No such weapons, however, were ever found.

The invaders withdrew from Iraq, after nearly nine years of a military campaign that cost tens of thousands of Iraqi lives.

Leading a new coalition of its allies, the United States returned to Iraq in 2014, when Daesh unleashed a campaign of destruction in the Arab country. Widespread reports, however, said the Washington-led operations largely spared the terrorists and led, instead, to civilian deaths and inflicted damage on the Iraqi infrastructure.

Baghdad declared the end of the anti-Daesh campaign back in 2017.