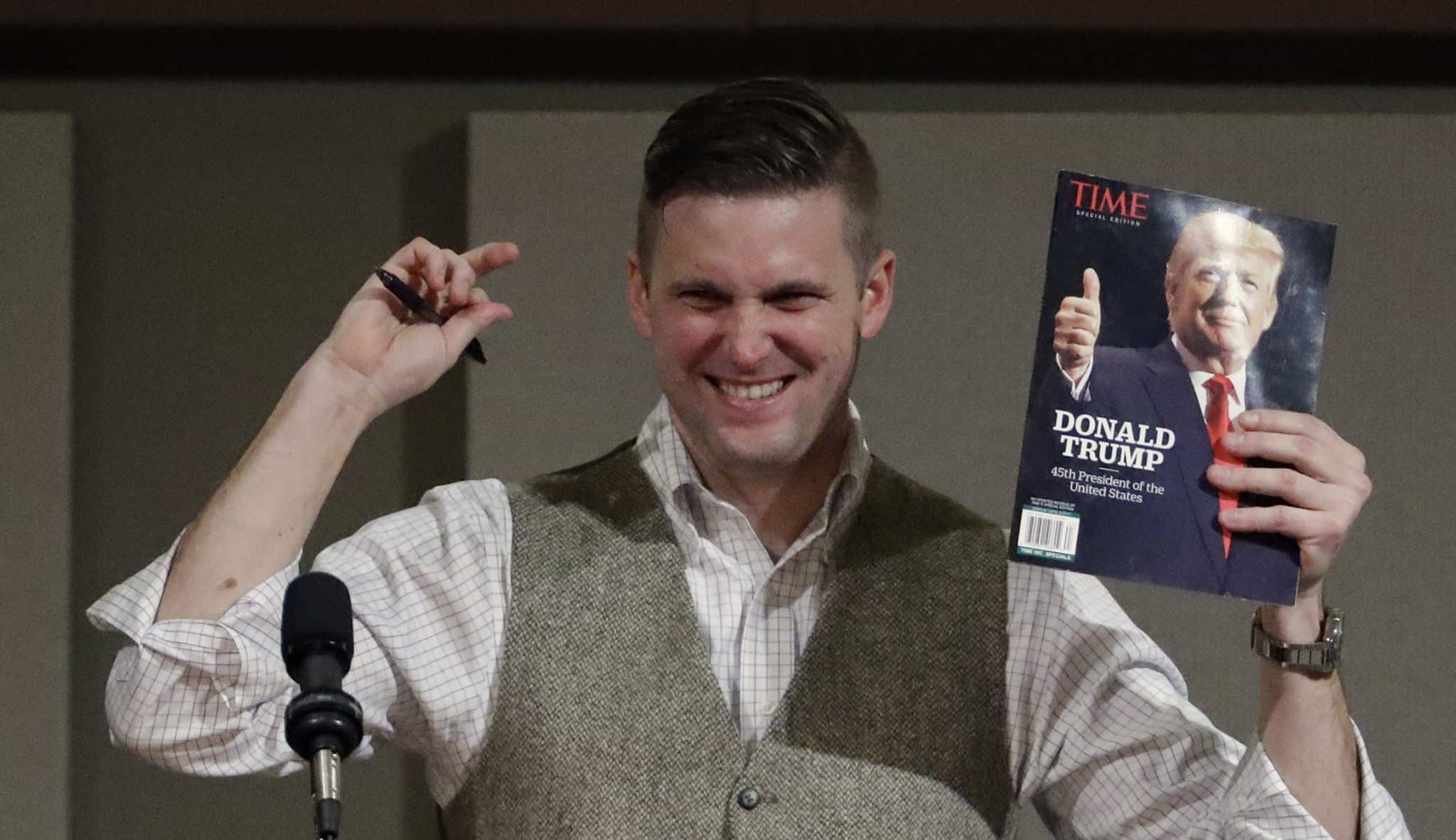 Richard Spencer has recently tweeted that Trump is no longer leading the white nationalist movement to victory, as he once believed a few years ago. “I deeply regret voting for and promoting Donald Trump in 2016,” he said.[1] Obviously there is not going to be a “party like it’s 1933,” as Spencer once asserted.[2] We won’t see Spencer’s “Hail Trump, hail our people, hail victory!” anymore.

Spencer continued: “To the people of Iran, there are millions of Americans who do not want war, who do not hate you, and who respect your nation and its history. After our traitorous elite is brought to justice, we hope to achieve peace, reconciliation, and forgiveness.”[3]

I totally agree with Spencer here. One can easily say that the vast majority of Americans do not want perpetual wars in the Middle East. The military industrial complex, the warmongers in Washington, the Israeli Lobby, and the Deep State always want trouble in the region because they want to justify their ideological or diabolical existence. As we have mentioned in an earlier article, take Benjamin Netanyahu. He unequivocally wrote in his 1995-book Fighting Terrorism:

“The best estimate at this time place Iran between three and five years away from possessing the prerequisites required for the independent production of nuclear weapons. After this time, the Iranian Islamic republic will have the ability to construct atomic weapons without the importation of materials or technology from abroad.”[4]

Netanyahu is still running around like a hyena and saying crazy things like Iran is “the most dangerous terrorist state.”[5] Netanyahu, like a mad man, constantly lies about Iran. Since he cannot submit his political appetite to the moral order, he has to come up with crazy and implausible things. How else would he avoid going to jail for bribery and other crimes?[6] He declared in 2018:

“It’s time to stop them now. They’re aggressive, they are developing ballistic missiles, they’re not inspecting, they have a free highway to massive [uranium] enrichment.”[7]

Well, you’ve said that before, King Bibi. And that was way back in 1995! So Spencer is right in saying that we Americans deplore wars in the Middle East. The problem is that Spencer’s outrage isn’t consistent with his ideological foundation.

If Spencer is correct in saying that “Race is the foundation of identity,” then how did Donald Trump move from criticizing the Deep State to imbibing the very ideology that makes up the Deep State? Was there a genetic or racial change? If biology is the metaphysical substratum of behavior, then what was the name of the gene that caused Trump to shift positions on so many issues—from saying that Saudi Arabia was behind the 9/11 attack to selling military weapons to the same terrorist state?

We all know that whatever happens genetically also happens automatically. In that sense, if race and not morality is the foundation of identity, then Spencer shouldn’t be worrying about Trump supporting the Deep State or buddying up with terrorist states like Saudi Arabia. Spencer shouldn’t have been “pissed off”[8] when he found out that Trump was bombing Syria shortly after he ascended to the Zionist throne in the White House. If Trump was doing something “heinous and stupid” then, was that part of his racial or genetic makeup?

Spencer made a special plea to Trump about two years ago saying:

“Let me make a direct appeal to Donald Trump…Do not allow these people [warmongers] to destroy your presidency. That is exactly what they will do.”

Was that plea really necessary if Trump’s genetic makeup is rooted and grounded in “whiteness”? What, then, are the logical parameters? And if there is no serious logical explanation, then is there a gene which caused Donald Trump to go Syria and bomb the Assad government?

Furthermore, why would Spencer be railing against Trump for listening to the war machine? Couldn’t Trump respond by saying that “my whiteness” or “my genes made me do it”? On what basis should we convince people like Trump to act differently? By reasoning with them, as Spencer was desperately trying to do? And if we do think that reasoning with them is the way to go, aren’t we implicitly saying that the fundamental issue boils down to morality or practical reason and not race or biology?

Those are some of the questions that do not get serious answers because they fundamentally ruin the ideological force of the race crowd. I am currently writing a book which will tentatively be titled, Kevin MacDonald’s Metaphysical Blunder: A Philosophical Critique of Evolutionary Psychology, Sociobiology, and White Identity, in which I will fully develop these issues. A very short version of these issues will be published in the February issue of E. Michael Jones’ Culture Wars.