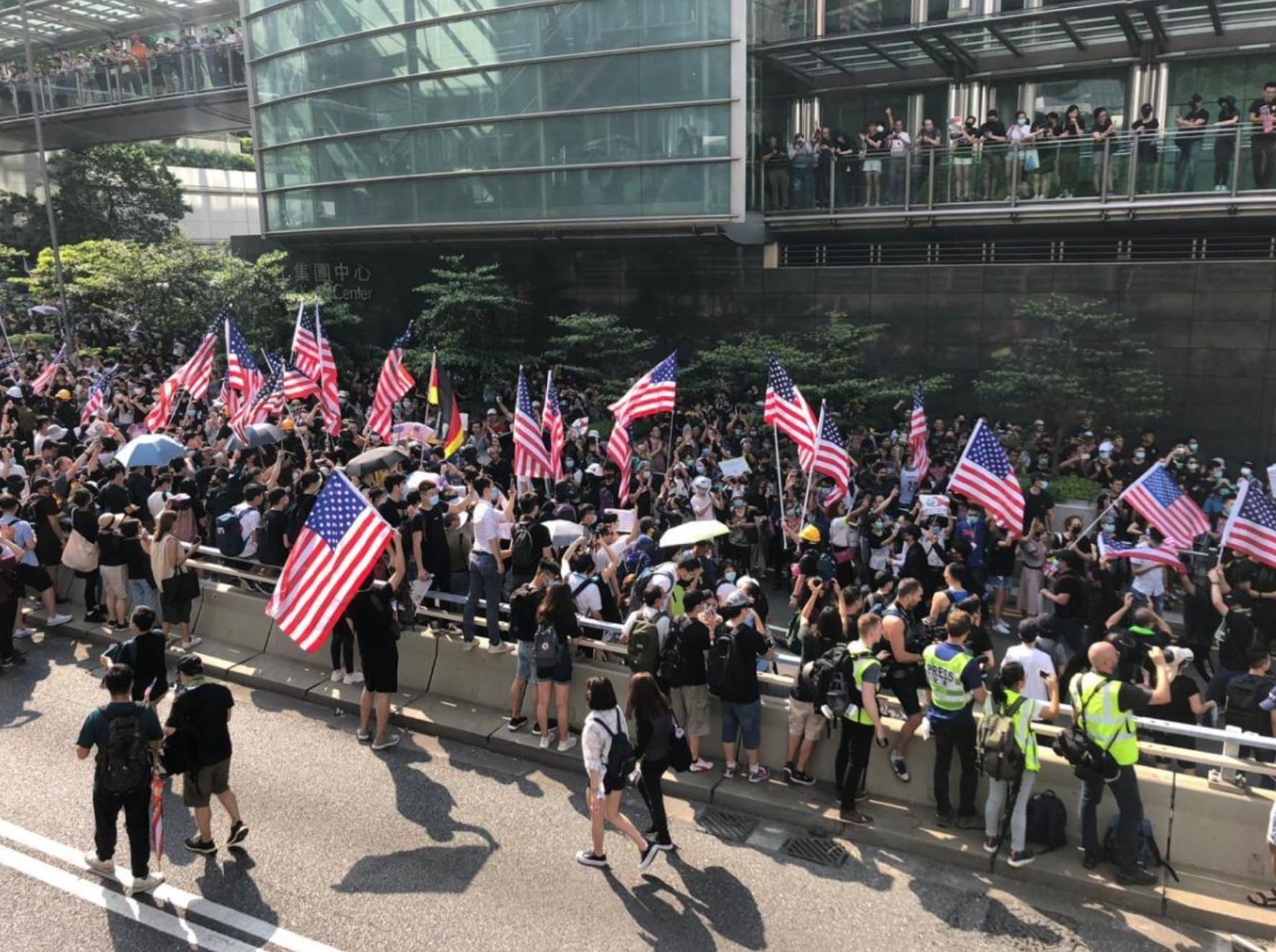 by Andre Vltchek for VT

Now that your city has been in flames for more than six months, your families divided, and no end to the violence is in sight, I have decided to write this short essay, in the form of an open letter, to the young people of Hong Kong.

Why all this smoke and fire, wrath and violence? Were your lives, before the so-called “protests”, or “riots”, really so dismal?

You have been living in one of the richest cities on earth. Even according to Western evaluations, Hong Kong has one of the highest “freedom indexes”, higher than that of most Western countries.

Water that comes from your taps is clean, the Internet is extremely fast, public transportation is cheap and one of the best in the world. You can enjoy an exciting cultural life, as well as great public spaces constructed along your impressive coasts.

Your housing is some of the most expensive in the world. Job opportunities for college graduates are not really excellent. Some cities in Mainland China are now more exciting places to live, to create and to dream, than ‘good old’ Hong Kong. But still, it is a fascinating, solid city, with its own culture, mindset and complex history. And in many ways, it is a beautiful city; beautiful and unique.

So, why? What happened? Why suddenly such anger, and such frustration?

Should we talk? Please let’s.

I have worked in around 160 countries and territories, on all continents. I have written about, and I have filmed many wars and conflicts. I have been covering revolutions and rebellions, but also terrible riots ignited by Western countries. You probably have heard about the so-called “Color Revolutions”, or the “Arab Spring”.

I have witnessed, first hand, the fate of countries that have been occupied and then thoroughly destroyed by the United States and NATO: Afghanistan and Syria, Iraq and Colombia, to name just a few. I have seen millions of ruined lives in nations where the West overthrew left-wing governments and then injected fascism: places like Indonesia (1965), and Chile (1973). Now there is nothing left of Indonesia; its nature is thoroughly ruined and the great majority lives in misery. In Chile, people have stood up, and are proudly fighting and dying for socialism which was stolen from them by Western governments and corporations.

I have lived and worked all over the African continent, the most devastating part of the world, colonized and terrorized first by Europe, and later by the United States, for many centuries.

In Hong Kong, I see you waving flags of the United States. You want that country to “save you from China” (from your own nation, in essence). I have read a translation of your school curriculum. It smears China, and it glorifies the West. Were you told, ever, that in the name of that flag, consisting of the stars and stripes, tens of millions of people, worldwide, were murdered, democracies were raped, and freedom of expression horrendously oppressed? Or are you only reading what is brought to you by Reuters and other Western press agencies?

When waving the U.K. flags, nostalgically recalling your British masters and their rule over Hong Kong, do you even think about some of the most monstrous crimes committed in the history of humankind? On all continents of the world, the British Empire murdered, humiliated, violated and plundered; hundreds of millions of people. Human beings were reduced to slaves. Their lives, identities were reduced to nothing.

Were you told this? Do you realize it? When you wave these flags when your leaders are taking bribes from the U.S. and the E.U. establishment, do you ever think what kind of money you are touching? Do you ever consider that this money is soaked in blood?

I saw several of you demanding “independence from China”. I even witnessed some of you calling China a “terrorist” state.

Have you ever, seriously, compared the Chinese political system to that, so-called, “democracy” of the West?

And democracy? In China, the government listens to its people. In reality, democracy means nothing more than the direct translation from Greek – rule of the people.

In PRC, the government is working to improve the lives of its citizens, while building a global infrastructure for all (BRC). Now, look at the West: most of the citizens in North America and Europe hate their system, but cannot get rid of it. Some of you regularly travel to the West: don’t you hear what the people are saying there?

In the last two decades, China has lifted up hundreds of millions out of poverty. In the West, the governments have buried billions of people in misery in all their colonies. Despite the terrible plunder of the world, tens of millions are destitute at home, in both North America and Europe. 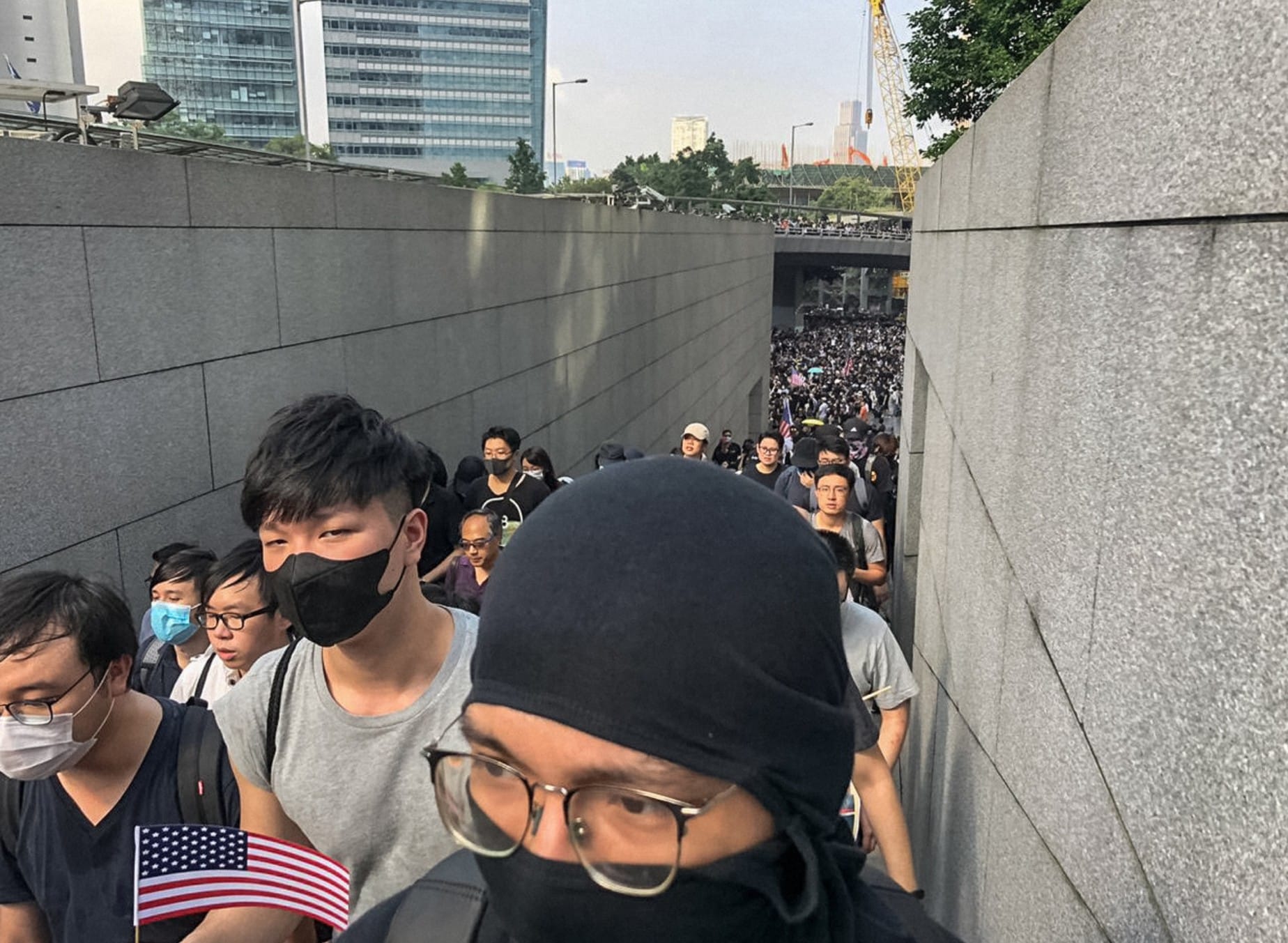 Despite the not too high GDP per capita, China has almost no misery, while tens of millions of U.S. citizens are living in poverty. There are many more prisoners (per capita) in the U.S. prisons than in the Chinese ones.

Many U.S. prisons are now privatized: it is big business. The more that are held behind bars, the bigger the profit!

Is this a system in which you’d want to live? Is it, really?

I know the West very well. And I know China. These days, in Hong Kong, some of you are waving Western flags, while insulting Beijing.

The West has the most powerful propaganda on earth. It has the ability to twist everything; to call black – white, and vice versa.

But frankly, it is Beijing, which has the ability and desire to help solve the problems of Hong Kong.

Do you really think that Washington, London or Berlin are genuinely interested in helping your city? I am convinced that they only want to break China and to continue ruling over the world.

To conclude this letter, let me say what has to be said: After speaking to people that are now angrily waving black banners, as well as U.S. and U.K. flags, I realized that they know very little about the state of the world. And, they do not want to listen to different points of view. When confronted intellectually, they become violent.

That is not a democratic approach; not at all.

I suggest we talk. Publicly. Let us debate the very definitions of democracy. Let us discuss who has done more harm to the world: China or the West? I am ready, anytime.

If the leaders of the Hong Kong riots or “protests” are confident that they are correct, let us face each other, in front of microphones and cameras.

I love your city. I love Hong Kong. I love China. And I strongly believe that China and Hong Kong are one beautiful, inseparable entity.

I am ready to give my best, proving that point.

Andre Vltchek is a philosopher, novelist, filmmaker and investigative journalist. He has covered wars and conflicts in dozens of countries. Five of his latest books are “China Belt and Road Initiative”, “China and Ecological Civilization” with John B. Cobb, Jr., “Revolutionary Optimism, Western Nihilism”, a revolutionary novel “Aurora” and a bestselling work of political non-fiction: “Exposing Lies Of The Empire”. View his other books here. Watch Rwanda Gambit, his groundbreaking documentary about Rwanda and DRCongo and his film/dialogue with Noam Chomsky “On Western Terrorism”. Vltchek presently resides in East Asia and Latin America and continues to work around the world. He can be reached through his website, his Twitter and his Patreon.