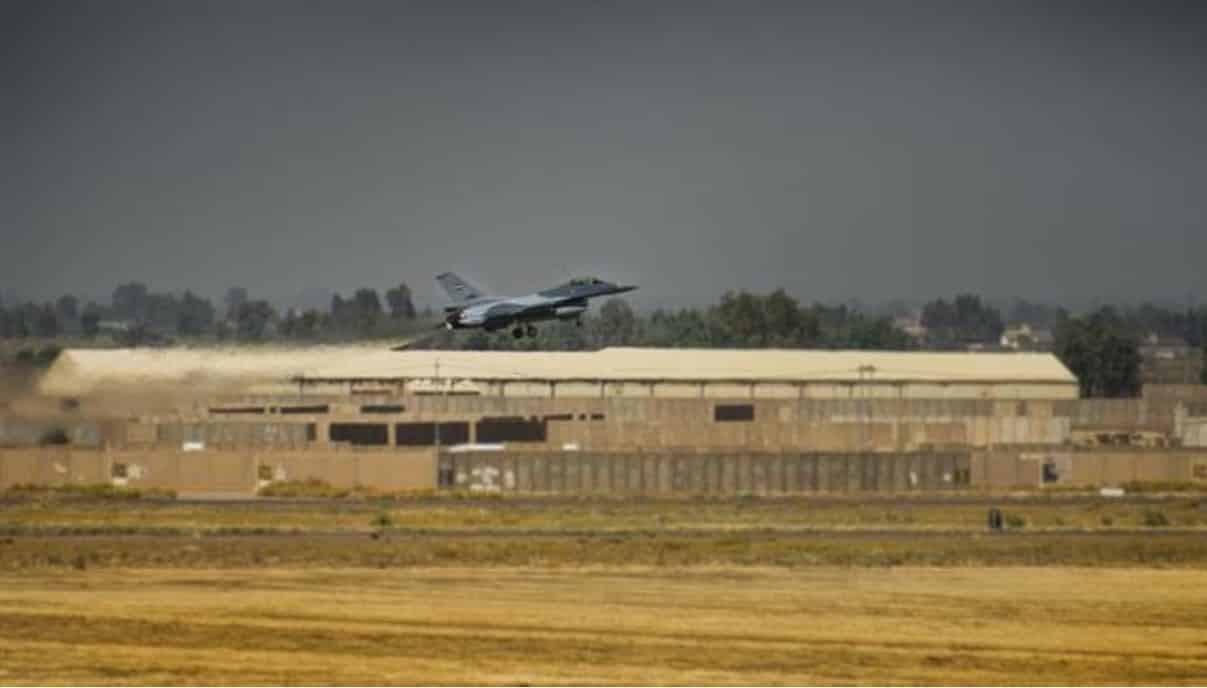 A rocket barrage has hit an Iraqi airbase hosting US forces north of the capital Baghdad, Iraq’s military says.

A number of shells landed on the runway of the airbase while another shell hit the gate, said Colonel Mohammed Khalil, a local police officer.

No group has yet claimed responsibility for the rocket attack.

The airbase is home to most of Iraqi’s F-16 fighter jets, which it had purchased from the US to upgrade its air defense capabilities. Al-Balad is also home to a small US Air Force contingent as well as American contractors.

According to what an unnamed military sources told AFP, a majority of American forces had been evacuated from the airbase after tensions escalated between the US and Iran over the past two weeks.

“About 90 percent of the US advisers, and employees of Sallyport and Lockheed Martin who are specialized in aircraft maintenance, have withdrawn to Taji and Erbil after threats,” one of the sources said.

“There are no more than 15 US soldiers and a single plane at al-Balad,” the source added.

Back on January 4, at least two rockets, suspected to be of Katyusha type, also fell in the airbase, which is in the vicinity of the city of Samara in Salahuddin province.

PressTV-‘Rockets, mortar shells hit US base, near American embassy in Iraq’

Sirens immediately sounded at the Green Zone compound, which hosts both US diplomats and troops.

The rocket attack on Sunday occurred four days after the Iranian defense units poured more than a dozen ballistic missiles on two military bases housing US troops in Iraq, in retaliation for the US assassination of Iran’s top military commander, Lt. Gen. Qassem Soleimani in a US drone strike near Baghdad International Airport on January 3.

In recent months, the military bases in the Arab country that are home to US troops have been subject to volleys of rockets and mortar attacks, which have mostly wounded Iraqi forces, but also killed an American contractor last month.