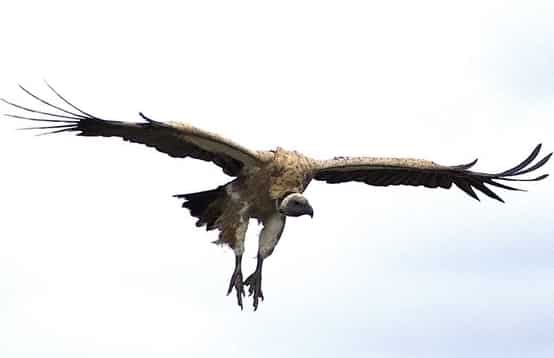 Health Editor’s Note: Obviously this U.S. Customs and Border Protection Radio Tower has been built in a vulture fly-way, one of the areas that they like to frequent and possibly call home. All we can say is “You build it and they will come”…Carol

United States Customs and Border Protection (CBP) has lost control of a radio tower in Texas—not to a downed power line or a bizarre frequency fritz, but to a flock of well-fed vultures that arrived to unceremoniously drop a deuce.

The 320-foot tower, located in the city of Kingsville, is now entirely coated in the feces, urine, and vomit of some 300 vultures who first began calling the facility home over six years ago, according to a CBP document. Bathed in this nauseating soup, railings, catwalks, supports and other structures around and inside the tower—many of which workers come into direct contact with—have become “a safety hazard,” Leah Asmelash and Hollie Silverman report for CNN.

Concerned that the infestation will compromise their ability to exchange intel on trade and border security, government officials are seeking to obtain a “Vulture Deterrence Netting System” that would make the tower less appealing to land on, before the birds’ roosting season begins in late summer or fall.

The fear of gazing skyward into a haze of fast-pooping scavengers—which will apparently also drop their prey from heights of 300 feet or more—is reason enough to call in sick to work, but the…