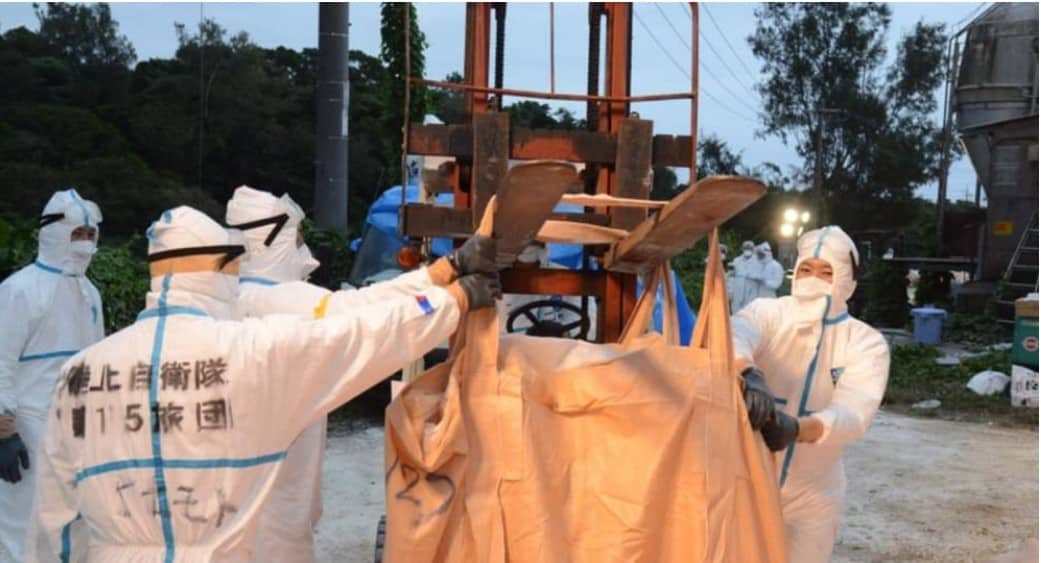 Officials from Kadena Air Base in Okinawa, Japan, have reached an agreement with the local government to provide space to bury the carcasses of hundreds of pigs culled in connection to a recent outbreak of hog cholera, also known as classical swine fever.

The US Air Force’s 18th Wing revealed in a Sunday news release that hundreds of dead pigs suspected to be infected with the “Classical Swine Fever Virus” will be buried near Kadena Air Base’s Chibana area.

According to the release, Okinawa Mayor Sachio Kuwae contacted the 18th Wing shortly after Okinawa Prefectural Government officials detected the virus in pigs on January 10.

“Okinawa is our home, too, and we want to do everything we can to help our neighbors,” said Brig. Gen. Joel L. Carey, 18th Wing commander, in the release. “I’m glad that Mayor Kuwae asked for our help and that we were able to provide the assistance he needed.”

Despite the agreement, Kazushi Kubota, a spokesman for Okinawa’s agricultural sector, clarified that while thousands of hogs have been culled following the first outbreak of hog cholera in the prefecture since 1986, not all of the corpses will be buried near the US base.

“Kadena will be the alternative site if we cannot bury all the infected pigs,” he said on Monday, reported Stars and Stripes. In order to minimize the spread of the virus, most pigs will be properly buried on the affected farms.

Photos uploaded to Facebook by the Japan Ground Self-Defense Force’s 15th Brigade show troops assisting in the quarantining of one particular farm affected by swine fever.

Investigations related to the swine fever outbreak began earlier this month after the Okinawa Prefectural Government was alerted of a farmer in the city of Uruma who lost several hogs to a respiratory illness.

“There has never been a reported case where classical swine fever has been transmitted to humans,” Okinawa government officials said in a statement, as reported by Stars and Stripes on January 10. “There is no possibility that infected pork will be sold at markets and shops.”

Members of the Japan Ground Self-Defense Force’s 15th Brigade and an additional 360 troops were tasked with culling the pigs, according to the outlet.

Though the origin of this swine fever outbreak has yet to be traced, a number of farms have been quarantined and sterilized in and around Okinawa.