Dr. Bassam Barakat has already put his fingers on the wound. The Syrian people can no longer endure the US sanctions, and solutions must be found. President Bashar Al Assad called President Putin a great friend who arrived in Syria on a surprise visit. I believe friends must help each other in difficult times. Iran, which is another ally of Syria, is in an awkward position now as the US continues to exert a heap of pressure on its people and economy.

Also, inside Syria, there is a malicious Fifth column which is taking the country deliberately to the verge of collapse by manipulating the rate of the dollar against the Syrian pound. I am afraid to say that this scheme is intended to make Assad lose his popularity among people before the presidential elections.

To be or not to be this is the question. We must defend the achievements of our Stalingrad, and not let corruption and external manipulation to steal our victory. It is high time to move and amend what must be amended. Dr. Bassam Barakat, who is a medical Dr. and Syrian intellectual wrote:

If the choice of resistance means poverty and destitution for the majority of the Syrian people, especially the honorable and elite, while rascals, losers, and opportunists make more wealth and fortunes, then it is a notorious choice.

And if the alliance with the Russian and Iranian friends only serves their interests and the interests of their Operators without heeding attention to national dignity, then we must search for economic alternatives in the West and East … The interests of Syria, its people, and the welfare of this poor, wretched people have been of concern since the domination of the area by others for the last advent 1,400 years. ….. my brothers, we are fed up… 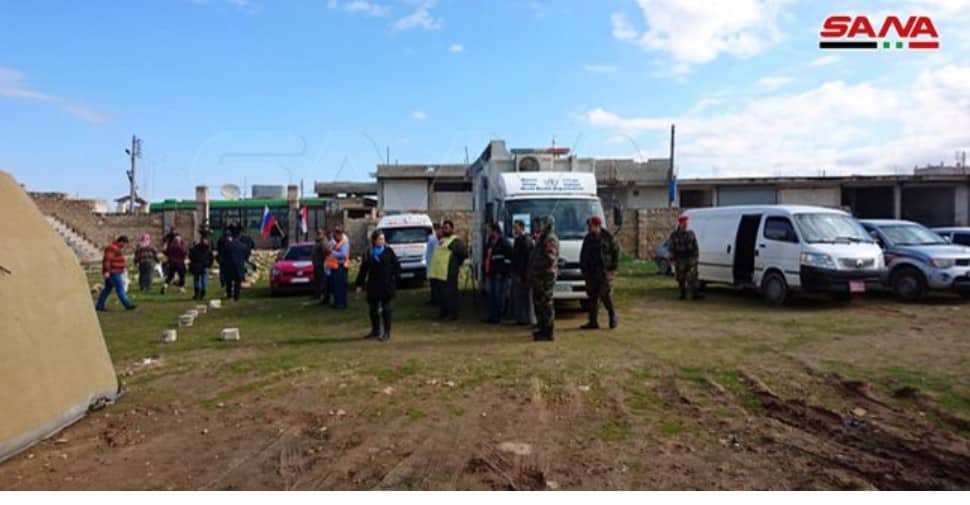 No revolution or change can happen while people are struck with hunger, poverty, destitution, and are running after a diesel bed or a gas cylinder;  or have to spend their lives trying to ensure food, and medical treatment for their children, and daily needs for their households, including fuel to resist this severe cold wave.

When those bastards who appear on TV saying that the dollar rise against the pound is fictitious when it was around the 700 and that the rise is a demonstration of our victory and economic strength, it explains how 85 percent of the honorable and academics secure bread and butter for their families when the prices have risen by 100 percent and the actual value is equal to 1020. What a joke? The Syrian government must review the 500 USD Chinese contracts and do the same. (They turned to the giant international oil companies, as long as the Russians are asleep, and they called on the international companies to extract oil and gas from our coasts, and those companies will definitely lift The sanctions against Syria, because the global policy is managed by the economy, not the other way around.)

The Iranian will also not implement any of the projects that were granted to them as usual, and when Chinese and Western competition starts, the Russian and the Iranians will join and sign contracts on our terms, not on their unfair terms for our national interest.

Glory and eternity to Syria, the homeland and mercy to the righteous martyrs and the healing of our holy wounds.

New York, SANA-UN Security Council on Friday adopted a resolution to extend the authority of its resolution related to entering humanitarian aid to Syria for 6 extra months and allowing humanitarian convoys heading for Syria to cross borders.

Syria’s permanent representative to the UN, Dr. Bashar al-Jaafari said in a statement following voting on the draft resolution that since the terrorist war on it, Syria has exerted its best efforts to guarantee the continuation of providing the basic services and offer humanitarian aid and support to all its citizens without any discrimination.

He affirmed that improving the humanitarian situation in Syria requires supporting the State’s efforts and lifting the economic coercive measures imposed in its people.

Al-Jaafari added that the Syrian government and its main partners, like the Syrian Red Crescent and many civil associations, have engaged in humanitarian work in serious cooperation with UN-related agencies and many others.

“Syria has facilitated and offered support to all international organizations with adhering to Syria’s sovereignty, independence and territorial integrity as well as the principles regulating the humanitarian file included in General Assembly Resolution No. 46/182,” al-Jaafari stressed.

He went on to say that there were a lot of humanitarian, moral and legal impetuses behind Syria’s stance in rejection of extending the authority of the resolution, which was adopted in light of artificial conditions for many causes, among them the lack of the legal feature of the so-called “co-penholders.”

Russia and china abstained from voting on the resolution.

“The so-called co-penholders and the countries that stand behind them didn’t commit to the rules of the General Assembly Resolution No.46/182 that regulates the humanitarian work and stress the need for respecting the national sovereignty of the states concerned in the humanitarian file,” al-Jaafari said.

He added that Jabhat al-Nusra terrorist organization stems from the constituents of its survival in Idleb from the support of the Turkish regime through a room of operations run in Gaziantep city.